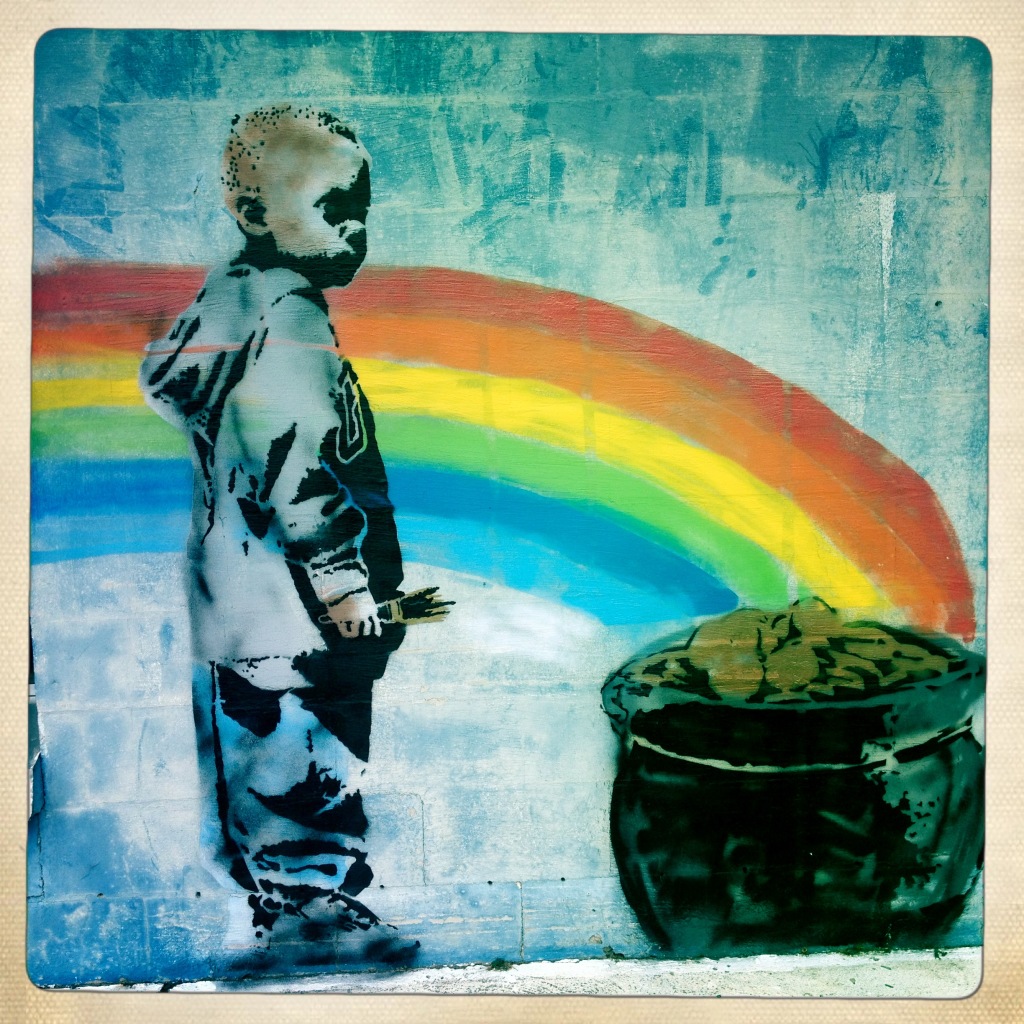 It doesn’t mean a thing
and yet he does it every day and that
embues it with meaning; it makes it
take on meaning; he wears it.
And so on.

He points to an eye and pouts when he
sees something distressing. This is for him.
Only.

He calls himself Pliny the Younger.
He is in the Botanical Gardens, this morning.
He holds an open ridge hand in the vicinity of his right ear.
He vibrates it, a fine petite movement meaning
“I love daylilys.”

On the hill of daylilies and hydrangea
he is in rapture. Hand signs. He is not concerned
with communicating anything to anyone else.
His red American Flyer bicycle with saddle baskets
is parked among the motorcycles. His mother
understands about 25% of what he is doing
at any given time. This came through close and surreptitious
watching as he grew. He has nightmares
concerning volcanoes.

Seated among the roses, now, he is thrilled by honey bees.
He smiles, dusts the nearby bench with his right hand fingertips
and shuffles his feet.

There is a stream of stuff always moving between his ears.
It seeks release. His poetry is in this gentle stampede.
He spends his days culling it out.

Anubis was a funerary god with a jackal’s head.

On a bench among the roses, now, minor Pliny rests.
He is among the Mr Lincolns. Among their heavenly perfume.
Nothing is lost on him. There is a mild tension upon his hips and thighs.
His pulse quickens. He has broached the Holy of Holies, the very place
where God physically lives, God with an attitude.

Our Pliny’s precise being is a communication. A young couple drifts past.
He joins his hands as if in prayer and lays them on his chest.

Pliny is a certified “tracker” of people and some animals.
Last week, he read from half a footprint in the red clay and knew that it was made
by a man weighing 207 or so pounds who was slightly constipated and carrying a wad of snuff
in his mouth and a tin of it in his right pants pocket and a pack of cheap cigarettes
somewhere on his person.

He can distill the essence of a whole day down to
a few well-made handpasses, a concise summation.
Adept. Inner Sanctum dweller. For many of his years,
he was godless, not even a hint of the spirit realm at all.

He is 33 years old.
He rests securely in the place between will and action,
that space separating his day down to thought and deed,
deep thought and the doing.

Poopee Lambremant died in the Spring of 1998. Pliny the Younger
went to the funeral. There was weeping and lamenting of loss.
The musicians turned it up on the way out, on the path between the graves.
He is unafraid, now, of his own mortality; the Jazz band on foot at the funeral
accomplished this for him. Pliny was tone deaf. Musically compromised. Song
meant nothing to him until that day when it was added in. At some moments,
now, he is a symphony, even a stirring thing
of worship.