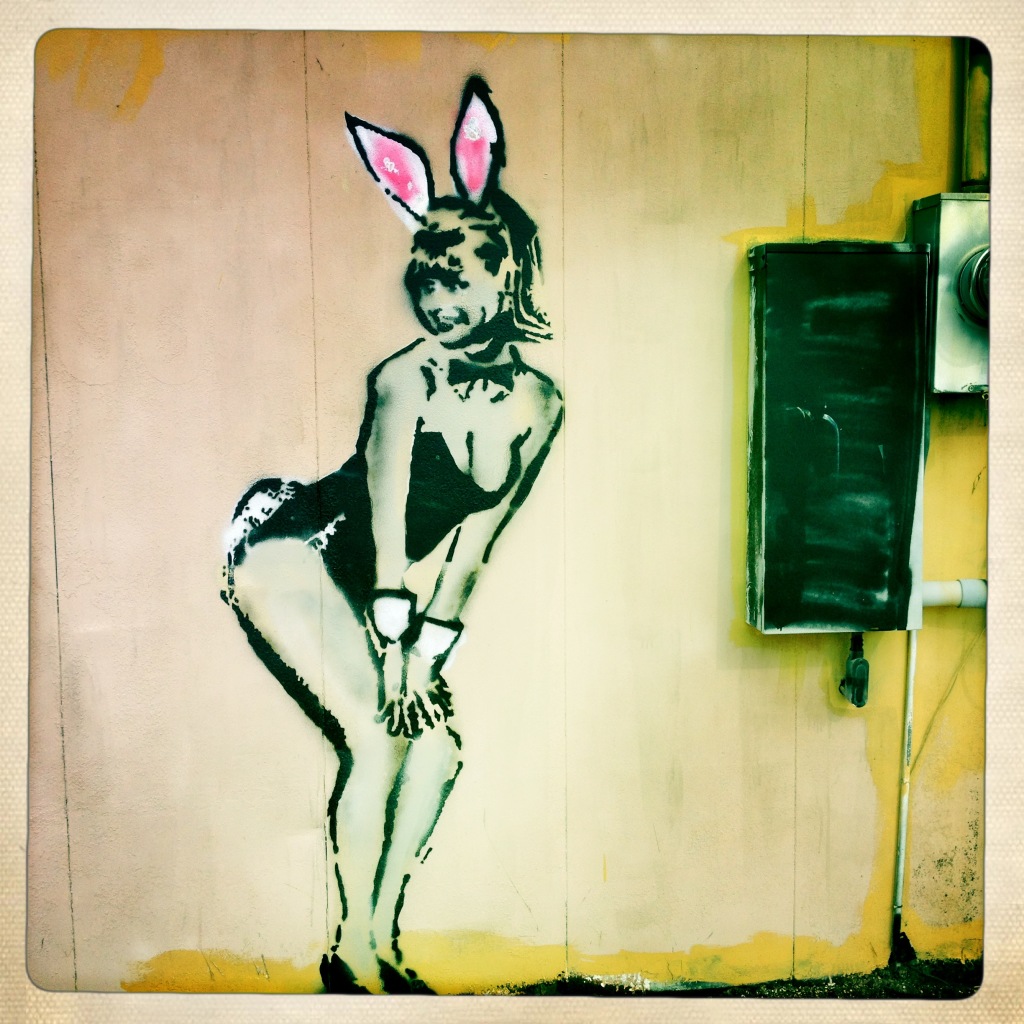 David Appelbaum treads a thin line between poetry and philosophy. A professor of philosophy at SUNY New Paltz, his work in a series of books focuses on the performance of voice. Publisher of Codhill Press, which he founded fifteen years go, he has produced a booklist of nearly one hundred titles, including several local authors. A number of collections of his own poems have been published, including most recently Jiggerweed [Finishing Line Press, 2011] and Letters and Found Poems of Edisa and Chloe [Codhill Press, 2012].

Gonzalinho da Costa is the pen name of Joseph I. B. Gonzales, Ph.D. He teaches Methods of Research in Management, and Managerial Statistics at the Ateneo Graduate School of Business, Makati City, Philippines. He is a management research and communication consultant, and Managing Director of Technikos Consulting, Inc. A lover of world literature, he has completed three humanities degrees and writes poetry as a hobby.

Arkava Das lives in Delhi with his wife, Nidhi, and his father. Most of his work owes something to bilingualism—a condition that frequently involves balancing two possible worlds—a Will Alexander with a Jibanananda, a Vasubandhu with a Guattari. He has some work in Jacket2, Counterexample poetics, Big Bridge and Blackbox Manifold, and is on the editorial board of the Triggerfish Critical Review. He has recently joined the MA course at JNU, Delhi.

Holly Day was born in Hereford, Texas, “The Town Without a Toothache.” She and her family currently live in Minneapolis, Minnesota, where she teaches writing classes at the Loft Literary Center. Her artwork has recently appeared on the covers of QWERTY Magazine and The Grey Sparrow Journal.

Colin Dodds grew up in Massachusetts and completed his education in New York City. He’s the author of several novels, including WINDFALL and The Last Bad Job, which the late Norman Mailer touted as showing “something that very few writers have; a species of inner talent that owes very little to other people.” Dodds’ screenplay, Refreshment, was named a semi-finalist in the 2010 American Zoetrope Contest. His poetry has appeared in more than a hundred forty publications, and has been nominated for the Pushcart Prize. The poet and songwriter David Berman (Silver Jews, Actual Air) said of Dodds’ work: “These are very good poems. For moments I could even feel the old feelings when I read them.” Colin lives in Brooklyn, New York, with his wife Samantha. You can find more of his work at thecolindodds.com.

Terry Ehret, one of the founders of Sixteen Rivers Press, has published four collections of poetry, most recently Night Sky Journey from Kelly’s Cove Press. Literary awards include the National Poetry Series, California Book Award, Pablo Neruda Poetry Prize, Nomination for the Northern California Book Reviewer’s Award, and five Pushcart Prize nominations. From 2004-2006, she served as the poet laureate of Sonoma County where she lives and teaches writing.

Karen B. Golightly is an assistant professor of English at Christian Brothers University, where she teaches creative writing, Victorian literature, and lots of other courses. She has a PhD in Nineteenth Century British and Irish literature and an MFA in fiction. She has taken graffiti photos all over the United States, in an effort to change the face and perception of this most public art. Her work often focuses on textures as well as the interference of the urban world on graffiti. Her writing and photography has been published internationally in literary journals, newspapers, and magazines. She lives in Memphis, Tennessee with her three children.

Ulalume Gonzalez de León (1932-2009) was born in Uruguay and became a Mexican citizen in 1948. In the 1960’s and 70’s, she was an inspirational leader of a generation of women writers experimenting with language. Her poetry earned her many awards, including the Xavier Villaurrutia Prize, the Flower of Laura Poetry Prize in 1979 (the Center for International Studies) and Alfonso X Prize.

Ed Higgins: My poems and short fiction have appeared in various print and online journals including: Monkeybicycle, Pindeldyboz, Dark Sky Magazine, Tattoo Highway, Word Riot, Foliate Oak, and Blue Print Review, among others. My wife and I live on a small farm in Yamhill, OR, raising a menagerie of animals including two whippets, a manx barn cat (who doesn’t care for the whippets), two Bourbon Red turkeys (King Strut and Nefra-Turkey), and a pair of alpacas named Machu & Picchu. I teach creative writing and literature at George Fox University, south of Portland, OR., where I am also Writer-in-Residence.

Andy Irish learned to read and write when he was eleven and hasn’t stopped since. His writing is influenced by many things. Main contributors are his checkered past, his bright future and his love for words, alliteration, and tongue twister rhymes. From Seattle, WA Andy is currently living in Newberg, OR.

John Johnson is an award-winning poet whose work has appeared in many print and online journals, including BOXCAR Poetry Review, Clade Song, Triggerfish Critical Review, and Web Conjunctions.

Tennae Maki is a weekend writer who works for an architecture firm by day. She holds a Master’s degree in Art History, where she studied architecture zines and urban planning. On a pro bono basis, she is also the audio archivist for a Brooklyn based arts radio station. Her work has been published in numerous print and digital literary journals, including; 491, Spillway, Eunoia Review, Futures Trading, The Bicycle Review, Lone Star Poetry Magazine, and Pure Francis.

Bryan Merck has published in America, Amethyst Arsenic, Eunoia Review, Triggerfish and others. He has fiction forthcoming in Moon City Review and poetry forthcoming in Mystic Nebula and others. He is a past winner of the Southern Literary Festival Poetry Prize and the Barkesdale-Maynard Fiction and Poetry Prizes. He lives in south Georgia with his wife Janice. He is at [email protected].

Nancy J. Morales, a first-generation American of Puerto Rican parents, earned her Bachelor’s degree from Rutgers College, a Master’s in teaching English as a Second Language from Adelphi University, and a Doctorate in Education from Teachers College at Columbia University. She has taught at Dominican University and College of Marin, California State University, Sonoma, and other schools, from elementary to graduate levels.

Tamer Mostafa: my work has been featured in California Quarterly, The Rag Literary Magazine, Poets Espresso Review, and No Infinite, and also a poem in the Fall 2013 Issue of Confrontation. Also, I have been the recipient of the first place 2011 CSU Sacramento Bazzanella Literary Award in Creative Non-Fiction and the 2013 Lois Ann Latin Rosenberg Prize for Poetry.

Simon Perchik is an attorney whose poems have appeared in Partisan Review, The New Yorker, The Nation and elsewhere. His book of poems, Almost Rain, reviewed in this issue, was published in 2014 by River Otter Press. For a complete bibliography, please visit his website at www.simonperchik.com.

Jonathan Riccio studied viola performance at Oberlin College and the Cleveland Institute of Music. An MFA candidate at the University of Arizona, his poems have appeared in Bird’s Thumb, Blast Furnace, Petrichor Review, Small Po[r]tions, Plenitude, and Your Impossible Voice. He is a coordinator of the Tucson-based WIP Reading Series.

Dvorah Telushkin: Between 1975-1988 Dvorah Telushkin worked as a personal assistant, editor, and translator for Isaac Bashevis Singer, the Yiddish writer who won the 1978 Nobel Prize in Literature. Her translations appeared in The New Yorker, and in collections of Mr. Singer’s stories published by Farrar Straus and Giroux. In 1997, she published her memoir, Master of Dreams, telling the story of her twelve-year apprenticeship with Mr. Singer. The book received wide critical attention, including a review in The New York Times. The Weekly Standard called the book “a fully realized portrait of a writer… a reminder that the author’s life was as fascinating as his best fiction.” She is currently completing her first novel, The Cry of the Loon. In addition, she has recently completed a one-woman show, In Search of the Perfect Pocketbook, which is currently being launched. In 2013, she published in the poetry journals, The Light Ekphrastic, Literary Juice, and Orion Headless.

Ed Wickliffe has lectured in poetry and creative writing at the University of South Florida’s annual writers’ conference. He offered poetry classes through the Carrollwood Cultural Center in Tampa, FL, and was poetry judge for the annual writing contest sponsored by a regional Tampa Bay teachers association. He is a former administrator of a popular e-poetry workshop. Ed is a retired sales manager and information technology consultant with business and economics degrees. Songwriting credits include “Toaster Boogie”; “Welders in the Night”; and “Rambler Runnin’ Blues”, a divorce song that played on the Chicago nightclub circuit in the 1980s. Plus the knockoff song “O, NASCAR Tree!”, a Holiday longing for race cars in the snow. Against all likelihood, poetry includes Rattle, Meow Anthology, and Triggerfish Critical Review (because a friend of mine runs the place). There may be other credits not recalled, along with various nominations for “best of the web” judging.