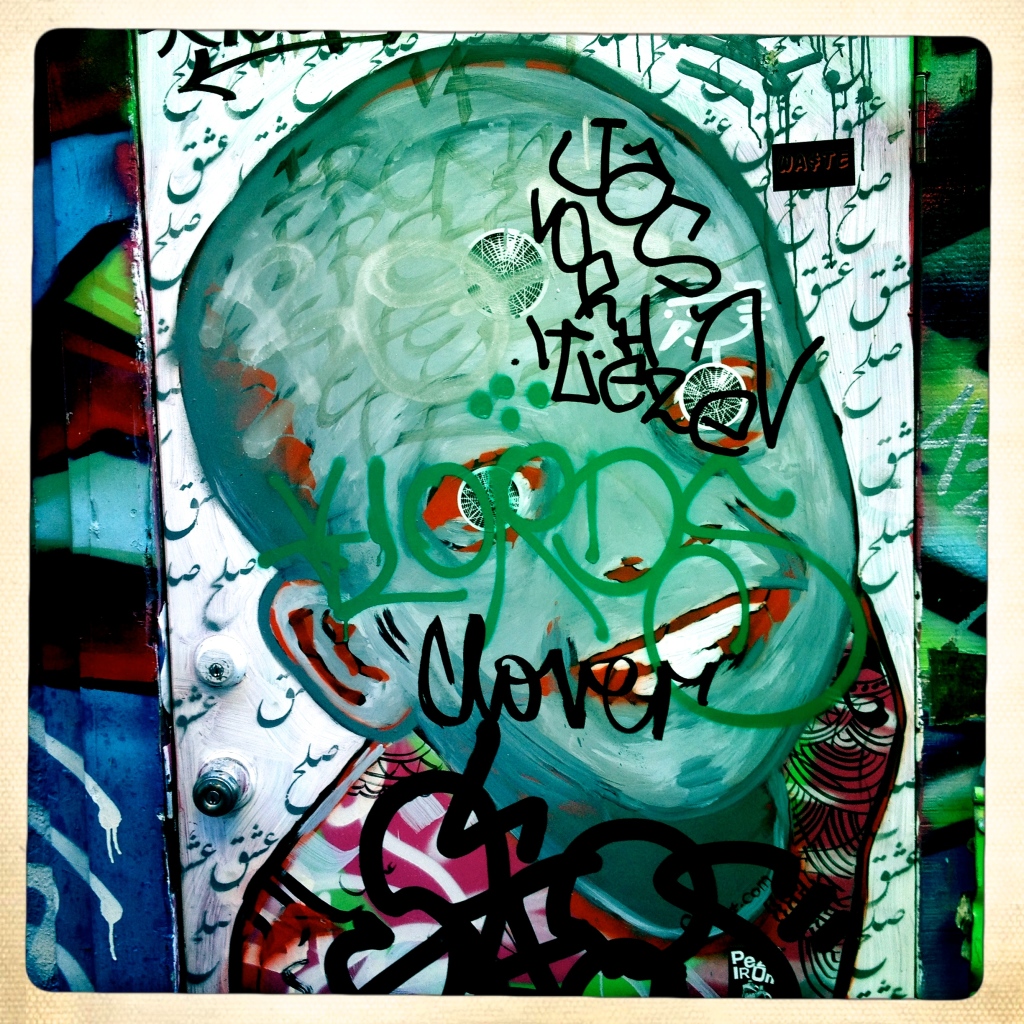 “The cosmos is about the smallest hole that a man can hide his head in.”
-GK Chesterton

It all starts in a room. There are six chairs arranged as a forest around a raised platform where a Figure rests, a syringe rests against its thigh. Footsteps draw near, each a sealed concert, indistinct breeze. The Figure calls itself Deleuze, gives in after a few more hours, calls itself Bacon, gives in after a few more hours, draws some Chinese characters on its blotched skin, vomits.

“Or else, on the contrary, it will flatten itself and stretch itself into a thick mirror”

But when did we start speaking? The drama, the athletics of the Figure, the autopoiesis of the body, aren’t these already there, even before we tried establishing communication? In the triptych of rhythms in the body, outside the body and on the canvas, beyond our control and therefore within our gaze? Are we communicating? Having a conversation, talking more urgently into our palms, every gesture substantiated by a voice that we give in to more and more, that arrives with a distinct pause, that we trust more and more?

A suggestion. Have a conversation with a friend you trust, call him up on his phone as he sits across from you, look each other in the eyes, and talk to each other, keeping both corridors open. Both eyes and ears. The one coming out of the phone always wins you over. Soup of senses and forces always trickling to the dark side of surveillance.

I open the book at any page and always this relentless stream of interrogation. Especially when I am alone. It is never the same book twice.

That is not to say the book does not reference several Bacon paintings (most notably the Figure at a Washbasin, 1976) or come up with a systematic analysis in jumps and starts. (Each painting is shown to be a triptych, to have defined harmonic shades opening and shutting in the background. “An armature or structure, a Figure, a contour.”) But to see through Deleuze’s eyes also means to participate in the thinking that goes on around or behind the eyes. To experience each painting as a description of experience, as an apology for such description, and finally as the body of such an apology scribbling its thoughts on the wall.

Deleuze talks shop, talks Lyotard, talks Artaud, talks Beckett, talks Lawrence, talks Foucault, talks Bacon, but mostly he talks the paintings. And here we go beyond the hydraulics of process and representation and enter the surprise of what a picture really is. The name Wittgenstein, absent in A Thousand Plateaus, enters the book on P. 71 to introduce a single phrase, “possibilities of facts,” and then fades, but as an echo more distinct than any smile and welcoming us in.

The first thing to consider. Not the scream/ body/ meat. But the fact that we are talking about it. What do we imagine when we say we see a picture or we picture this or that? Deleuze traces Bacon’s paintings as if he is meeting them for the first time in an empty house after dark. There is as much surprise and athleticism as there is furious thinking. For Deleuze is guided by the sensation of color and the Figure that sensation provides.

“Save the contour—nothing is more important for Bacon than this … The diagram must not eat away at the entire painting, it must remain limited in space and time.”

Deleuze’s text frames the Figure, not to feed and take care of it, but to enter its cage, and take up its rightful position.

Note:  An earlier version of this essay appeared in Entropy Magazine