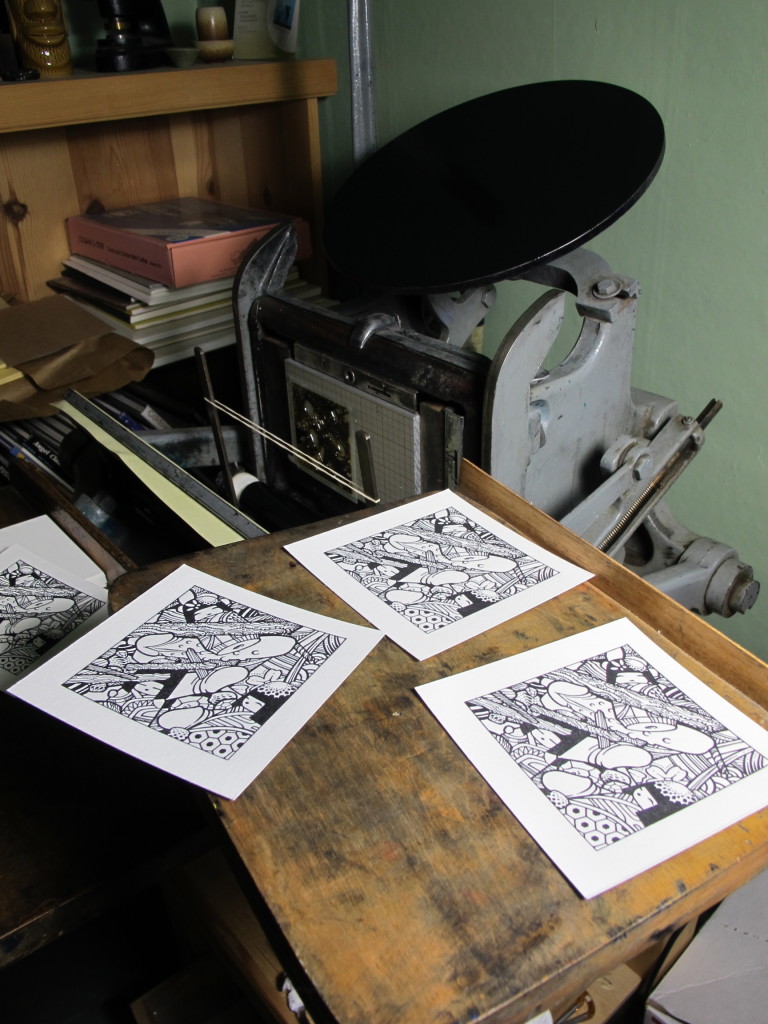 C.A. Allen currently resides in New England and works full time as a barista in addition to writing. She got her BA in Creative Writing at Albertus Magnus College, and has had poetry published in their literary magazine, Breakwater three times. She is also the author of four fantasy books, A Dewdrop Away and the Dewdrop Prequel Trilogy, all of which can be found on Amazon.com. She can be found at www.caallenblog.com or under the twitter handle @c_a_allen.

Carl Boon lives and works in Istanbul, Turkey. Recent or forthcoming poems appear in Posit, The Tulane Review, Badlands, The Blue Bonnet Review, and many other magazines.

Anthony Cappo’s poems have appeared in Connotation Press – An Online Artifact, Stone Highway Review, Pine Hills Review, Yes Poetry, The Boiler Journal, and other publications. His chapbook, My Bedside Radio, will be published by Deadly Chaps Press in 2016. He received his M.F.A in creative writing from Sarah Lawrence College. Anthony lives in New York City, where he practices guitar and sings ‘70s pop songs to anyone who will listen.

Douglas Clark is a retired nurse living in Spain who enjoys writing poetry. For much of his professional life he managed health, nutrition and water and sanitation projects in Latin America and the Caribbean. He has a BA in English from Tufts University and a Masters in Public Health from Columbia University.

Darren Demaree’s poems have appeared, or are scheduled to appear in numerous magazines/journals, including South Dakota Review, Meridian, The Louisville Review, Grist, and the Colorado Review. He is the author of As We Refer To Our Bodies (2013, 8th House), Temporary Champions (2014, Main Street Rag), The Pony Governor (2015, After the Pause Press), and Not For Art Nor Prayer (2015, 8th House). He is also the Managing Editor of The Best of the Net Anthology. He currently is living and writing in Columbus, Ohio with his wife and children.

Colin Dodds grew up in Massachusetts and completed his education in New York City. He’s the author of several novels, including WINDFALL and The Last Bad Job, which the late Norman Mailer touted as showing “something that very few writers have; a species of inner talent that owes very little to other people.” Dodds’ screenplay, Refreshment, was named a semi-finalist in the 2010 American Zoetrope Contest. His poetry has appeared in more than a hundred forty publications, and has been nominated for the Pushcart Prize. The poet and songwriter David Berman (Silver Jews, Actual Air) said of Dodds’ work: “These are very good poems. For moments I could even feel the old feelings when I read them.” Colin lives in Brooklyn, New York, with his wife Samantha. You can find more of his work at thecolindodds.com.

Alex Duensing, a graduate of William Paterson and Columbia Universities, believes that a good poem should grant a boon to its readers: provide new knowledge, furnish new abilities. By encountering this work you hereby release Mr. Duensing, his wife, and his numerous pets from the consequences of any boon that may result from this poetry–including but not limited to your finding yourself flying to the moon.

Waldeci Erebus is a poet of dark matter. Born from Chaos on the Styx, akin to Nyx, and father of Geras, he is the intimate of Ewald E. Eisbruc and Ludwic E. Barese. Earl Dolan Page and Jorge Luis Borges are the North American and South American poets he most admires.

Nels Hanson grew up in California’s San Joaquin Valley and has worked as a farmer, teacher and writer/editor. His fiction received the San Francisco Foundation’s James D. Phelan Award and Pushcart nominations in 2010, 12, and 2014. Poems appeared in Word Riot, Oklahoma Review, Pacific Review and other magazines and his poetry received the 2014 Prospero Prize from the Sharkpack Review and 2014 Pushcart nomination.

John Johnson is an award-winning poet whose work has appeared in many print and online journals, including BOXCAR Poetry Review, Clade Song, Triggerfish Critical Review, and Web Conjunctions.

Rio Jones: I publish visual poetry on Instagram under the user name RioJones7. My work has been featured by The Huffington Post, The Poetry Foundation, Aplus.com, Poets & Writers, and The Instagram Blog. I currently live between New Mexico, Mexico and Guatemala, working as a translator of indigenous-language poets and hip hop artists. My first book, Water that Sounds like Stone was published in December of 2014 by Well & Often Press, Brooklyn.

Dave Mehler lives in Newberg, OR and edits Triggerfish Critical Review. Poems of his have appeared in MonkeyBicycle, Randomly Accessed Poetics and his chapbook, God Truck Nature was published in a chapbook anthology, Burning Gorgeous, Seven 21st Century Poets. He and his wife own The Coffee Cottage in Newberg.

Tamer Mostafa is a Stockton, California native whose writing has been influenced by many, but directly affected by the teachings of Joshua McKinney, Alan Williamson, and Joe Wenderoth. He has published over 30 literary works in various journals and magazines such as Confrontation, The Rag, Poets Espresso Review, Stone Highway Review, and Phantom Kangaroo.

Lynn Otto is a 2015-16 resident associate at the National Humanities Center (North Carolina) and a member of Triggerfish’s editorial advisory board. Publications include poems in Raleigh Review, Plain Spoke, Strong Verse, Centrifugal Eye, Triggerfish Critical Review, and Winged: An Anthology of Writing about Bees. She holds an MFA from Portland State University.

Simon Perchik is an attorney whose poems have appeared in Partisan Review, The New Yorker, The Nation and elsewhere. His book of poems, Almost Rain, was published in 2014 by River Otter Press. For a complete bibliography, please visit his website at www.simonperchik.com.

Gabrielle Peterson is an art writer and poet currently living in Chicago, Illinois. She reviews ﬁction for Midway Journal, and has written work that appears in Chimes & Sirens and the Literary Bohemian. She has been writing all her life and plans to continue until she has nothing left to say.!

Dixie Salazar has published four books of poetry: HOTEL FRESNO by Blue Moon Press in 1988, REINCARNATION OF THE COMMONPLACE (national poetry award winner) by Salmon Run Press in 1999, BLOOD MYSTERIES by University of Arizona in 2003 and FLAMENCO HIPS AND RED MUD FEET by Univ. of Arizona Press in 2009. LIMBO, her novel, was published by White Pine Press in 1995. CARMEN AND CHIA MIX MAGIC, a young adult fantasy novel was published by Black Opal books in May of 2014. She has also published numerous poems and some short stories in about sixty different literary journals, including, THE MISSOURI REVIEW, THE RED BRICK REVIEW, POETRY INTERNATIONAL and PLOUGHSHARES, as well as quite a few anthologies such as MANY CALIFORNIAS, UNSETTLING AMERICA and HIGHWAY 99.
Her newest collection ALTAR FOR ESCAPED VOICES was published by Tebot Bach in 2013. Currently she shows oil paintings and collage work at the Silva/ Salazar studios at 654 Van Ness in Fresno, California. She has also taught extensively in the California prisons and the Fresno County jail and is currently involved in The Eco Village Project to develop housing for the homeless. Website: dixiesalazar.com.

Jared John Smith: Jared John Smith wrote the novel Rabbit, a meditative rant on road tripping 4,000 miles to meet his father. Jared’s fiction can be found in Nailed Magazine, Gravity of the Thing, Triggerfish Critical Review, and War Stories: an anthology from the Post 134 How War Affects Us Workshop. His next published work will be Our Blue Devils: A Literary Mixtape, with poetry and prose interwoven to tell a larger story of a divorce and navigating the 2015 dating scene. Jared is a member of the Legion Readers.  Links: www.jaredjohnsmith.com
www.post134.com

Benjamin Schmitt’s poetry has been published or is forthcoming in Hobart, Wisconsin Review, Grist Journal, Two Thirds North, Similar Peaks, and elsewhere. His reviews of poetry appear in At The Inkwell. In 2013 Kelsay Books released his first book entitled The global conspiracy to get you in bed. He lives with his wife in Seattle where he teaches workshops to both children and adults.

Robert Joe Stout is a journalist, emigrant, human rights advocate and writer focused on Mexico, social issues, baseball and personal relationships; author of novels, nonfiction, poetry and tweets; his work resides in Pinyon, Open Democracy, Abbey, Prick of the Spindle, America, Exit 13 and many other magazines and journals.