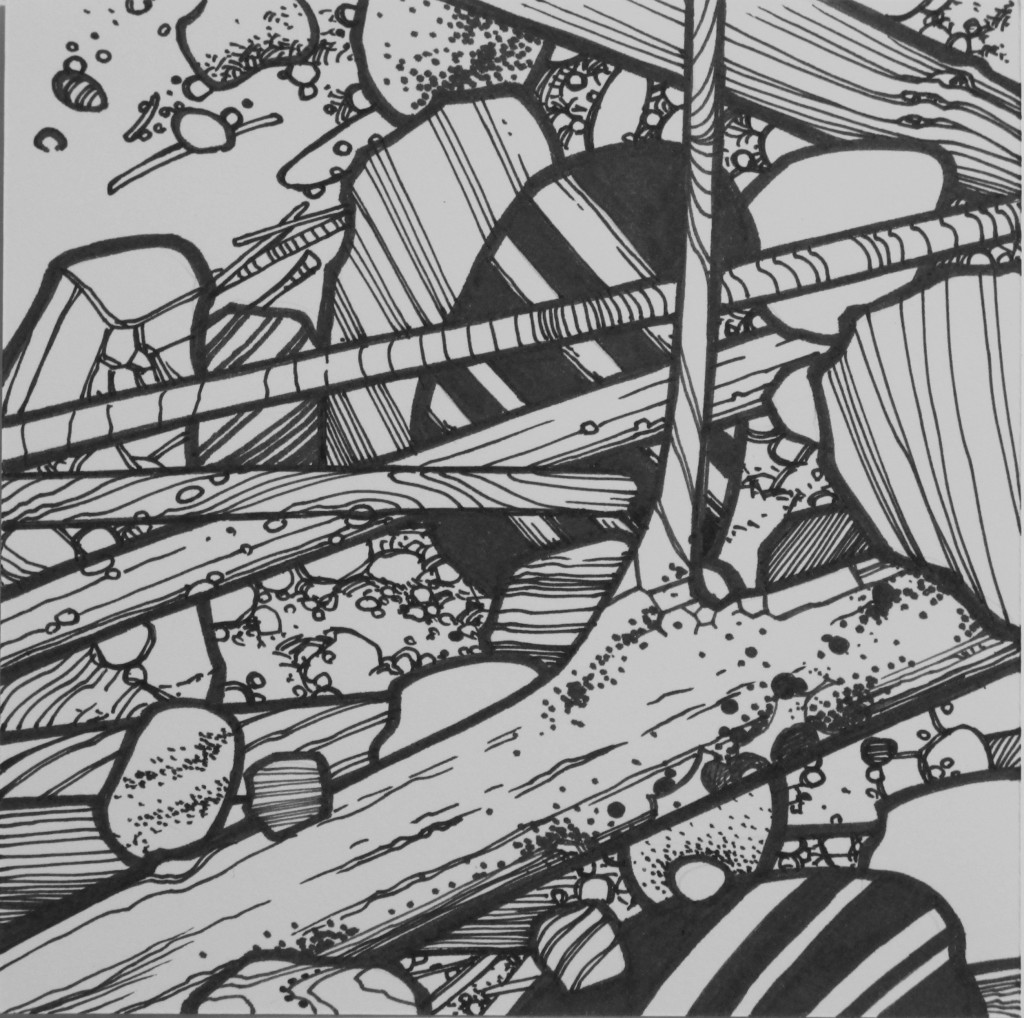 In some respects reminiscent of Louise Glück’s The Wild Iris, David Appelbaum’s The Spindle Tree has its own concerns, quietly fretting over the frustration of one’s limitations and the seeming indifference of God. Glück’s The Wild Iris comes to mind because many of Appelbaum’s titles are the names of plants (e.g., “Mountain Laurel,” “Moss”) and many are the names of canonical hours/prayers (e.g., “Lauds,” “Vespers,” “None”). They don’t all fit these two categories, however: some are descriptions of weather (e.g., “Late Thaw) and some are aspects of landscape (e.g., “Cliffs”). As in Glück’s collection, many poems address a “you” that one could read as God (and in a few poems, e.g., “Matins” [27] and “Terce” [28], God seems to be the speaker). Unlike Glück’s collection, however, few of the poems’ speakers are the plants themselves.
Interestingly, in “White Pine,” the pine is the speaker, but it speaks of its inability to speak: “I cannot call to you. / My voice is frozen” (26: 1-2) The idea is repeated: “[A]ll tongue and no wind / in the nervousness of bearing thought” in “Late Thaw” (14: 17), “dumbstruck” and “chittering” in “Prairie Rose” (17: 8, 13), “stutter[ing] / my name” in “Terce” (18: 7-8). The collection’s title and subtitle are two names for the same tree/bush, also known as “burning bush,” which, along with the articulations of inarticulateness, bring to mind the Exodus story of God’s speaking to Moses from a burning bush (burning, but not consumed). In the biblical story, God calls Moses to be the spokesperson for the children of Israel. Moses tries to refuse God’s assignment on the grounds that he’s a poor speaker, but God insists. And Moses is indeed mentioned in the fourth stanza of “The Holly Bush” (11: 15-17): “If I were Moses, I would bear / with probity where I am remiss / in placing my desire before yours.”
This awareness of shortcomings, of an internal antithesis, threads through the collection. For example, the title poem expresses a desire to be whole instead of broken or split in “two, dead wood and live,” to “become upright” instead of “bent.” This desire is also articulated in the poem “White Pine” (26: 7-13):

Unless it is your design
to leave me mute
hollow for the wind to play
at least make up upright again
so that my peak might serve
as refuge for song sparrows
and the glory of twilight.

“A life may fail / made too wanting to be fertile” says “Invitatory” (2: 15-16) a poem recalling coldness—a cold landscape, a cold relationship (“You gave no call to answer” 13). And in “Pachysandra,”

You seal the earth once friable
beneath a sheath of ice
so the boot heel leaves no mark. (3: 3-5)

I serve what I imagine to be you
while the earth dearly wants
my step to press it and leave a mark
you could then read and praise. (11: 19-22)

Because of repeated references to someone named Dorn and to birth (sometimes of twins, with an allusion to the biblical Jacob and Esau in “The Oak Gall”), I sense a narrative behind the collection, but the poems reveal only glimpses, and fuzzy ones at that. In the first lines of the first poem, “Thunder Snow,” the speaker describes this sense of an event happening about which only bits are perceived.

The sound of glass shattering
then a blue shine far off, then nothing.

Then it was over.

What is “it”? In the next line, “it” reappears, but it seems to be a different “it”: “When it opened and I was out / there was earth on my check / and air in my lungs.” One “it” an event, and the other something that can open. The poem continues with a sparse, image-built narrative of what seems to be a birth (after a near neonatal death and a certain maternal death).

Here and there are glimmers of warmth beneath the ice, beauty, some hope of rebirth, resurrection, (perhaps relationship?), but “I cannot speak of joy,” says the speaker in “Fieldstone” (29: 6) and this seems to be true of the collection. The poems strain toward something perceived as impossible—to me, they express a drive, a desire—to know God, to matter, to live with integrity—and a great frustration at the remoteness of God, the inconsequence of our lives, the broken things we are. They are challenging poems, and some are perhaps too internal and could do more to welcome the reader, but the collection still resonates and satisfies.