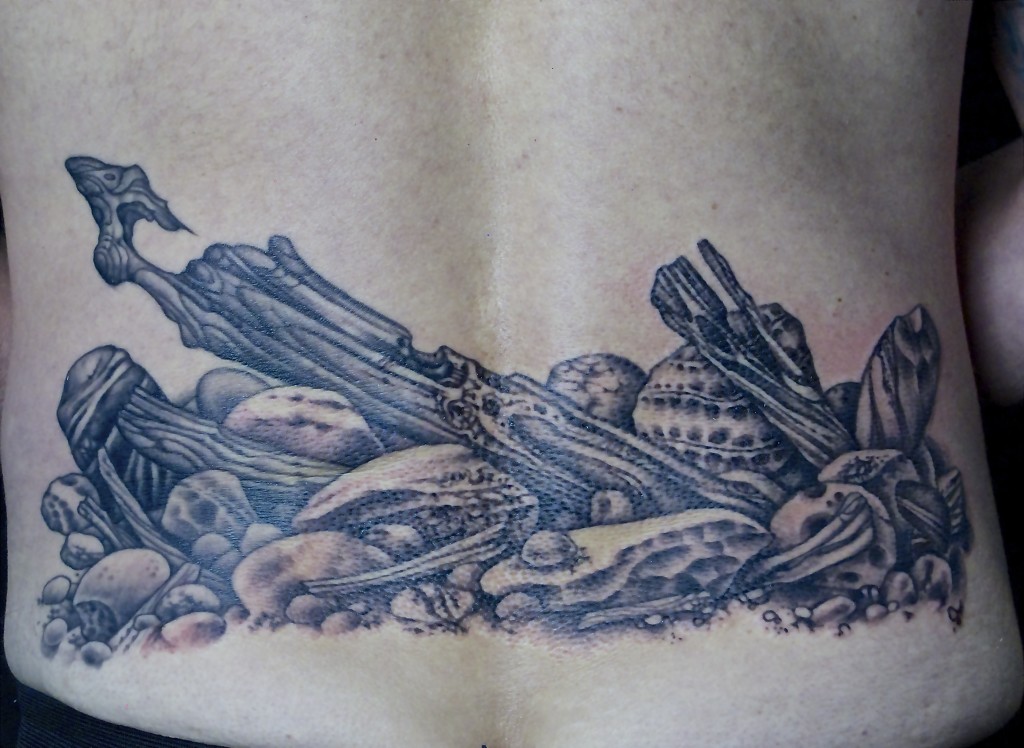 How does a photograph sound as
it is taken from a wooden desk drawer?
Not its pine planks rolling on aluminum tracks
in the back of Miguel’s office,
nor the treads of his white sneakers
as he crosses the linoleum floor
to show me one of his brothers, Rigo,
whose bones lay somewhere in the desert,
in that borderless stretch where water jugs
hide amidst the brittle shade of nopales.
It’s a common story back in the States –
those who spend their earnings on beer,
their families never to hear from them.
But before I could even dare to ask,
‘How are you sure?’ Miguel said some compañeros
had called months after to tell: “He could not
walk any longer,” they simply said, “And we
had to keep moving.” How

does a photograph sound when it is passed
into your hands? Not the plastic gasp –
the glossy Kodak rectangle as it bends –
but the sounds of market goers outside.

He, Rigo, stands in front of a gift shop.
I know the storefront, just two blocks from here.
Pink and white stuffed bears, black-eyed puppies,
and glossy umbrellas sized for little girls
hang behind him in the showcase window.
His hands are in his pockets. Although
he seems at peace, he does not exactly smile.
He wears a white Adidas hoodie
and one of those knitted caps with the brim
turned back. How does someone look
in a photograph when he already has plans
to leave? And how does the photographer sound

when she asks her youngest son if he might pause
in the street, in front of that gift shop, just
two blocks from here, to take a picture?
And, anyhow, what do you say
as an American writer “working” here
in Guatemala, who comes from New Mexico,
who has hiked through that desert and seen
the jugs of water camouflaged in the cactus shade?
“Lo siento,” you mumble. I feel you.
‘I am so very sorry,’ you think in English,
and it sounds a bit

like a photograph being passed and placed back
in a desk drawer, the aluminum tracks
slide as they open and close.
Mostly the silence, though, and a few footsteps
from the market goers outside.

I love how the sensory descriptions in this poem are so linked to the narrative. This expresses to me the way that people really experience pictures. For most of us a photograph is not merely a photograph. There is a story behind all of the pictures that mean something to us sure, but there is also something almost magical about them as well. Something we perceive beyond the mere sense of sight.

The details the poet chooses to share are just enough to maintain an anxious mood throughout the work. Even the title of the poem gives us a sense of foreboding, as we quickly realize the odds against the man about to make this journey.

An inanimate object making a pretend sound is a lovely thought. The last thirteen lines show the speaker empathizing with the object as opposed to giving the object a sound. The inability to communicate or empathize with another human being is central here.

Favorite takeaways:
How does someone look / in a photograph when he already has plans / to leave?
It’s a common story back in the States