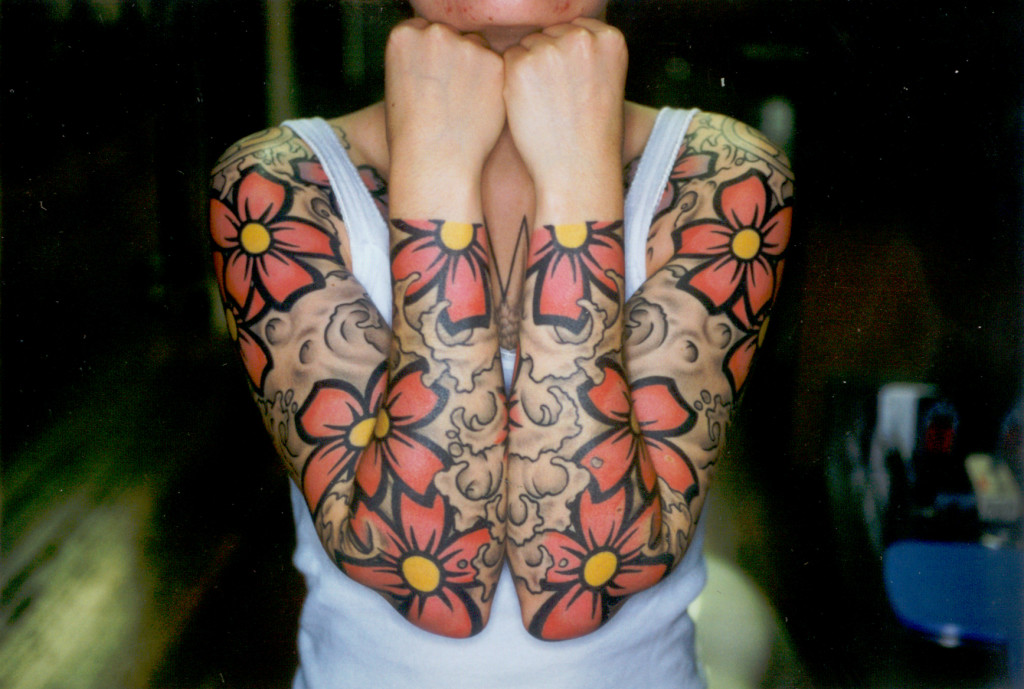 It was enough to be back where swinging doors
lead backstage, where hairpins and aprons
are adjusted in mirrors streaking
with droplets of sweet moistures condensed.

Enough to be back where men order for two
and women ask for extra sauce – they´d wish
for everything in one night
if the half-life of hope was a weekend.

Enough to be back in this rusted car
driving home in darkness,
when the cash in my pocket is damp and uncounted,
lipstick faded low on my neck from our break
in the walk-in, where shelving rattles.

A third of my face in the rear view,
the FM radio mumbling something about Friday night,
the entire night static,
blurred streetlights and bold, green highway signs.

The poem begins with a nice sense of music and texture: “It was enough to be back where swinging doors / lead backstage, where hairpins and aprons /are adjusted […]” On my first reading of the poem, those lines really wowed me. But it’s too bad that Jones couldn’t maintain that lively music throughout the poem, for immediately it breaks down: “streaking / with droplets of sweet moistures condensed.” The final two lines of the first stanza are lively, but the sweeping musicality is lost in the overly precious “droplets of sweet moistures.” Perfume? Sweat? What, after all, is sweet about them?

Nevertheless, I think this poem has a lot of potential if Jones can find a way to be a little more understated and less poetic-sounding. Take, for instance, the last line of the second stanza (which is indented for no obvious reason): “if the half-life of hope was a weekend.” Like a lot of contemporary poetry I read, it sounds good but doesn’t really mean anything. It flies, but it shouldn’t have to fly in a poem that’s concerned with a cheap, sweaty, smoky show-tavern. I would also ask him why he chose to use the less common form of the conditional (“was” instead of “were”). To my ear, “were” sounds much smoother.

Beyond the problems of the poem, however, Jones is able to create a nice contrast when we get back into the car in the darkness. Set that quiet, dark ride on the highway against the noisy, colorful tavern: that contrast, I think, emerges as the center of the poem, what the poem wants to be about.

While the flaws in this poem need fixing (including an over-abundance of adjectives), I think it can certainly in revision become a powerful expression.