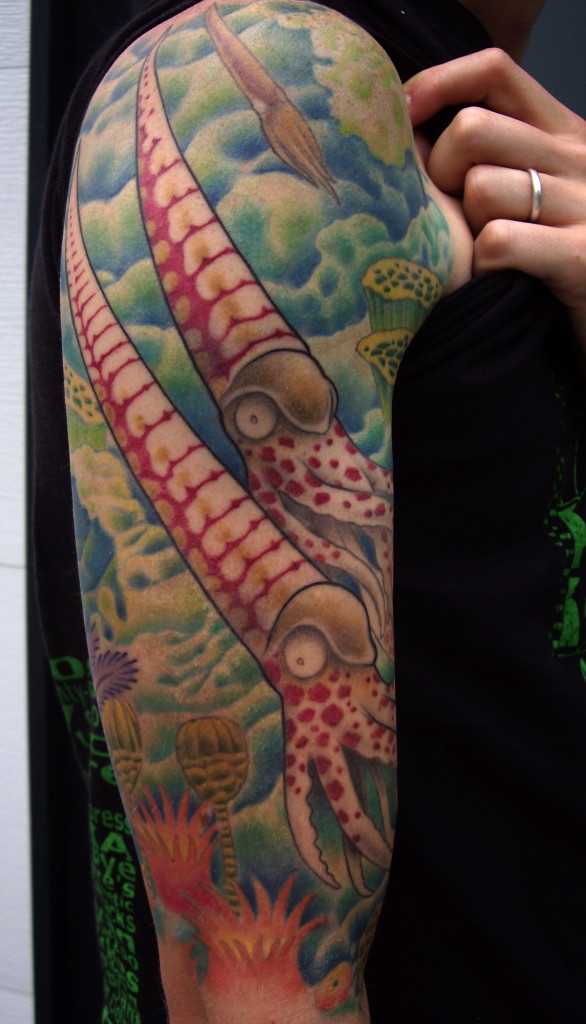 This issue of Triggerfish is dedicated to the memory of poet and contributor to this issue, Christopher Mulrooney. It’s with great regret that I inform you that Christopher passed away of a massive coronary in July before he could write any reviews of fellow contributors (which he had offered to do), or see his poems in this issue published. He was an extremely prolific and dedicated West Coast (L.A.) poet, critic, and translator of poetry, particularly the French prose poets. An obituary written by his long-time partner, Heather Lowe, and published by Hesterglock press, which was in the process of publishing his chapbook can be found here: https://hesterglockpress.wordpress.com/2015/08/04/sad-news-regarding-poet-editor-playwright-translator-christopher-mulrooney/ . A website with his poetry and translations can be found here: http://christophermulrooney.net/ –a rewarding and labyrinthine place to spend lots of time. His work is often epigrammatic and profound, rich in wit in the classic sense, and humor. The poem, “critic,” in this issue is characteristic of the sometimes enigmatic humor, the gentle self-deprecation and wry acerbic wit in so few words; a finely wrought miniature in which poets who are also critics sometimes find themselves alternately the victims and the victimizers. And really any poet who reads poetry becomes a judge of it, whether they write criticism or not. We’re proud to feature his work in this issue and will miss him and any future work he might have written and sent on.

Also in this issue we are excited to feature London Bellman, a visual artist who makes his living as a tattooist, and lives and works out of Atomic Art Studio in Portland, OR. Take time to check out the featured artist interview, which I’m confident will be fascinating as an inside look at a tattoo artist working in an art form that is quickly becoming mainstream. I don’t think London fits the mold in any respect, but I’m not sure it’s atypical either that many tattooists are artists first, who’ve discovered a way to commercially support themselves by working in a medium for which more and more people are willing to pay handsomely. London moves beyond skill, design and craft to create art in tattoo, examples of which are represented on nearly every page in this issue.  Regarding titles for images, he says, “I don’t typically title works anymore. I feel it leads the viewer in a specific direction. I think is is better for the viewer to follow their own interpretations on a piece, instead of being led by the artist. Sometimes you create with an intended end point other time it’s intuitive and not completely thought out. ‘Untitled’ is always a good word or ‘Un-entitled.'”

In addition we are kicking off a new feature of downloadable electronic books at TCR, with a full-length poetry book, Spindle Tree, by David Appelbaum. David has contributed poems from this manuscript in issue #14. I was so excited by this work that David sent me the manuscript to review and agreed to let us publish it in PDF electronically. We will follow that up with a chapbook by Bryan Merck, First Exit, which contains poems from this issue. At some point we will make all the past issues downloadable in PDF so that people can store and read them on a Kindle, Tablet or computer without having to be online. We think more and more books will become electronic and journals like ours will eventually offer downloadable material. We hope you’ll take advantage of the opportunity, contact the poets, and spread the word about their poetry and books with others you know who would be interested–this is how poetry survives–word of mouth. I’m thrilled as the editor for the opportunity for Triggerfish to publish these works and to give these worthy poets exposure and promotion as an extension and crucial part of our mission.

As always, take your time, look around, and we hope you appreciate what we’ve assembled here. We apologize to the readers and contributors for the wait on this issue, which has been delayed since July. All of this is my responsibility and some of it is my fault—I know it will have been worth the wait. Enjoy!