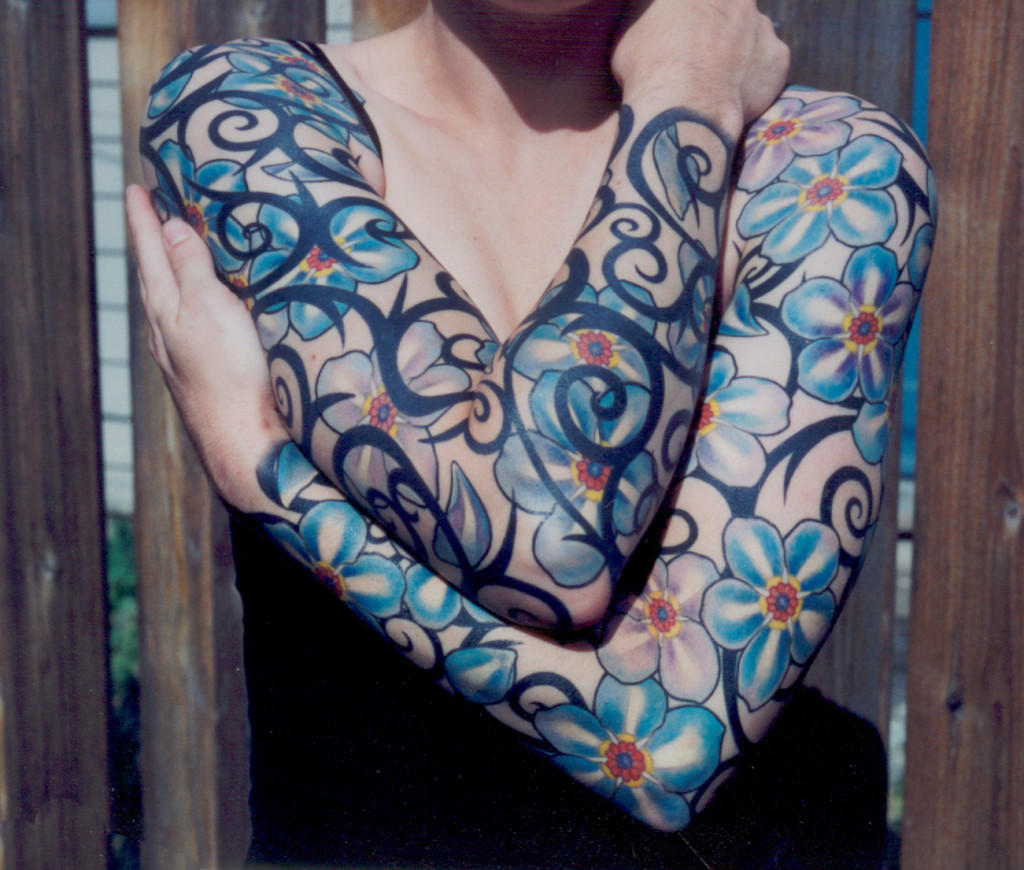 Exchange the known for the unknown,
dappled blossoms
for those unseen. A woman

brings her skin close to mine
on Sixth Street. She’s funny, slender,
a marvel of pleasure, likes football

and beer and the worst
of Bob Dylan’s albums. She even knows
the words to “Brownsville Girl.”

In seventeen years I’ve learned
everything about her, her brands
of makeup, the books she hates.

That in 1984 the school nurse combed
a dozen lice from her hair,
then gave her ice cream. We shared

around her neck. Her name’s Penelope
or Margaret, and she performs
a funny bow as I hand her two dollars.

I don’t sleep that night, wondering
where she got the shell
and that bow, which is Victorian

the energy-saving kind. Life’s essentially
not the life it was before.
I need the Victorian bow and her blue

some deliverance between the here
and there, asking unique tools
of my unsuspecting neighbors.

First of all, what a fitting title. Foreshadowing. I know the subject of the poem before it even begins. Geraniums, such a beautiful flower, but ultimately, through no fault of its own, common and ordinary. This poem, from the start, is about removal, the trimming of something lovely, yet unremarkable, from one’s life; “exchange the known for the unknown, dappled blossoms for those unseen.”

The author goes on to recount the times spent with his assumed partner, the breadth of his knowledge about her, from childhood details to current makeup regiments. But then, one night, one unexceptional night, during one unexceptional trip to the grocery store, he meets a cashier, presumably young, wild, her rebellious and raw nature revealed through the author’s recollection of her blue fingernails, her scallop-shell necklace, her postulated name of Penelope.

The poem concludes with the subject menacingly studying the geraniums, sometimes for hours a day, his determination to find beauty in them ultimately met with failure as he resigns himself to borrowing pruning tools from his neighbors. It’s interesting that the author chooses to have his character borrow the tools as opposed to buying them or already owning them, perhaps wanting to emphasize the attempted innocence of it all, establishing deception on multiple levels: the character is deceiving not only his wife, but his neighbors, and quite possibly himself, as well.

Is unfaithful love any less legitimate? Boon implicitly asks this question. Normally, the adulterer is deemed skeezy, wicked, but this poem represents a different take, as the author investigates the deeper, more complex emotions of a man whose “life [is] essentially not the life it was before.”