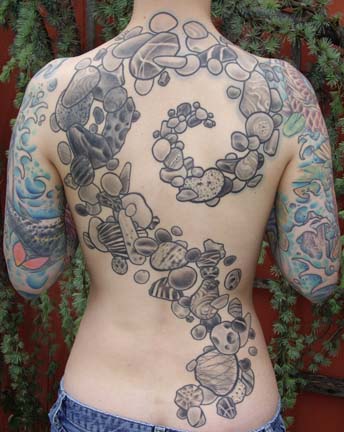 A Willing Suspension of Disbelief

“Do do that voodoo that you do so well.”
–Cole Porter

John Galen Holliday MD once said to Wanda:
“There need never be any overarching system of values.
No ultimate rules.” For John, it is all sex and recreation,
or any pleasurable behavior, and the stimulation of the brain’s
dopamine pathways. If need be, invalidate truth and start over.
The human hedonic animal.

At his clinic, it is totally feigned concern.
Results and profit are his only ends.

At the FOP shooting range this morning, he begins to fire
50 rounds of Speer Lawman ammo, 115 grain, TMJ,
on his Sig Saur 9mm pistol. He stands at the firing line,
the first of 6 strangers, all with concealed carry permits
and no criminal history.

An errant thought sets him back.
It prompts him to turn to his right and commence firing.
Doc has had the thought before but he did not let it register.
He has many stray thoughts that he gives no attention, usually.

The realization sends a frisson of panic up through his back and chest.
He begins to lightly perspire. He feels an almost immediate coolness.
His hands take up an ambient quiver. An old traffic light on the range turns red
and signals all to cease firing. He smokes. A couple of shooters walk out
to replace their targets.

Driving back from the range last week, Doc was at an intersection.
To his left was a car full of teens. There was heavy metal music. The subwoofers
vibrated reality. Doc very consciously wanted to get out and unload his pistol
amidst them.

(There is no cessation, here. There is only pause, a break, an extended glitch.)

A biker type guy on the far end has been firing a rifle with a scope.
He walks out a few yards and adjusts what looks like a miniature goalpost
on a stand. He has been shooting through this.
Doc thinks it somehow measures velocity.

He believes there are no good or bad people.
He believes errant behavior results from ignorance
or unfortunate genetics. Sociobiology informs him. DNA
manipulation or mind-level education is the only thing needful in errant people.
He has never logically played this out.

(In the soulless modern combine, gears turn and actions are performed.
There is reaping, threshing and winnowing without thought, mentation.
In the latest machines, intricate and tedious robotic design has replaced
the need for any human input.)

Doc knows he will come to these moments when everything becomes strange,
thought, perception, apperception, existing in the body—locked out, total
alienation from everything, from stream of consciousness, being
in time and space or eternity. He has various self-comforting techniques.

The traffic light turns green.
A cog, a vital piece of the machine.
A terrible comeuppance.

The light turns green. Everyone fires away.
Shotguns boom on a nearby range. Hidden by a grove of Ash trees,
fully automatic weapons also fire.

Inside of things. Keepers of rimfire esoterica, husbandmen
of death, of quick and effective dispatch, quick
and effective severing of nerve tracts, popping
of arteries.

At Nuremberg, the Nazi boys had families, wives and children.
They were inevitably sane. It was only orders, following
orders. (Doc’s heart is like a big garden. He plants various crops
of needful vegetables and fruits. Flowers bloom there.
These must all be tended, cultivated. There are pests to be mitigated.
There are various pollinators to be encouraged.
Sunlight is necessary.
Water.)

Last week, Doc drove over to Mamoo.
Eight year old Doris Zott died in a terrible car crash.
Doc prayed at her grave for peace of mind and surcease
from depression, for Doris to petition God about this. Doris in Heaven,
not Purgatory.

When Doc was a child, Jim Crow was an institution.
To see and hear and feel a group of people devalued like that,
dehumanized on a grand scale—this rots the soul;
it makes life surreal, unreal, a thing of regrets.

(I swear this really happened. I was teaching in Taquemines Parrish
in 1988. I went fishing with a couple of coaches and a parent named Sal.
They reminisced about times past. Sal said: “I liked old Judge Peri.
If you killed a [n-word] the judge would ask ‘Where is it, now?’
about the location of the body.”)

In the heads of all the shooters shooting at human silhouettes,
human life is still valueless under certain situations, sudden situations
of trespass, (regrets?) no regrets. Identifying is the job; doing is part
of the greater enterprise. Individual life is not valuable all the time.
There is a risk of life. Them and us. A stadium full of people avidly watching a game,
psyched for a game, lost in a game, in a group. “We have more past than future.”
Every good story accomplishes a willing suspension of disbelief.