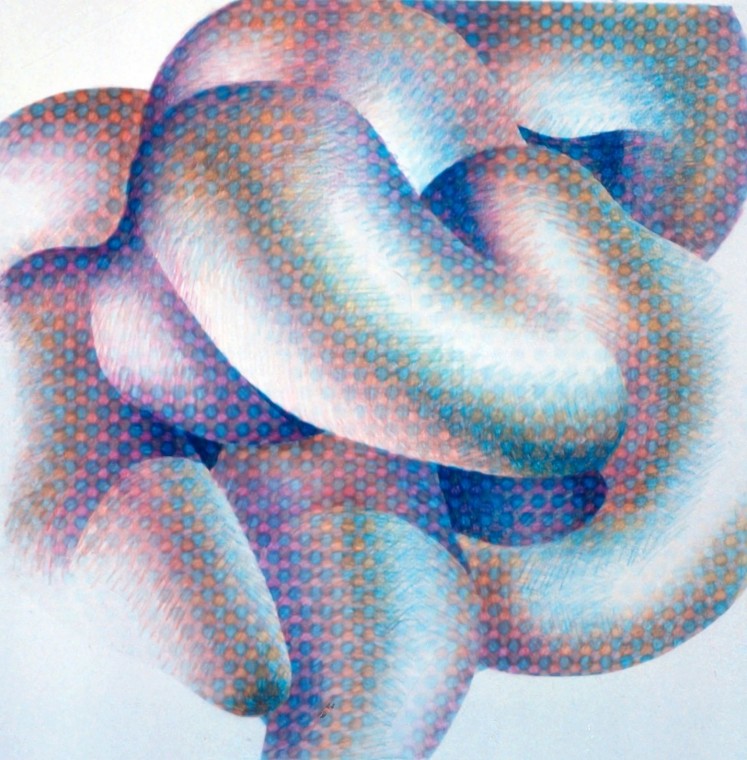 She said once she was badly used by her mother.

Memory
is an image moment as involuntary
as a shiver underneath a thunderstorm when
the atmosphere, charged,
pulls on, makes skip
the electric bolt in your body.

Sometimes sweet. Her breath in a dream,
her cedar scent, her moist encounter,
and the house she dreams of in the dream;
her fleshy space.
And sometimes the seizure moment. The night’s stallion
she must ride, by herself, in slant light,
pounding like machine beat
down highways, over sea lanes, across black sky,
etching nails into a man’s chest.

This is the memory woman, close, young, and old,
all four faces, to whom I’ve been drawn since birth.

I am also old now. Like her. Only,
she does not age. She is preternatural that way.
She plays herself in all the girls who dance their desires
for one further dance of desire,
and the fire lance she takes between her thighs
because she takes her rites to
courthouse, to
church, public square, and late nightclub.

The dreamscapes familiar to her, revisit her,
she plays in her private home’s private theater.
The movies she threads, reel to reel, involuntarily and in
the voluntary way she has for screening herself
in a naked body whose movements, cinematic,
are a silent dance, to no music, to music
her calves and hips and stomach and the
river muscles in her neck make for her
when she is alone; when she is sure.

Memory is a reminder that the man she lets see
her exquisite face is never the same prophet again;
invited in, regretted, or pushed out.
Her inside sense is closest. And she knows it.
When she rests in the company of strangers
she doesn’t always close her eyes in her sleep.

Once I awoke to her sleeping. Her eyes were closed.
She was resting.
That is the memory. Her familiar.

Historical figures traveling through time, ala Mozart in Mirrorshades.  Salome lives in her dusty era, but also in a timeline with nightclubs and highways and cinematic pornography.  A wandering spirit inhabiting bodies through a burlesque universe.