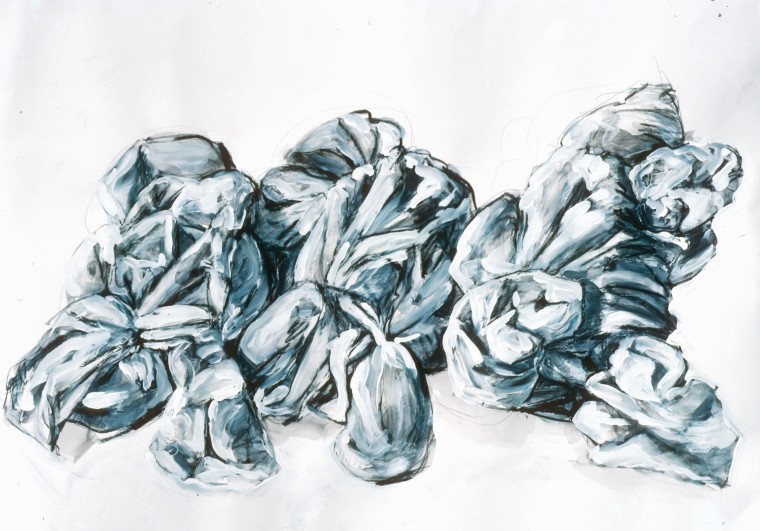 Margot Brown: I write from my home in the woods of rural Illinois, where I live with my husband, Michael Morrison, and rescued felines, Marco and Crystal. I migrated from Massachusetts to the Midwest to attend Marquette University before I knew any better. Decades later, cleansed of my Boston accent, I still miss the ocean and compensate by putting too much salt on my food. My debut chapbook, Leave of Absence, was published in 2011 by Pink Petticoat Press.

Bianca Diaz: My chapbook, No One Says Kin Anymore, won the Robert Watson Poetry Award from Spring Garden Press in 2009. I earned an MFA from George Mason University and am originally from Miami, Florida. My poems have recently appeared in FLARE: The Flagler Review, San Pedro River Review, One (Jacar Press) and Mount Hope.

William Fairbrother: is a poet, playwright and novelist born April 10, 1956 in La Jolla, California.  His current whereabouts are unknown.  He submitted a 1,000 page novel to us, Exister, from which the two prose poems included included in this issue excerpted.

Mitchell Grabois: Mitchell Krockmalnik Grabois has had over a thousand of his poems and fictions appear in literary magazines in the U.S. and abroad. He has been nominated for the Pushcart Prize and other awards for work published in 2011 through 2015. His novel, Two-Headed Dog, based on his work as a clinical psychologist in a state hospital, is available for Kindle and Nook, or as a print edition. To see more of his work, google Mitchell Krockmalnik Grabois.

Greg Grummer:  Greg Grummer is a resume writer for an IT firm in Brookfield, WI.  He has had poems published in many small presses and periodicals.

Steve Hatfield: I am a former high school teacher, the father of two, a long-suffering-finally-rewarded KC Royals fan, and just enough of a political junky to write an occasional angry letter to the KC Star. I have lived and worked in the KC metro area virtually all of my life and expect to die around here, too. Until I die, I intend to write rhymed and unrhymed pomes (as Whitman spelled the word), practice kindness (it takes practice), and collect the best slow cooker recipes I can find.

Seth Jani: Seth Jani currently resides in Seattle, WA and is the founder of Seven Circle Press (www.sevencirclepress.com). His own work has been published widely in such places as
The Coe Review, The Hamilton Stone Review, Hawai`i Pacific Review, Gingerbread House and Gravel. More about him and his work can be found at www.sethjani.com.

John McKernan: John McKernan – who grew up in Omaha Nebraska – is now a retired comma herder / Phonics Coach after teaching 41 years at Marshall University. He lives in West Virginia and Florida. His most recent book is a selected poems, Resurrection of the Dust. He has published poems in The Atlantic Monthly, The Paris Review, The New Yorker, Virginia Quarterly Review, The Journal, Antioch Review, Guernica, Field and many other magazines.

Dave Mehler lives in Newberg, OR and edits Triggerfish Critical Review. Poems of his have appeared in MonkeyBicycle, Randomly Accessed Poetics and his chapbook, God Truck Nature was published in a chapbook anthology, Burning Gorgeous, Seven 21st Century Poets. He and his wife own The Coffee Cottage in Newberg.

Bryan Merck: Bryan Merck has published in America, Eunoia Review, Hiram Poetry Review, Pleiades and others. His echapbook First Exit is available as a download at triggerfishcriticalreview.com. He is a past winner of the Southern Literary Festival Poetry Prize and the Barkesdale-Maynard Fiction and Poetry Prizes. He lives in south Georgia with his wife Janice. He is at [email protected].

Florence Nash: Florence Nash was an editor and writer for Duke Medical Center for 16 years and has directed the OLLI poetry workshop at Duke since 2001. A member of the Black Socks Poets, she is a past winner of the Blumenthal Writers & Readers award and was one of ten Emerging Poets showcased at Vanderbilt’s Millennial Gathering of Writers of the New South. Her poetry has been published in two collections, Crossing Water and Fish Music, and in various anthologies and periodicals.

Robert Newman: Robert Newman’s poems most recently appeared in Prairie Schooner and he is completing a collection, entitled Birds and Other Questions. He has published six academic books and is the President of the National Humanities Center.

KG Newman: KG Newman is the editor of a high school sports website, ColoradoSportsNetwork.com, and lives in Aurora, Colo. He is an Arizona State University graduate and his first collection of poems, While Dreaming of Diamonds in Wintertime, is available on Amazon.

Judith Nelson: Judith Nelson’s artwork displayed in this issue spans 50 years of a productive career. She got her BFA at the Rhode Island School of Design, an MFA at the University of Hawaii, doing post graduate work at Yale’s School of Art and has served on the faculty and as visiting artists at The University of Hawaii, Yale, Goddard College, University of Iowa’s School of Art, Cleveland Institute of Art, and Rhode Island School of Design. She has had individual and group exhibitions at many galleries across the US, from Honolulu to New York. In addition, a retrospective of her work was shown recently at the Galerie Arnaud Lefebvre in Paris, France, where she has had multiple shows over the last 20 years. She and her husband, poet Paul Nelson, have recently relocated from their home of many years in Oahu to Sequim, Wa.

Paul Nelson: Paul Nelson’s latest of 8 books is BURNING THE FURNITURE, Guernica Editions, 2014. His work has won an AWP Award for Poetry, a University of Alabama Press Series Selection, and an NEA Fellowship. For a decade, Professor/Director of Creative Writing, Ohio University, he lives and writes now on the North Shore of O’ahu.

Simon Perchik is an attorney whose poems have appeared in Partisan Review, The New Yorker, The Nation and elsewhere. His book of poems, D Poems, was published here as an electronic download by Penny University Press in 2016. Almost Rain, was published in 2014 by River Otter Press. For a complete bibliography, please visit his website at www.simonperchik.com.

Steve Parker: Steve Parker is originally from Liverpool, but now lives within earshot of Emily Bronte’s noisy grave. When he is not involved in Romantic grave-robbery, he writes various approximations of poetry.

Ashley Scott: I am a young writer with a unique style who enjoys spending as much time outside as I can.

Terreson: is a native of Florida, Old Florida before Disney World. Habit has been, remains, peripatetic, programmatically, having lived in towns and counties coast to coast. Objective has been to know America from the inside out, so to speak. Currently resides in Louisiana, become a bee keeper assisting scientists involved in honey bee research. Publication credits: contributor to the literary magazine, Fool’s Journal. One collection of poetry published, Tasty Tendrils. Awarded an honorable mention in the 2008 Tor House Foundation poetry contest. First place in the January, 2012 IBPC poetry contest. Some several articles and essays carried in magazines with names lost to memory. Owns and manages the online poetry board, Delectable Mnts.

Mark Trechock: I started marketing poems again about a year ago, after a 20-year hiatus. My new poems have appeared several magazines, including Limestone, Canary, Badlands Literary Journal, Off the Coast, Wilderness House Literary Review. A book of creative writing on hydraulic fracturing (Fracture), also included three of my poems. publications that have accepted my work for publication later this year, which now include El Portal, Matter Monthly, Right Hand Pointing and Verse-Virtual.

Jake Tringali: Born in Boston.  Lived up and down the East Coast, and then up and down the West Coast, and currently in Los Angeles.  Runs rad restaurants.  Thrives in a habitat of bars, punk rock shows, and a sprinkling of burlesque performers. Throughout 2015, publications include Catch & Release, Boston Poetry Magazine, Indiana Voice Journal, and twelve other fine journals. Now go enjoy your day.  Rock on.