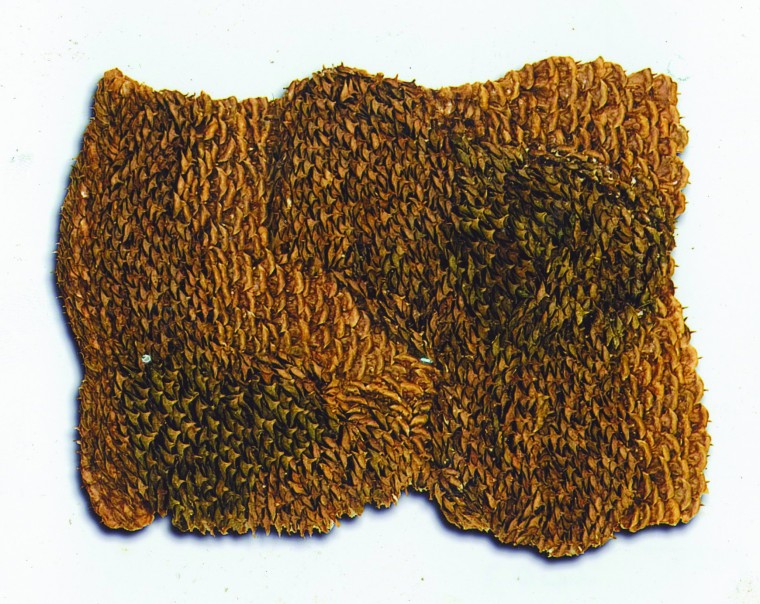 There is a gray cat crying outside our door tonight. He is gray all over and his eyes are green. He was born down by the creek that runs into an old storm sewer, and I’ve seen rats down there too, which is probably why he is so fat. We were walking in the early autumn’s sun the first day we saw him. I had just come back to this house behind the trees, and it looked as if love’s return would be so easy. But he came out of the sycamores, crying and curling his toes against the ground. And she softly called him over, she patiently persuaded him closer, until he started his narrowing circle of desire. When she picked him up he scratched at her and jumped. He then began to circle again, circling again, he was a worry.

The next time we saw him we gave to him food. We were out in the grass, in the field by the creek. We then began to visit him every day. In the morning while the grass is still wet, or in the afternoon when the sun is lowly passing and the sky gains in a polished shell, closing shell blue. We next saw him in our front yard, where he was chasing down squirrels, and soon he was waiting to be fed again. We realized then he had traced our scent. We figured he was claiming our house for his own. And so a little warmth with a hand cupped over his back has become his. And last night, in the rain, we gave him a box with a blanket to sleep in. Tonight, too, as he has come back. But when I changed the bowl, to give him the milk she had warmed for him, he bit at my hand. Breaking the skin, he was breaking love’s charm. He could not help what he knows.

There was another night soon after making the gray cat’s acquaintance. It was before the rains arrived and before the trees were stripped of their colors. We were sitting by the big pane window, and, through the glass, I saw something that was dark and standing. But I had her hands. I had her eyes too, a woman’s fulling eyes. Like buttercups upturned by a summer wind I had her yellow face spilling over me. Then a shadow came over this house and touched her face. It was a shadow darker, quieter than the nights should be while the grass still itches and locusts sing. It was coming through the window from the road’s other side. And it seemed to me I had felt it falling before.

A tall woman was standing there with her arms folded across her. She was holding herself in as if she was needing to squeeze the cold from out of her chest. Her hair was long and straightening back. And there was no light that could play across her measurelessly dark face. I realized I knew who she was and what she wanted. She had once been inside a moon’s shadow, and she was looking to pass that way again. There was no telling how many times she had gone there before, or in how many ways she would make it back. And it was as if she was passing through looking to find her own nesting ledge on a ridge. Her shoulders curved under, bending her over as if they were raptor wings. And I could see they had carried her away only to drop her down, and that she was climbing through the rock faces once more. Then a dog began to howl, and a shadow’s child moved on.

When I turned back to this room in our house behind the trees, my friend’s face had become cold and still like the year’s first morning under frost. In her lovely face turned away I could see how colder days would soon be coming, soon be coming in. And it wasn’t until we found an Indiana moon running through the trees, a silver boat sailing through gray and skinny trees, that her face opened over and freely smiled again. By then the year’s first snow was calling and we were running also. The hunter’s night that can be so bright and shining was shining soon.

I guess there is no use in pretending anymore, as that shadow’s face still falls sometimes. Like tonight out of the cold winter rain. I lose again those fulling, a woman’s fulling love. I lose it all to a moon shade’s dark side. Then there is how the gray cat stays.

“Indiana Moon” illustrates the passage of time and heartbreak through the author’s journey while taking in a stray gray cat. The narrative is haunting and captures you throughout the piece. In the beginning of the piece, the author describes the stray as cold, hard. When they start feeding the cat as they see him each day, the stray bites him. “He cannot help what he knows.” The author personifies the cat as being unhappy and looking for someone to save him while the cat mates. Although the author describes his relationship to be a happy one, towards the end of autumn his woman’s eyes turned cold and her arms were crossed. The closing line, “Then there is how the gray cat stays” ends the piece perfectly.