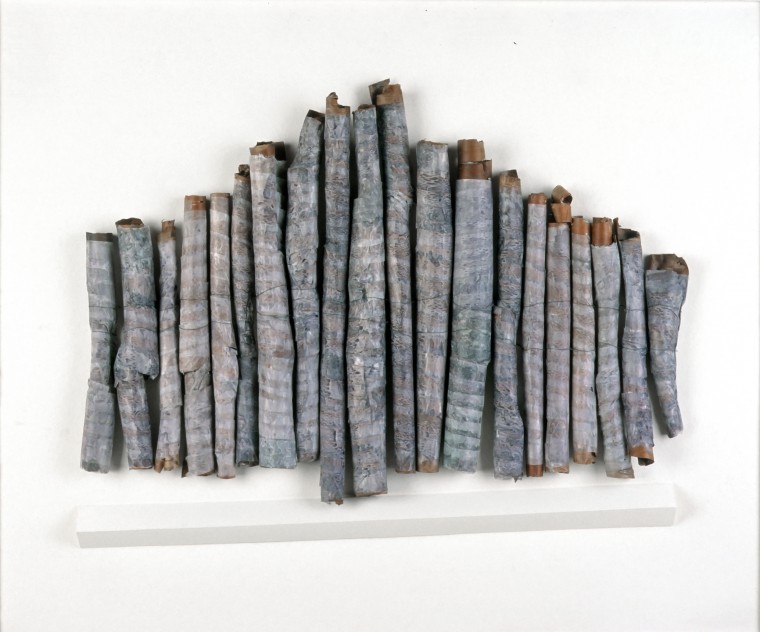 In point of fact, you can argue with the dead. — Anonymous

So you could die I sent you back there where fish go to be cleaned so they can better enter our dreams. The place of
fireflies and alchemical fragrances on the dock of the lake filled with so many small fry there were stars.

There’s only one hour in that place as I remember it now, and fire but no burn, or cinema but no movie or leaves
coming back year after year, to build their trees.

What would I do with you, now, in the present, if I could?
Trade places with you while thinking of the color blue.

That morning turkey vultures entered the framing device of the trees; no wind,
no talking, but a yell every now and then as the morphine relaxed as the lawn filled
with our ancestors. They sat on chairs from all the different centuries of the day.
Where do we go from there?

Now that you’re only story with no one in it. Now that there’s no gloaming where
your fragrance is. What can you be without some mass?

How often did you and I sit at a bar, me just out of high school, you, a second year economics major, and argue epiphenomenalism?

While I, the true believer, still could grant user allusion, you, the atheist, never allowed me deep consciousness viewed through intuition. You felt you’d disposed qualia through the evidence of their milliseconds never minding death’s corporeal pain. Or allowing death its pain but not the pain after death or at least how it exists except only because of its coffin and the flowers that have come here from such a long way away there must have been a reason; and so you made a life of such evidence.

I can accept that we are blankets or sheets, slices, strings, maybe threadless volumes of silences, who knows; without turtles or just titles, spread or sheared or templates; temples of laminate; nostrums or evidence-chains of stelae or magnums; withouts within or minus vapors, or without consequence, stretched or televised or paralegal entity but not “entites.” All I ask in return is the mind melodious, somehow, whether through vein or relapse, which isn’t the same thing as a mystery begging its cure.

What It Means To Be Human

Would it have been so hard for you to grant that awareness itself, confined to the
swirl found in the sum and absence of the orthodox through the theatrical
and the dental, a phenomenologic plus one nail, including the premonition
of its eventual rust, and then the baffling of the sex-thriller plus my cruci-fiction—

that awareness itself confined to the above construct, as well as crafted by it for
correlation by another who is the sum of this awareness plus nothing else—
is me, both the one that is—and the one that is never—coming?

How every time I say me just replace it with that idea.
And when put together in a gas station’s bathroom mirror, you have a hunger for videos?

In other words: 201 milliseconds before I become aware I’m aware—I’m aware.
And I’d be surprised if you could measure it.

But if you could, who could we possibly be?

Further, just because our subject can be found in words doesn’t mean
the subject is subject to word’s limitations. To think is not necessarily to word.

To be aware is not necessarily to word.

But that 200 milliseconds is the length of time it takes words to come
so we wait for them.

But perhaps it’s all just a mistake.