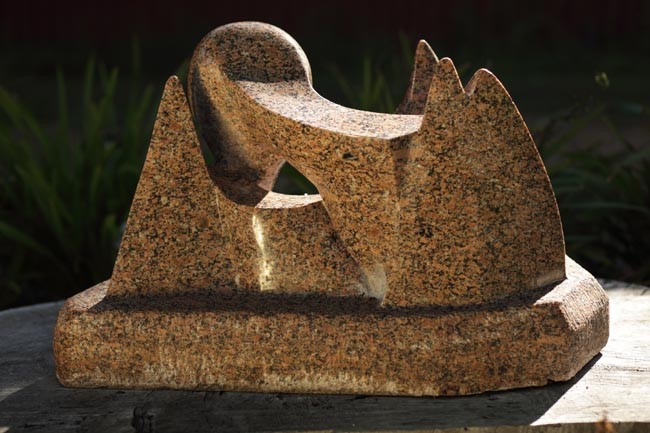 Roberta stood at her breadboard
cutting dark, delicious slices.
Our hearts were full. Our stomachs too.
“I wonder where pumpernickel comes from?”
she said. “From the bakery,” I said.
“No, silly, I mean the flour, the word,”
she said. “The word is a flower,” I replied,
heedless of the dangers of homonyms.
Fifteen seconds later my smartphone had
the answer, for we live in an age of wonders.
My face darkened. “What is it?” she said,
suddenly alarmed. “Pumpernickel is a type
of rye,” I said. “The word comes from the
German and refers to a side effect known as
the flatulence of Old Nick, or Satan himself.”
The thought of the Lord of Hell breaking wind
should have brought us some amusement
but instead it sobered us right up.
Silently we pictured that foul, desolate blast
sweeping the earth, searching for whom
it might destroy, leveling everything in its path.
Such a wind would melt you where you stood
like a chocolate bar on the Fourth of July.
Nothing would be left but the trembling
memory of pumpernickel,
doomed, damned, demonic pumpernickel.