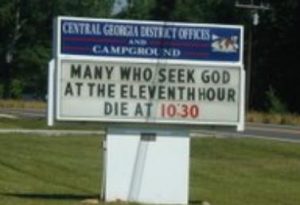 The week we were to move
out of the house I hated,
I learned to love it:
baseboards and cabinets
finally cleaned of cobwebs
and dust, the latch on the downstairs
door finally opened and closed
without a catch, and the border
of the backyard finished,
a row of rosebushes
I would never see
out of bloom.

The job where I spent two years
planning my two weeks’
notice, spent every weekend
with my friends, sitting on the patio
of the Cuban-slash-Caribbean
restaurant or upstairs
at the latest hipster hangout,
wondering what a growler was,
complaining about my boss,
who tossed extra work on my desk
while telling me that extra responsibility
would lead to extra rewards
(and raises),
who tossed paperwork on my desk
as if he were playing cornhole
with his son beside
their suburban two-story when
he wanted to leave early,
wanted to get home to see his mother
one more time before putting her
in a place he could neither afford
nor consider.

The woman who walked away
more than a decade ago after
she stopped trying to save me
from my self-
consciousness, not because
she wanted someone else,
but because she wanted a better me,
as if she had been to the future
and back, returning not with
World Series scores or stock reports,
but with a note I had written her,
telling her she was my density.

I can think of several other poets who use found signs and billboards as the basis for poems (most notably Ace Boggess), but Brown is the only one I know of to use actual photos of the signs as poem titles.  This merges the traditional form of poetry with the relatively new form of internet memes, where a photo of a text, when posted on a social media site, can take on much more power and visibility than the text itself would have alone.

The topic Brown treats here, of discovering love for a thing only after it has been given up, is a common one, but he explores it well.  Who hasn’t been able to see new possibilities in a living space after moving all the old furniture and decorations out?  I like the way that the poem moves from this common experience to a more personal one, regret for a job lost, and then the most personal of all, regret for an ended relationship.