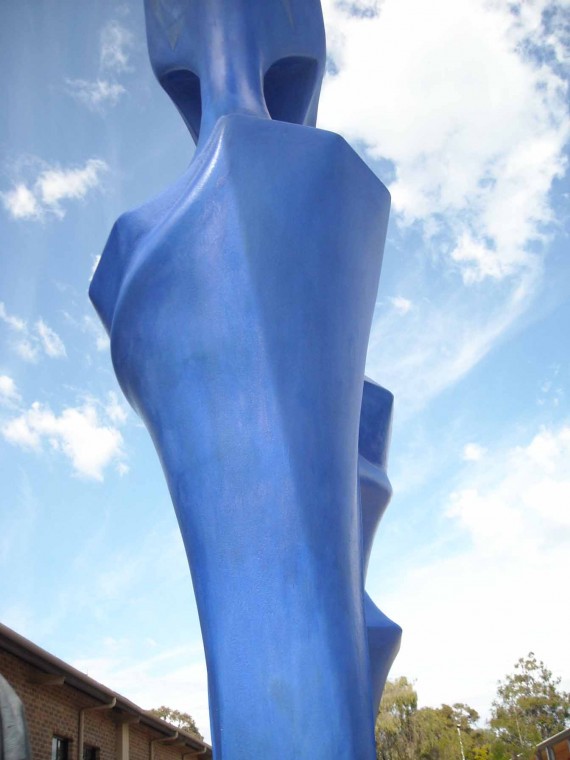 Hunkered down against the autumn chill
in the back of a strange pickup taking him
down a strange road, again the memory
came to him like some song from youth.
And yet it was a young memory, no more
than two weeks old—mundane, but one
that he sensed would stay with him just as
the schoolhouse triangle and its silver note
or the deer strung up in the sapping tree.

It was of when he saw himself casting dice
alone under the buzzing of the street lamp.
Hoocher contacts elsewhere for the night,
tings against the dumpster seemed louder.
From his alley cove, the hypers were clear.
They zipped back-forth at manic intervals
along the sidewalk. They were smack men
looking to suck their way to skimped bags
little more than placebos, cut as they were.

Reserved in flannel, he was neither hyper
nor hoocher. And yet to outsiders, juggling
too much for connection with one another
(let alone with those away from whom
they redirect their eyes, scurry their kids),
he was in either box, indiscernible despite
a baking soda smile, a vision turned within
while star-cocked. To outsiders he stood
for what happens when the ball drops.

That night he told himself that street living
was his decision, and that he was entitled.
He had done the staying-up-late arguing
about being too tired even for vanilla sex.
He had diversified his stocks, spreading
risk across sectors: industrials, health care.
He had held and kissed the fruits of his fruits
before family cameras. So what was he after?
Adventure beyond theme park protections.

That was what he was looking for now
that his wife was gone, now that even she—
as with the others they had watched drop off
one by one—had left him like at dusk
to get home for dinner, his manipulations
having no efficacy. Once talk of this life
without commitments would have roused
her anger. Dead now, she would understand
his need to shed the last scab of childhood.

I like the way the poem is structured in five 9-line stanzas, the unevenness of the numbers reflecting the unevenness of the life exposed. And the stanzas are integral, not just a random accretion of lines. Each is distinct and yet leads seamlessly to the next.And when the final stanza comes, the final word “childhood” leads us back to the “memory” mentioned in the opening stanza.

I like the way the language is clear, using repetition for effect in the first stanza; words like ‘strange” and “memory” set up their own echoes. The poem achieves its own “silver note” and the stark image of “the deer strung up in the sapping tree” becomes both metaphoric and realistic. The distinction between the “hoochers” and the “hypers” is cleverly set up in the second stanza only to be aligned in the third stanza. I love that phrase “a baking soda smile” and how “the vision turned within” is turned without. I like the way, in the penultimate stanza, that his deeds and decisions are emphasised by the repeated use (six times) of the simple word “he”. I like the phrasal line that closes the stanza: “Adventure beyond theme park protections.” I like the clever way “now” is used in one sense at the end of the first line of the last stanza only to have its meaning refreshed when it connects with the second line. And also how, when applied to the word “dead” and to the dead wife, it takes the poem to another level of what can be “understood”. Finally I like the eloquent  sadness of the last line: “his need to shed the last scab of childhood.”

In four stanzas, this is a narrative complete with flashback about how conformity betrays, and about how stripping it back to basics feels more real (despite the judgmentalism of others)—and is endorsed by the dispassionate assessment of the dead.