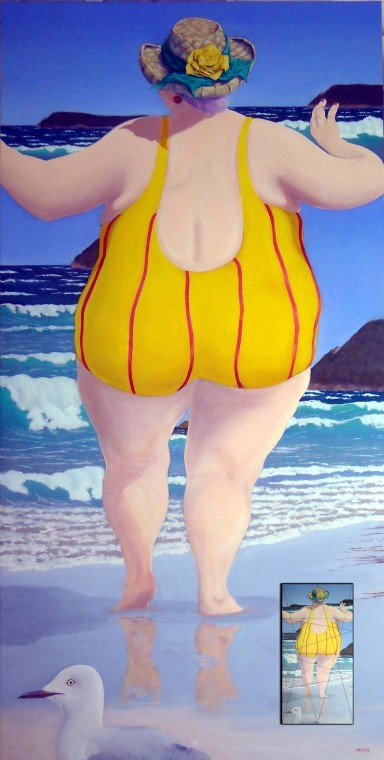 Glen Armstrong: Glen Armstrong holds an MFA in English from the University of Massachusetts, Amherst and teaches writing at Oakland University in Rochester, Michigan. He edits a poetry journal called Cruel Garters and has three recent chapbooks: Set List (Bitchin Kitsch,) In Stone and The Most Awkward Silence of All (both Cruel Garters Press.) His work has appeared in Poetry Northwest, Conduit and Cream City Review.

Kevin Brown: Kevin Brown is a Professor at Lee University. He has published three books of poetry: Liturgical Calendar: Poems (Wipf and Stock); A Lexicon of Lost Words (winner of the Violet Reed Haas Prize for Poetry, Snake Nation Press); and Exit Lines (Plain View Press). He also has a memoir, Another Way: Finding Faith, Then Finding It Again, and a book of scholarship, They Love to Tell the Stories: Five Contemporary Novelists Take on the Gospels. You can find out more about him and his work at http://www.kevinbrownwrites.com/

Darren Demaree: Darren C. Demaree is the author of five poetry collections, most recently The Nineteen Steps Between Us (2016, After the Pause Press).  He is the Managing Editor of the Best of the Net Anthology and Ovenbird Poetry.  He is currently living in Columbus, Ohio with his wife and children.

Zach Groesbeck: Zach Groesbeck grew up in Spring Branch, Texas where he apprenticed as a horse breaker during high school. He is currently an MFA candidate at Texas State University and an editorial assistant for Southwestern American Literature. His poetry and criticism can be found in Front Porch, Persona, and Contemporary Haibun Online.

M. A. Istvan Jr. is a zodiac surgeon and respected board member of the National Council for Geocosmic Research. Whereas most other zodiac surgeons are equipped to shift your sign only one position forward, Istvan can shift your sign either one position forward or—barring the unlikely circumstance that you are a menopausal Pisces with a quadruped gait—even one position back. Istvan hopes that increased awareness about zodiac surgery will help bring in the funding required for researching zodiac sign transplantation, which ideally will allow a shift to any of the twelve signs in a matter of hours (as opposed to the years it takes currently to shift just one spot). As Istvan recently revealed in an interview with Shadow Transits, he envisions a future where there will be a zodiac donor box on driver’s licenses. https://tamus.academia.edu/MichaelIstvanJr.

Conor Kelly: Conor Kelly was born in Dublin and worked as a school teacher there for over thirty years. Now retired, he lives in Courcome, a small village in rural France. He has had numerous poems published in Ireland and abroad in such magazines as Poetry Ireland Review, Boyne Berries, The Honest Ulsterman, Revival (Limerick), The Irish Times, Envoi, The Huffington Post and The Southern Review (Louisiana). He has also been a poetry critic for The Irish Times, The Sunday Tribune and Poetry Review (London). He has a Twitter site (@poemtoday) which publishes a tweet-sized poem, classic or contemporary, on a daily basis and a Tumblr blog which prints a complete poem daily.

Kurt Luchs:  Kurt Luchs has poems published or forthcoming in Into the Void, Emrys Journal, Roanoke Review, Fjords Review, Verse-Virtual, and Antiphon, among others. He founded the literary humor site TheBigJewel.com, and has written humor for The New Yorker, The Onion and McSweeney’s Internet Tendency. Sagging Meniscus Press recently published his humor collection, It’s Funny Until Someone Loses an Eye (Then It’s Really Funny). He lives in Stevens Point, Wisconsin, where he manages a group of radio stations. More of his writing, both poetry and humor, can be found at kurtluchs.com.

Bryan Merck: Bryan Merck has published in America, Hiram Poetry Review, Pleiades, Triggerfish and others. He is a past winner of the Southern Literary Festival Poetry Prize and the Barkesdale-Maynard Fiction and Poetry Prizes. He lives in south Georgia with his wife Janice. He is at [email protected].

Simon Perchik: is an attorney whose poems have appeared in Partisan Review, The New Yorker, The Nation and elsewhere. His book of poems, Almost Rain, was published in 2014 by River Otter Press. His book D Poems was published by Penny University Press last year and is available for download electronically here at TCR. For a complete bibliography, please visit his website at www.simonperchik.com.

Robert Joe Stout: is a journalist, emigrant, human rights advocate and writer focused on Mexico, social issues, baseball and personal relationships; author of novels, nonfiction, poetry and tweets; his work resides in Pinyon, Open Democracy, Abbey, Prick of the Spindle, America, Exit 13 and many other magazines and journals.

Richard Weaver: The author resides in Baltimore’s Inner Harbor. He volunteers with the Maryland Book Bank, and is a seasonal snowflake counter (unofficially). His publications include crazyhorse, LRR, NAR, Poetry, BWR, 2River View, NER, and the ubiquitous Elsewhere.

Rodd Whelpley: During the age of the floppy disk, I received an MA in Creative Writing from Miami University, where I studied fiction with Constance Pierce and Steve Bauer. But for poetry I am self-taught. I began writing poems a couple years ago. My work recently has appeared or is forthcoming in Tinderbox Poetry Journal, Literary Orphans, Right Hand Pointing, Spillway, The Naugatuck River Review, Eunoia Review, Antiphon, The Chagrin River Review and others. During the day, I work at the Illinois Municipal Electric Agency, where I run an electric efficiency program for 33 cities in the state.

Paul Willis: Paul Willis is a professor of English at Westmont College and a former poet laureate of Santa Barbara, California. He recently served as an artist-in-residence in North Cascades National Park. His latest collection is Getting to Gardisky Lake (Stephen F. Austin State University Press, 2016).

Marne Wilson: Marne Wilson grew up on the plains of North Dakota and now lives in the foothills of West Virginia. Her poetry has appeared in such places as Atlanta Review, Poetry East, and The South Carolina Review. Her first chapbook, The Bovine Daycare Center, was recently published by Finishing Line Press.

Larry Woiwode: Larry Woiwode’s first book of poetry, Even Tide, was published by Farrar, Straus & Giroux in 1977. “I’ve been working on a second one since,” he says, “but prose keeps getting in the way.” He’s published a dozen books of prose and for them received the Aga Khan Prize, the John Dos Passos Prize for a “diverse body of work,” the William Faulkner Foundation Award, and the Medal of Merit from the American Academy of Arts for “distinction in the art of the short story.” He’s the poet laureate of North Dakota. “I began wanting to be a poet,” he says, “but also wanted to make a living at writing. Is that unforgivably pragmatic? It worked for a while until the general readership fell away so precipitously I now teach all genres of writing at the University of Jamestown, Jamestown, North Dakota–bison center of the North American continent.”

Jim Zola: Jim Zola has worked in a warehouse, as a security guard, in a bookstore, as a teacher for Deaf children, as a toy designer for Fisher Price, and currently as a children’s librarian. Published in many journals through the years, his publications include a chapbook — The One Hundred Bones of Weather (Blue Pitcher Press) — and a full length poetry collection — What Glorious Possibilities (Aldrich Press). He currently lives in Greensboro, NC