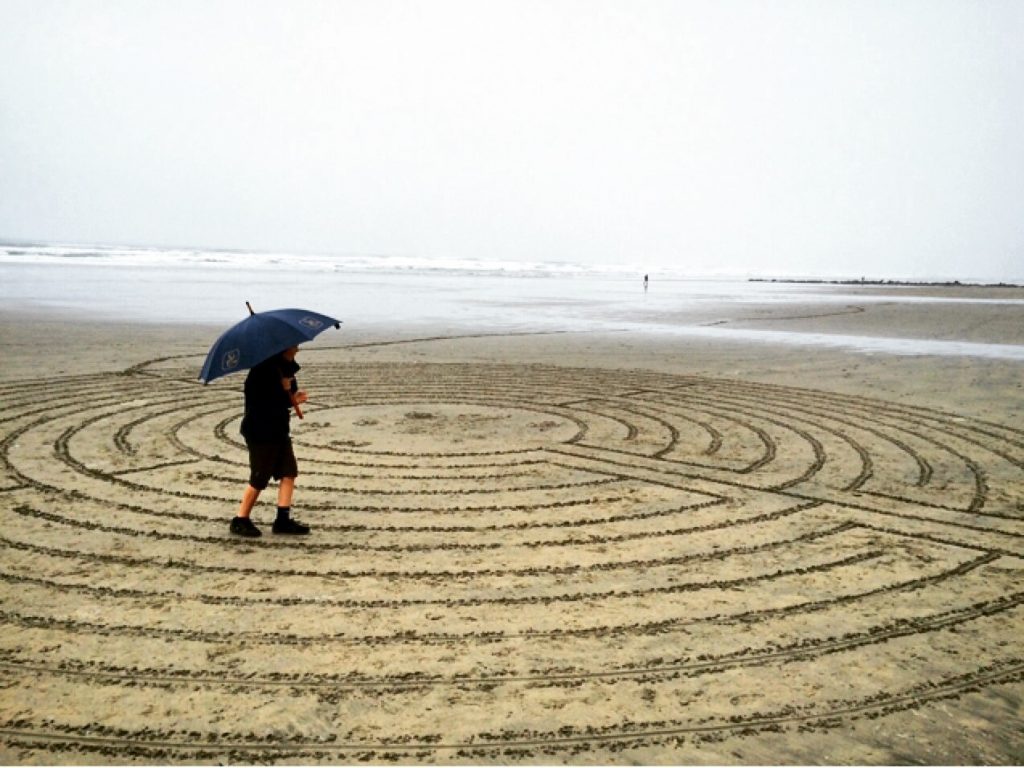 Every once in a while, with a particular new issue of TCR, magic happens: a group of poets decides to submit poems at just the right time together and we accept them, unbeknownst to each other of course, which offers a strong thematic grouping or a nice incidental counterpoint of argumentation back and forth forming a great cohesion and organic whole greater than any of the parts, or by some mysterious serendipity we select and schedule an artist whose work truly fits and complements the work we have on track for the issue—all of this, as if we actually planned such pairings. These are the kinds of things that I as editor always hope for and work toward, but but don’t always manage to achieve. When it happens for whatever reason, it’s a gift, and reminds me in concrete ways why I spend the time I do putting together these issues.

This time the magic that happened came in the form of a different manifestation, and the gift offered was one of nostalgia for the online poetry workshop and board, The Critical Poet (TCP), that has since disbanded, but was the originating impulse and purpose for the founding members of Triggerfish Critical Review that continues as a driving impulse in the journal to this day—to have published poems and contributor (peer) responses published alongside. This is nothing new, but where the magic happened in this particular issue can be seen in three ways, and thus my nostalgia, my fond memories stirred, and admiration for this this group of contributors: quantity, quality, professionalism. There was such an overwhelming and positive response to my call for contributor reviews, and the quality of the reviews was thoughtful, thorough, and perceptive in its parsing of issues pertaining to theme, and craft, and a maturity of criticism and graciousness from the standpoint of focusing on positives and negatives regarding the pieces under review without any distractions of ego or pettiness that was too often a point of contention needing to be dealt with in the good old days of TCP.

The professionalism on display here is as it should be, since this venue is about publication and not workshop, but we have the best of both worlds on showcase here. The mission (and I think, charm) of Triggerfish is to be a journal that’s a bit like a workshop, sort of, but this time, with #18, it just came together beautifully. Magic. Contributors, you deserve a round of applause, and thanks for the gift–I don’t do as much writing as I used to, but you made me realize and reminded me how much I miss TCP. It’s a truism that not all poets are good critics—it might even be rare. I think when a poet is a good critic, it’s a mark of seriousness, of time and effort spent reading and studying. Some great poets, even well-read ones, are too intuitive to be good critics. Sometimes too it might be a question of sensibility and balance, but I believe all serious poets, as practitioners, should be students, and readers–still many poets aren’t. It’s my personal belief that if a poet has trouble criticizing the work of others, they will be less able to read their own work as critically as they need to make it as good as it might be. Probably many would argue with this assumption? Some might argue with the whole premise of honing and revision, seeing the goal of writing as process, not revision toward any finished product, but perhaps a series of versions, or glimpses of reality, all valid, and approximating truth. I’ve read books by poets (specifically to name one, David Biespiel) who argue as much, and as a corrective going too far one way, they make a valid point, but what if you just want to say one thing and say it perfectly like Yeats’ clicking box? Harold Bloom talks of the “anxiety of influence,” while I prefer to think of all literature as a dialogue or conversation throughout history. Why would you want or choose to remain ignorant of any part of it intentionally?

Regardless, a few of these reviews are amazing: thoughtful, witty, erudite, on point, generous, balanced, sometimes hilarious, helpful and constructive to the poems and poet under consideration for possible future revisions, and seem truly motivated by that rule to acknowledge the praiseworthy and help where improvement might be needed.  And to those contributors who offered no reviews, thank you too, for helping to make the issue what it is. It was no less a privilege to read and publish your poetry than the criticism of others, though of course criticism is always an added privilege.  OK, I’ve gone on enough, but to you I raise my glass and say, thank you and well done!