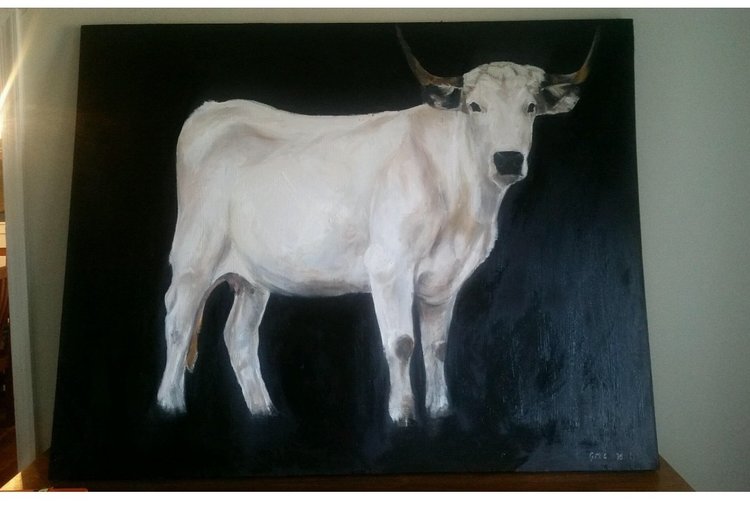 when there’s nothing left
to like
we can all rally

around those people
that bake pies
& cut them into pieces

Since these two poems appear to be excepts from a larger sequence, I am reluctant to draw conclusions about their relation to one another, especially since, assuming it exists, #113 is missing. But they are both very finely compressed lyrics, and both do their work by way of contraries, if in somewhat different ways. Both are conversant with the elder writers, who are, in this case (at least to my ear), Dickinson and William Carlos Williams, and both these poems, like those of their influences, make complex music in small spaces. For example, the terminal or in the third case near-terminal l’s of stanza one of #112 are repeated singly or doubly by those p’s in the first and subsequent lines of stanza two, an effective involution of rhyme that echoes the prominence of those two letters in the repeated title. The two-fold stanzas emphasize the schism between the (ineluctably Trumpian) “rally” and the “people” that “nothing left” initiates. Likewise, “those people” (a phrase both grammatically restrictive and indicative of a pointed finger) are seen as Others whose putatively wholesome baking is at once an act of sweet generosity and of sharp-edged violence. Both poems make excellent use of line breaks, creating welcome complexities and ambiguities. Stanza one of #114 would lose at least two of its three steps of meaning if rendered as prose, and the breaking of “any- / one” seems a call for a larger vision that transcends having pieces of the pie, political or otherwise, as the semiotic drift of the economical language seems to invoke the hyphenations of Langston Hughes, which create a division between black and white (marginal spaces) even as they call for a unity.

this is the sort of ambiguity I look for in (let’s be honest here) everything creative. You get an image, and you bring your own meanings to the table, and it makes sense to you in a way it doesn’t make sense to anyone else. “What kind of pie?” is just as important a question as “what does pie symbolize here?”. Not being flip: if you hate pumpkin pie and that’s the first kind of pie that pops into your head, you’re going to read this entirely differently than someone who sees their favorite pie there (and someone whose favorite pie is cherry probably has different associations than someone whose favorite is lemon meringue). That’s how all this stuff is supposed to work, isn’t it?

Riffing off of both of the above reviews by Worozbyt and Beveridge, and speaking of political charge (because it’s referencing rallies and protests, I think) and ambiguity, both of which this poem has in abundance, I just wanted to point out what I’m assuming must be an unintended irony and read of this piece.  We have heard much of those bakers in the news, who because of their religious beliefs come under the charge of discrimination when they refuse to bake a cake for a gay couple’s wedding.  They lose their businesses and pay exhorbitant fines to the complainants (in the states of Colorado and Oregon at least).  Appeals have been made to higher courts over whether this is an issue infringing on freedom of speech: can the government coerce a business into serving a customer and decorate a cake with a message which goes against their core beliefs regarding marriage?  Grammatically and literally, this poem could be read this way:  When there’s no one left on the left, we can always rally around bakers and cut them into pieces.  I don’t actually believe Demaree is saying this because I’m familiar with his prior work, and he’s talking about pies and not cakes, however there are bakers losing their livelihoods and reputations because of beliefs and views that are not endorsed politically.  On the other hand, perhaps we should take him at his word: this a poem in a series of poems on fatal empathy?!  The beauty of poetry, especially good poetry, is that it can sometimes be read and support multiple interpretations that are far from the original intent of the author (or not–who knows?).  This is one of the virtues and pitfalls of ambiguity.

First, I like pie—a lot. So maybe I’m one of those people mentioned in the second paragraph. Second, what I really like in this poem is the sharp cutting it does in its few lines. The first stanza mentions a sort of giving-up on pleasure (nothing left / to like) and how the speaker draws us all around (again, those people) who do like things. What’s even more fun is that the final line allows either those people to cut the pies into pieces, or the folks from the first stanza to cut the pies or, worse, the pie-lovers into pieces. All readings lead to a comment about how it is we consider, love, and, perhaps, destroy each other. And while I generally find myself on the side of the pie-bakers, the cynical view of the unlikers cutting the bakers down could be part of the fun here: why can’t we let the pleasure of our cynical selves run loose for a second? Why can’t we say, Hey, you bakers, what good do you think you can really do?

I don’t mean to say that this is a bitter poem, only that it could be read in such a way. It could also have the pie cut and shared, as if to say, Hey, you cynics, come have some pie! The poem allows the glass to be half full, half empty, and either way allows a little refreshment.

I particularly like the last line – its specificity and, at the same time, its economy – with a few words it conjures up a scene, the baker serving pieces of the pie to the eaters, who are suddenly there without even being mentioned.

I admire and envy the cryptic telegraph of poems like this. Like a koan, they taunt us with an image of things we are, things we like, or things we do. Like the best mentors, they reward our efforts to recognize ourselves by slapping our faces with the cold fish of images that are so unlike what we expected. What we take away may vary—a sense of mild rebuke, a shift in perspective—but we all share the moment. The act of having paused to listen.

Wonderful glimpses of empathy. I like the short lines and the stark simplicity. The first (#112) so echoes what is going on in our country now, “when there’s nothing left/to like.” The last line is wonderfully evocative. Not just baking pies, but cutting “them into pieces” to share with others who also feel estranged. The second (#114) seems darker. I like “you will drown/in a black.” A great description of collapsing inward, maybe in a time of despair. And the importance of thrusting (great word) towards the suns of others. I hope you are writing many of these and will publish a chapbook!