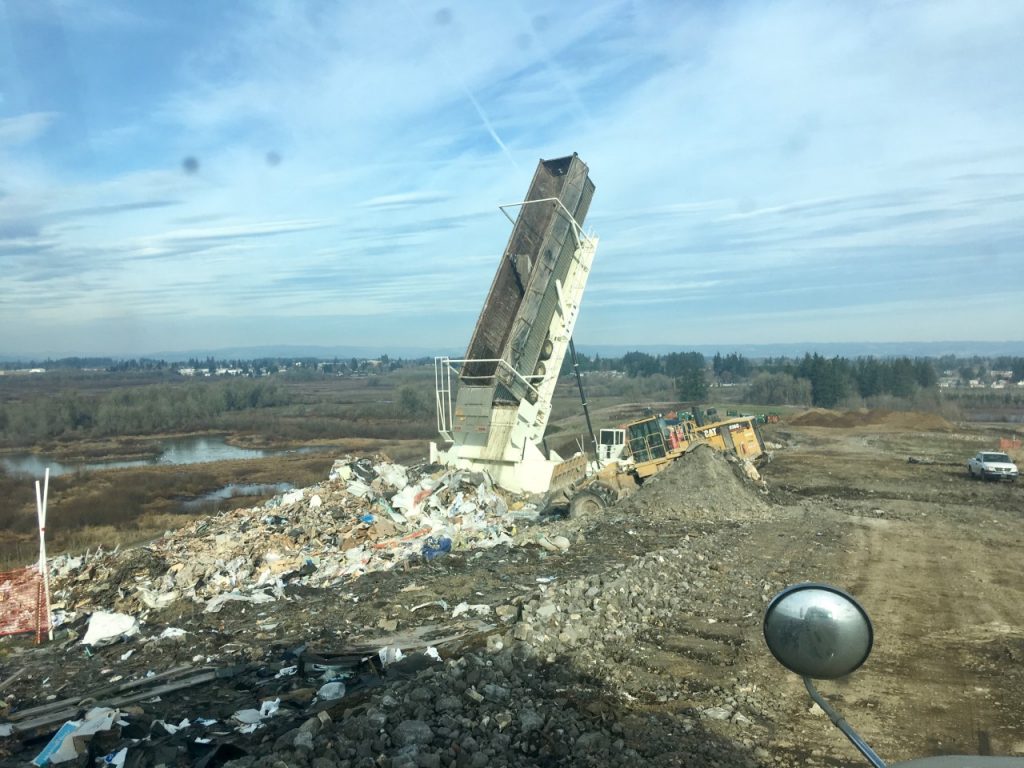 Welcome to Issue #21, and Happy New Year!  Can you believe we’re nearly a fifth of the way into a new century already?  For some reason it is striking me particularly hard this year.  Every issue of Triggerfish seems to come together and have its own feel and personality, and I used to think as an editor I had more control or say over it than I do. We place a call out for submissions in a couple of places, the site continues to hum and hover out there in vast, dark rooms with blinking lights and internet etherialness in that duplication of the spirit and material world; a parallel existence of ‘cloud’ above the earth that we can access through our individual devices at will; mundane day to day life, and then as if we could tap into a vulnerable eternity subject to whim, advertising and change, the virtual. We make choices about what goes into an issue, sure, and do our best to pick the best of what we receive, but what we choose from is determined by those submitting work to us.  Don’t get me wrong, we get amazing work, but what that’s going to look like and how it will shape up is surprising and something like a fingerprint in our time and space.

The thing that seems most characteristic of this issue is that blend of spiritual and empirical reality, and particularly darkness and light in severe contrast.  I didn’t plan it this way.  At the end of the reading period, I pull together an issue and get to look at what the pieces add up to.  It’s the same with the artist’s that we feature, where I plan and line them up way ahead of time, but which artists coincide with which issue is somewhat accidental.  Gill Sargeant is an acquaintance of mine whom I knew from decades ago but I only recently became aware of her work as an artist, thanks to my wife and Instagram.  Her work is sacred primarily, and iconographic with an apocalyptic bent, but also ecumenical, as you will see, attempting to bridge gaps, which I think we could use a serious dose of at the moment.

We are tending to get more political poetry submissions lately, many of which merely devolve into rants and venting of emotion, and tend to lack substance, and be partisan.  In other words, like any other kind of poetry submission that isn’t good poetry, it not only doesn’t help, while expressing something primal, it fails to rise above sentimentality into anything approaching art or what we look for to offer to our readers.  By the way, I highly recommend a really smart, interesting older essay I read recently by Larry Levis, called War as Parable and War as Fact: Herbert and Forché that does an excellent job talking about some of these issues.  One of our contributors in this issue, Maggie Rosen, submitted a piece that was brilliantly critical of Trump, The Silence of the Nutcracker: Trump Transition, December 2016, which we just barely missed out on including in this issue because I wasn’t quick enough–[she has since told me you can find it here].  I told her that we don’t often publish political poetry, and I’m not sure she understood why I would take this stance.  Her reply was, “I’m proud to be one of many poets who are thinking and writing about politics these days.”  The problem with most political poetry is that it’s usually too near to the event to dig deeper than the surface, or be detached or oblique enough to strike a universal through the particular.  Sometimes it takes time for the dust to settle to see clearly or do anything than mouth partisan declarations (on either side) that rise above tweets or social media posts you may be drowning in daily.  But there are exceptions. Part of the problem we are in is the powerlessness so many feel first to know what’s really happening below all the rhetoric and posturing and propaganda, and second, to effect real change.  I don’t personally feel like my vote in state or national elections carries much weight.  I’m not sure I can sift through the news or take the time to do so to attempt getting to the truth of things, and even some I know who do, admit to feeling as powerless as I do.  Complicating this further, there seems also to be a shift from national to global awareness and concerns (obviously).  The only power I feel I do have socially and politically is in my immediate community.  And, I think, many feel as I do.  Another facet of the problem is that unlike Zbigniew Herbert, who first found himself in the Resistance in Poland fighting the Nazis and later writing against Stalinist oppression (and Milosz in The Captive Mind also has things to say about this), we are still free to say whatever we like without fear of hearing our door kicked in and finding ourselves under arrest or taken out and shot for what we write or say.  Our thinking, talk and poetry don’t go through the kind of refining fire resulting in spirit, subtlety and purity of need.  Maybe our problems require different tactics?  I haven’t thought enough about this.

But, you may say, you are the editor of an online literary journal, featuring poetry and art, aren’t you?  Surely you have some power to effect change large or small in culture, right?  Well, yes, I suppose this is true.  But how many journal editors do you know personally?  Of course there are journals and then there are journals, just as with anything else.  Let’s just say we do what we can (and I’m not arguing it’s unimportant or meaningless), and you, the readers can be the judge of the impact of that.  But, if you would, let me indulge myself in perhaps a metaphorical example of the bigness and smallness of this in the real world?  For the past 21 years, my wife and I have owned a coffeehouse here in Newberg, Oregon, which we sold a couple weeks ago to a nice, younger family (and this is cause for celebration for both parties).  We are the longest running independent coffeehouse in Oregon, and would be the oldest coffeehouse period but for a Starbucks that opened in Pioneer Square in Portland beat us by a few months back in the day before anyone much had heard of espresso in America.  You can imagine the impact culturally, a coffeehouse has in a small university town in the Oregon wine country, where we featured monthly artists, weekly live music, open mics, curated a bookstore of handpicked books, etc.  This coffeehouse became a cultural hub hosting business clubs, off-campus college clubs and classes, bible studies, weekly writer’s and artist’s group meetings, people proposed marriage to one another (3 couples I know of actually married on the premises) or broke up at the tables in the cafe, wrote dissertations, and lots of messy life happened.  At the time of the sale we employed 45 people.  Almost all of the revenue we grossed, we paid out in bills and overhead over the years, but in the meantime our family made a modest living.  11 years ago, I was forced to resume my old career as a truck driver.  For the last 10 I’ve worked at a landfill as a driver of a semi, where I haul the sorted trash, after recyclables have been removed, up the hill to be buried.  I did some rough calculations:  In the last ten years, at roughly 260 working days a year, 15 trips up the hill, I’ve tipped some 40,000 loads of trash out of my 53′ trailer.  That’s a lot of trash, and at 40,000 pounds, rounded off, per load, and one tedious job.  I may have made Waste Management, and myself, more money than our coffeehouse ever made for me in literal wages! This is irony. It may also be somewhat ironic for you to imagine the editor of a poetry journal you read works as a trash hauler by day? Also, Triggerfish while it strives to promote poets and poetry and art, can’t have had the same impact on the world, virtually, as The Coffee Cottage in its community in real time, as a third family takes the helm of ownership.  How much has Triggerfish impacted you, for good or ill? We are doing what we can, purposefully, and recognizing that poetry and art always generate a life of their own bigger than we can guess, but in a kind of necessarily limited big picture and effect kind of way, if you see what I mean. Every part adds up and matters, and  I won’t say we are in the dark exactly, but we are far from in control of the effect(s) we have on others in the world. We do what we can with as much as is within our power, then leave the results up to someone else.

But back to the point, I think politics and world events and impacts start out small?  Maybe even in our community backyards?  When you think of literary journal editors, have you ever associated that with garbage haulers?  Who has more impact for positive change on the world, a giant trash corporation, a coffeehouse, or a literary journal?  When you think of yourself, as a poet or artist, do you tend to think of yourself having any lasting or effective impact on the world?  Poetry is a spiritual art and hard to quantify. To what or any degree can you know these things? Does knowing help or hurt, anyway? We must and will do what we must do and look and hope for a positive outcome. Gill says in her interview, “…I think we tend to succeed when we do what we love and do what we were made to do.” The illusion is that what you are doing is of little effect and doesn’t matter.  Appearances to the contrary.

Regarding Issue #21, for those of you who kept reading, or who skipped ahead to the final paragraph, the essence of this issue seems to me to be the extremes of darkness and light.  I think we have both with not a lot in the middle.  The last thing I wanted to say which is a fitting place to end, since it has darkness and light in abundance, is to announce that Penny University Press has just made available for electronic download a new book, Zen Baptist, by Bryan Merck, a long-time contributor.  This will be his second book on offer from us.  As you may or may not know, a central part of our mission is to promote poets who are writing excellent, important work that really matters, which has something crucial to say but for one reason or another is not finding a lot of support out in the wider literary world.  It may relate to an unpopular subject matter, or the style does not comport with contemporary fashion, or that for whatever the circumstance, this poet remains outside, but their work and voice is in particular need of being heard.  Not only does Merck have important things to say, but he is an astute observer, a good storyteller, and articulates in a plain, accessible style, with a great deal of wit and humor.  Please check it out, available for download at the link above or on our masthead under Electronic Download.

Enjoy the issue, all.  You’re in for quite a little ride. Thanks to all the contributors who made this issue possible.