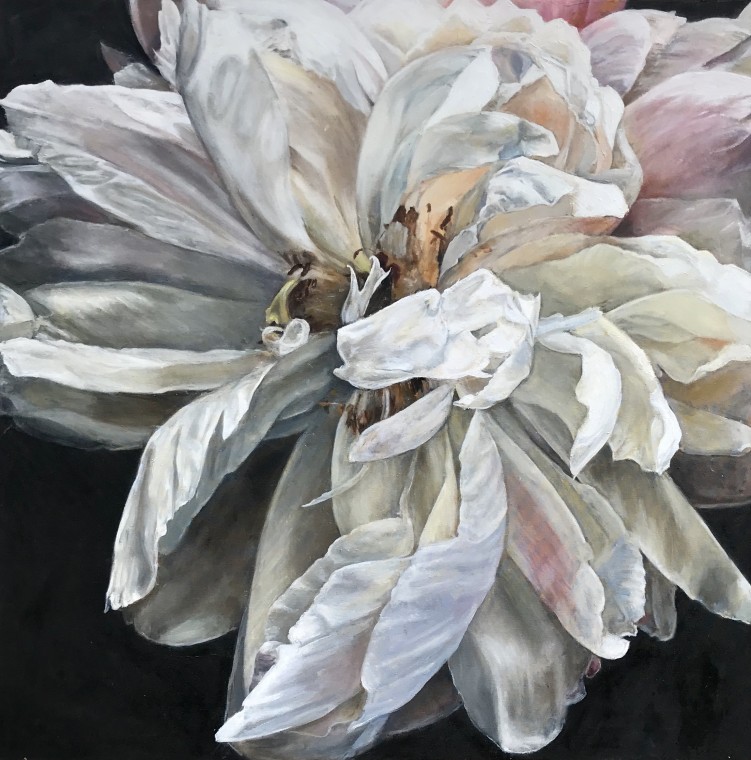 As Opposed to Prayer

Nervous and unnerved this evening, alone:
Searching for solace, something not unlike prayer.

A hope that the past will not repeat itself,
Progress: a preemptive strike, this procedure
(They call it a procedure when
They expect nothing unexpected).

Precedence and percentages: our family has a history,
meaning that some part of someone who has died
might be alive and unwelcome and somewhere inside.

Remembering: immeasurable moments, IVs and all
the unpleasant things you can’t force yourself to forget:
Bad days, worse days, glimpses of serenity then grief,
A flash focus of forced perspective—this too shall pass.

Then, inevitably, earlier times: I recall
when doctors and dentists handled us with bare hands.

Still living, then, in a past the future had not
crept up on, a time when the truth was believable,
because the only lies that children can tell
get told to escape tiny troubles they’ve created.

A cycle: she had seen her own mother suffer
while each of them made their anxious inquiries:
Appeals entreating the darkening clouds, out of time.

Like her son, she eventually became acquainted
with the white-walled world of procedures
and all that happens—before, during, after and beyond:
Hope and fear, faith then despair—the nagging need
to believe in men and the magic of machines,
or the things we say when no one is speaking.

I’m so scared, she said, to anyone who was listening.

I know I was, and we hoped that God was,
the God who may have done this and a million other things
in His austere, often unaccountable way.

In the end: she feared the truth but not the reasons why
awful things always happen to almost everyone.

Me, I envied the armor of her fear, I understood
I could not even rely on those lovely lies
about a God I can’t bring myself to believe in.

We were there: a child and the man
who brought me into this equation.

(We are made in God’s image, they say,
But it’s your parents’ faces you see when
You look at pictures and see the future.)

He said what needed to be said: nothing.
And I said what he said. After all:
What were we supposed to say, the truth?
The truth was this: we too were scared.

I’m so scared, she said, and we told her
it was going to be okay, we told her
we had reason to believe, and we told her
other things when the things we’d already told her
Turned out to be untrue. We never told her
the truth, which was that we were lying.

Fear and faith are useful if you can afford either/
Or, fear is free and lingers always, longer,
after it has served its purposeless point,
like a stain on the street, days later.

Dying is nothing to be daunted by, it’s living
that takes the toll: living with death,
living with life, being unprepared or unwilling
to be unafraid when it’s finally time to die.

I’m so scared, I say, to anyone

who may be listening in the silence.
Wondering if they can do more for me
than we could manage to do for her.
There is no one left to lie to—yet
the truth, as always, is immutable.

And so, if you are out there, please help me
to absolve this dread that no one can hear.

Scrapingly honest portrayal of the ambivalence of a person who doesn’t believe in God, or maybe isn’t sure, but yearns for the comfort of prayer.