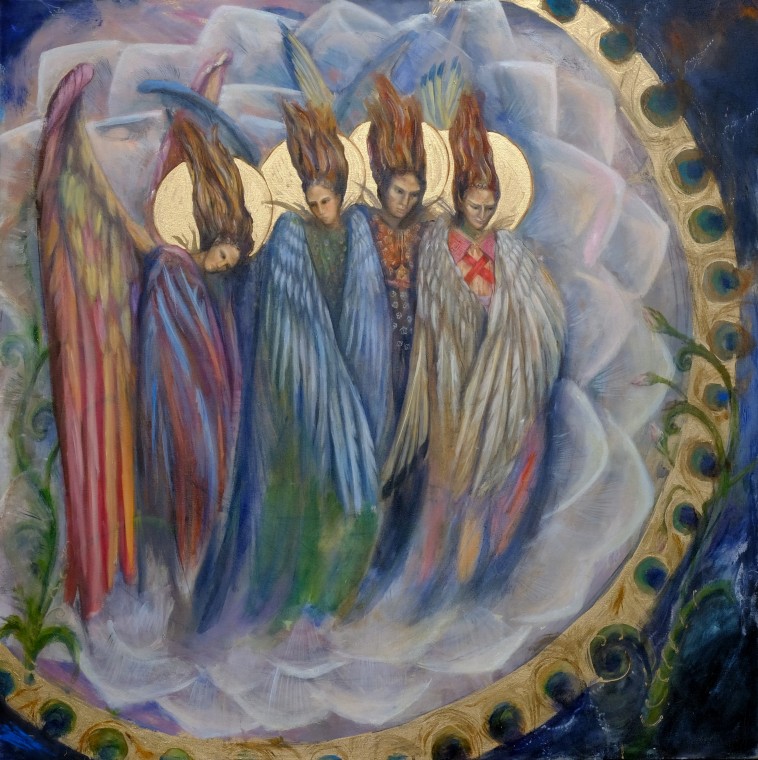 Three million shipwrecks lie at the bottom of the sea,
but not too many cities, not like Heracleion,
buried under water by delta silt and sand
for 1200 years before it was discovered
on the floor of the Mediterranean,
its streets and buildings unpopulated,
except by statues and sarcophagi.

Deep sea divers with clumsy hands struggled to reassemble the giant stones—
so large it’s strange that they could ever have been lost—
piecing the colossal figures together underwater,
their countenances expressionless and blank,
the masks of the divers and the Hellenistic statuary
hovering in the cold, impenetrable sea.

And above the dull face of the water, the North African sky
pressed its full weight against their slow activity,
as if historic memory churned the roiling waves,
as if time itself had a bottom and a top,
the past embalmed in its gelatinous depths.

But this was just a failure of perspective,
imagination tricked by the magnifying lens of the ocean.
Nothing was as looming, nothing happened
quite as long ago as it seemed.

Nothing is irredeemably lost. The past
and the present are not tossed together
in the same fortune-telling globe.

Eternity will not compress us in its watery tomb.
We are not so crowded, nor so alone.

No matter that the empty world is filled with cities made of stone.

I enjoyed reading this because I recently saw an exhibit and film about Heracleion in the St. Louis Art Museum. The poet did a splendid job of conveying the appearance and the sense of the city and the divers. I did have trouble understanding the last few lines.

This is a poem of sevens: seven stanzas, starting at seven lines, and reducing down to one, each stanza losing a line.  The poem is a meditation on time, how it interacts in history, regarding the past and present, what it obscures and what it reveals.  Beginning in description, with the discovery of Heracleion virtually intact, but empty, inhabitants dead, and hidden under water and silt.  Halfway through the poem, stanza three, a metaphor is introduced, then paradox ensues through the rest: Memory and the past aren’t lost; the past can enter the present; nothing is lost, or irredeemably lost.  But then the poem takes an antithetical tack, preferring not to be too simplistic: yes, essentially the gap of time is not that distant and things haven’t changed that much, we are still people who inhabit cities, but the speaker insists that time will not be compressed and eternity will not revert to all sharing the fate of the dead to end up in a watery tomb alike.  We will neither be so crowded as the dead city or alone.  Then another and final reversal, in the final line: It’s the world that is empty, not the dead city on the ocean floor despite the living, because both reside in cities of stone?  It’s a cryptic last line, and the poem reduces down into a spiral of reversals and paradoxes.  Is it moving forward to the present or back into time with eternity hovering above.  The poem doesn’t allow itself to be easily categorized as optimistic or pessimistic, but seems more like a pendulum of a clock, which finally just ceases to swing, but with every swing moving broader toward deeper abstraction and paradox.