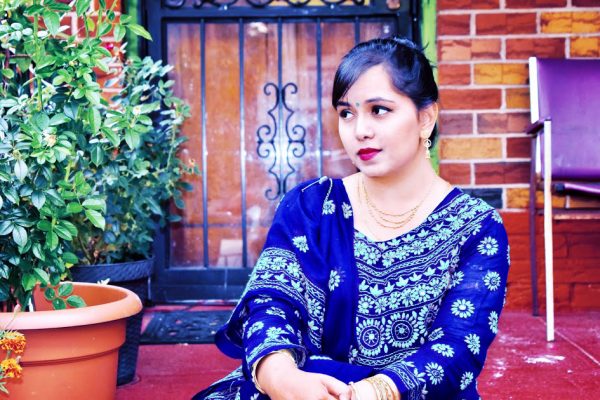 turtles in lieu of your birthday,

an aimless trip to Staten Island

to the rhythm of the rocky waves

as you speak about Darwin’s Theory

& your criticism of Carl Sagan.

I yawn in ennui & turn to focus,

& fix my gaze on the fizzy,

bubbling waters that offer a better

story than the one you are feeding me.

I had to look up, smaragdine (Latin, emerald), and the connection to the turtles fit nicely. From there, the theme of the poem matches the green color of life to the contrasting visions of living that emerge in the poem: the you from a more theoretical, scientific, broad-viewed consideration, symbolized by Darwin and Sagan, and the speaker who, bored with the theoretical and the sciencey, focuses on the turtles, the water, the story nature can speak even between Staten Island and Manhattan. And though it might be too easy to make the split between the you and the speaker (one all abstraction, one all here and now), the you is described as being part of that living nature, with dancing, charcoal hair. In this way, the poem problematizes the dichotomy, both drawing a contrast and showing we’re all in the same boat, as it were, even an old, lonely, aimless boat.

From this point we could talk about the ferry as being symbolic for the Earth itself, containing theories and realities, and that the meanings and nourishment we take can be beautiful (turtles), pointless (the trip), focused on the grand and the particular, both engaging and dull. I like poems like this, where the story of the birthday journey can help me consider this life, what it holds, and how I participate in it—a miniature Odyssey.

Riffing off of Jared’s excellent review, I’m wondering if there’s an age and generation dichotomy here as well.  The pontification by an elder to a child, student, or at least younger speaker than the subject is hinted at by the “charcoal” hair.  The elder subject metaphorically is the aged, almost-abandoned ferry.  I would have guessed the pedantic companion speaking was a man, perhaps a father, but for the mention of the birthday gift of two smaragdine turtles: earrings?  Certainly they aren’t being seen in the water between Manhattan and Staten Island.  Also the charcoal hair dances, indicating longer rather than shorter hair.  The clues of the green earrings and the length of hair tell me that this is a poem about a mother and a daughter.  It could be a student and a professor or some other relative?  Perhaps an aunt, or a grandmother?  But I suspect and choose to believe it’s a mother and a daughter and this is their topic of discussion.  There is the generational disconnect and detached lack of intimacy revealed by the choice of what goes on during the birthday celebration, evoked both through the tone of condescension from the speaker, and the narration of the failed attempt to either fill the empty silences or pass on wisdom, all of which speaks quite like a photograph in this brief poem.

What makes this work for me is the brief sketch of details offering both ambiguity and clarity and delivering tension in how they work together to form a picture with room left for speculation, and hints toward the vast amount left unsaid about the history of these two.  All of this information is packed in at a glance on the page; a moment of time in a family album.  It’s an incredible distillation.  In addition, while the elder is indicted for being irrelevant and boring, the speaker too is not blameless in reaction, and does nothing to mind the gap of the communication breakdown or repair the lack of true intimacy.  She turns away rather than speaking her mind.  The relationship is broken, and probably has been for some time.  These two no longer know or are known by each other.  This is a wicked poem, but deliciously so.