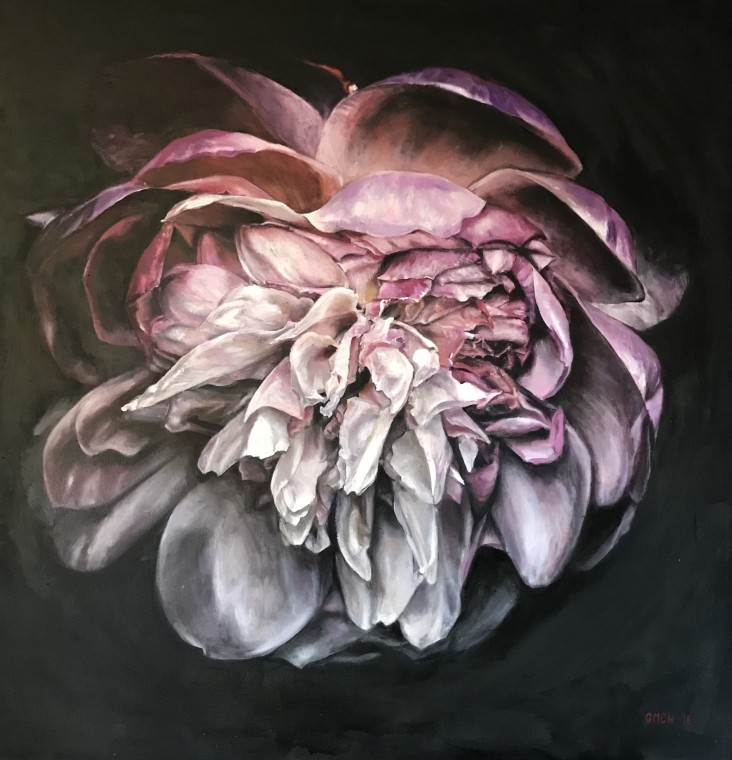 I sit quietly in the meeting.

Every lily that blooms
Cuts a heart strand—
If they could hit a little
Softer, throw on some
Trousers, get drenched
In a shawl or even a
Stylish jacket, we would
Feel better letting them
Roam.
Recall the fallen
Peony? Kinked heliotrope?
It’s great to love
Life, my dove, but think
Of the snake, its smooth
Slink, its nestle in the brick
Pile, warming and allowing
A little discomfort
To pull it elsewhere.

I don’t exactly understand this, but it doesn’t matter – the imagery is fantastic. I like the suggestion of kindly affection in the phrase “my dove.” It opens my imagination regarding who these people are and what the situation is.

This is one of those poems in which the title really deepens and enriches the poem.  I’m tempted to say it ‘makes’ the poem, but that might be overstating it, and underselling what Pearce does here (and in all his poems).  There’s a musicality and whimsy in his work that runs throughout the three poems on display here, and by the way, his collection, The Annotated Murder of One, which I’ve also read and admired which takes a Counting Crows song and riffs off of each line with poems of his own.  Some of his poems even rhyme or have formal structures!  Still, the title: it’s such a pleasure to think of someone thinking about flowers (there is an Asian Lily called a Heartstring), love and clothing, and meditating on the introduction of evil into the Garden of Eden, or at least referencing it ever so subtly by talking about a snake and flowers ( and suggesting they’d be softened by being clothed).  Which is another Biblical reference, where Jesus is talking about not worrying about material possessions or getting and spending because God clothes the lilies of the field, and how much more will he clothe and feed a child of His.  The parallel reference in the poem to the Garden where all relationship and community broke down is appropriately derivative, mundane like the meeting but still the speaker sings a love song, quietly, in distraction from where his attention supposedly should be.  The communication appears to be a gentle admonition or advice to keep eyes open–the world holds beauty and love but has an edge to it and there’s danger too, especially for lovers.  The hand is so light, the figurative subtexts so rich in contrast with mundane context, and the sonics, while not necessarily regularly rhythmic are a pleasure in qualities of sound.  And in such a small space–what more could anyone want?  I’m only mildly curious about the actual context of the boring meeting, which prompted this meditation (and love poem): I’m sure it is every meeting where no one really needs to be, but attendance is required.  He looks like he’s doodling, or taking notes.  I applaud this speaker for making a poem out of it.  I’d be thinking about what I’d be making for dinner–he’s addressing a lover and being a poet.