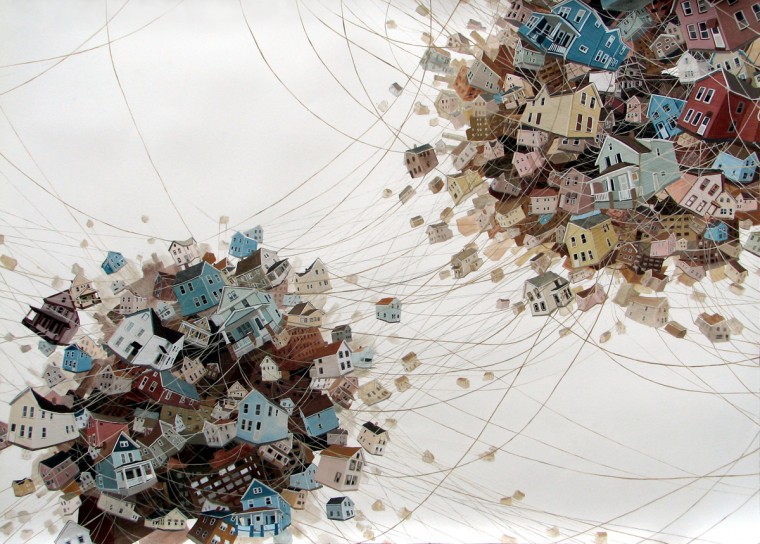 Eleven o’clock p.m.,
it is time for me
to abandon myself
to the woman
in the adjoining barstool.

She’s pleased,
says I’m just what she desired
and then asks.
without any prompting from me,
what I would want in return.

I mention
the likes of
bridges of gold
from one star to another,
a moon-fed tapestry of silken thread,
fine rubies orbiting
a flotilla of blood-red roses
and the transmigration of my naked flesh
into an inward seeking eye.

More importantly, when we lie together
long enough to emerge from darkness,
we mustn’t settle on being the usual pale strain of light.
Let’s do it exactly as the morning does it.

The movement from one’s hopes to one’s reality is often jarring. In the penultimate paragraph here the speaker’s hope for “bridge of gold / from one star to another” all the way to the “transmigration of [his] naked flesh” are images of celestial and beatifically irenic longings. And what is wonderful in the final stanza is that the contrast we’re offered is not the clichéd opposite of the speaker’s star-filled dreams. Rather, that stanza begins with, “More importantly”—that even more than the far-off dreams, the nature of light will change, that the couple, presumably after their coupling, will not “settle on being the usual pale strain of light.” Instead, the speaker hopes for a newness, a freshness. If there is to be a settling, it will not be for the darkness of the previous evening (where the poem begins, the elevon o’clock), but in that new day. While to my mind there is a toning-down of the speaker’s grander desires, there is also a real allowance for a reality that offers both progress (into a new being) and, well, a real reality, an achievable dream.

I found the evolution of this poem from stanza to stanza particularly compelling, the way it begins firmly rooted in the real and mundane—guy on a bar stool, woman beside him—and then quickly gets a bit surreal. By stanza three the language has turned full-on fanciful, images going lushly overboard, only to be wound tightly back in for the more controlled transcendence of the final lines. That last stanza holds the quiet heart of the thing, a little wry, maybe overcome by all the possibilities—rising to the occasion, outlasting darkness, an I and an I becoming a we.