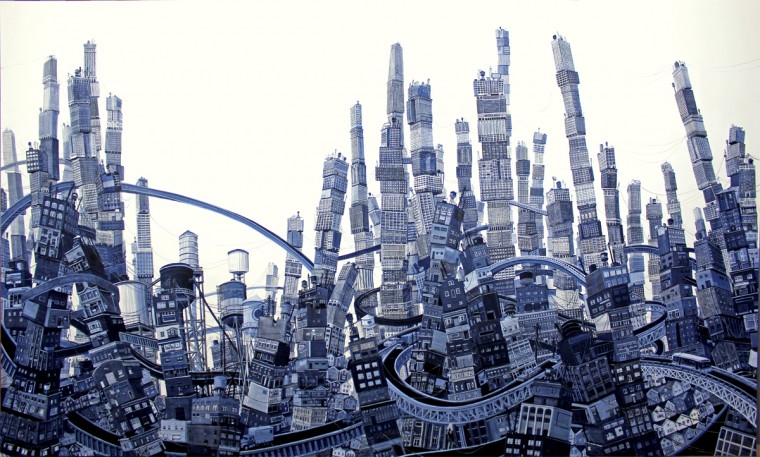 From the window of the Hercules you can see
Banana trees and ricefields give way to a great
Red scar in the green undulation of land.
Flat and clean and bisected by a gleaming
River of metal not meandering
Like the Mekong but straight as a soldier’s spine.

When the propellers stop and you step
On the runway you feel the gridwork beneath your feet
Installed in prefabricated plates practically
Overnight by these miraculous monsters,
These giants who stride the earth.

The progression in this poem is very effective. Coming in on the Hercules, Red Scar in the green undulation of land, the new airbase that squares natural world into “Precise stripes waving at right angles” to the steel runway and the awareness of the “giants who stride the earth.” With the date set at 1966, in Thailand, the echo of Vietnam still rings of war and agent orange, defoliation and death. The giants can terraform the earth and you can walk on a steel runway laid into a red scar in the undulant green. The poet resists making judgments about the change and rightfully sticks to the image of the giants turning the earth into their own image. Nicely understated, I think. I wasn’t overwhelmed by the trauma of war, but reminded of it in the background.