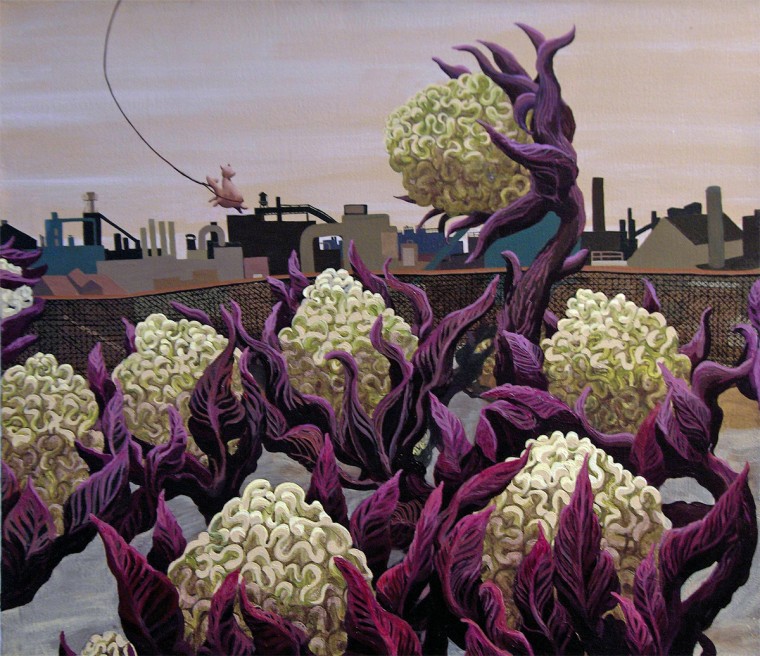 White ligustrum lined the neighbors’ front porch where everyone was meant to be drinking sweet iced tea. Where were they? Remained only the scent of white so thick my little-baby porcelain doll got dizzy just sitting on the hard-link chain suspended from porch-post to porch-post, waiting to play. Screek, screek, says the chain in the heat of August. I give Doll a gentle push, friends playing on a swing set. She falls backward on her head. Hard. Uh, oh.

She doesn’t cry, but she knows she cannot face mama now. Bees stir in the ligustrum. Somebody speaks from inside the dark house. Blue dress rumpled, torn, uh, a little.

We went to Santa Fe to hear opera outdoors, instead visited the Folk toys museum.

I hear the dear replicants’ songs: Weave marigold garlands for calavera Catrina, fashion beads of glass for papier-mâché skeletons, guard your back against the Judas dolls!

Down the Neuhauser Strasse in Munich is the hunting museum, with boar, elk, and bear in exquisite repose, like the maiden Saint Munditia encased in church just a few blocks over. Her bones are inset with jewels. Her smile is open. Her white lace is ruff-stiff, intentions intact. We live into our prospects. I turtle my drab car-coat and muffle against the drafts: old law, porcelain, the wind.

Play hits reality when a doll gets dizzy and bangs her head! The adults are having a serious discussion inside, but what will mama think about this? The falling doll, the toys and tableaux in the folk museum (probably as rich and strange as the unheard opera) and hunting museum—a complex tapestry is weaving itself into the young poet’s memory, creating mysteries and possibilities, including future poems.