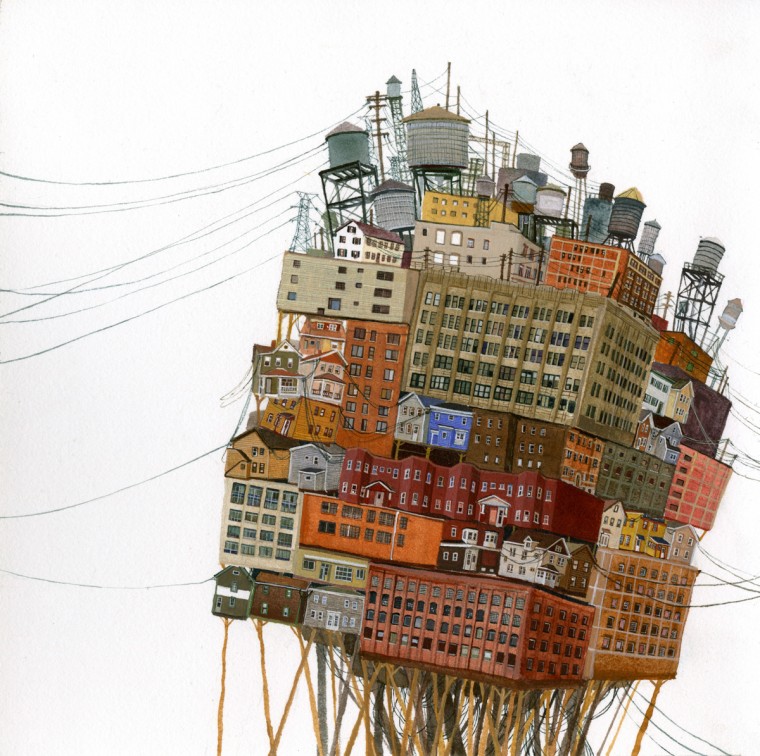 How To Lead The Life of A Truly Good Writer

To be a good writer, proclaims the writer, you must be a byproduct of hardship. Not just any hardship, but a particular brand of hardship. Ideally, you would be a hemophiliac or someone with some sort of condition. Not cancer, though. Cliché as a kindly Canadian. Cancer’s been done too many times. Second best would be you tried to hop on a freight train, a true Romantic, and both your legs got crushed. But since the odds of that are low, familial dysfunction is the most likely scenario for you. Picture it: Divorce in the suburbs. Your familial entity is being bisected like an equation you once didn’t give a fuck about, mother and father packing items, encroaching on the others’ territory. Soon enough, they will lay a claim to you. To be a good writer, you must be that child that neither truly wanted, but only tolerated, like the neighbors’ dog or the train horn on the nightly landscape. It is not a good story to have two parents who truly love and value you, who envelop you in a whirl of tenderness and perfume and soap, cigarettes and manly secrets about pussy. They must toss you back and forth, like a basketball, with no hoop in which to land, no slam dunk to validate your X years of existence. They must, so you can lament about it, dropping Is into every sentence, become a bride at every wedding, a corpse at every funeral, the axis around which the world spins. I, the writer, with the fucked-up life, a life that is comprised of nothing but darkness, with more suffering than the Book of Job. Where were you when I laid the foundations of this book, reader? Well, read on.

On top of this, to truly have something to write of, one or both parents must be drunks. Make it your mother. Too many drunk fathers. Plus drunk mothers offer a certain Romanticism, an image of hidden 1950s bedrooms, rife with booze, while the mothers plaster starched country club smiles.  Imagine your mother, as a jazz singer, someone temperamental. She drinks to have inner communion with her art, she claims in a voice that reminds you of some long-ago singer, a Julie London, a Rosemary Clooney. Perhaps some nights, after the divorce she flings cocktails in classy little martini glasses, perhaps directly at you. And ever the good protagonist, you dodge and duck the glasses, the White Russians and Amaretto Sours that strike the walls. Drunk parents are good fodder, though the odds are, you will invariably drink years from now, while fulminating against your parents’ lives and choices, things so ruined and bewildering, things that smolder in every sentence you pronounce, for you are really over the trauma, and just writing to come to terms with it. No hints of self pity there, none at all, no revenge in milking your family, because you can milk anything with nipples as Ben Stiller proclaims to Robert DeNiro, who you wish would do a lie detector test on your so-called parents. You can milk, and use the word I, over and over, the noble narratorial I, the asshole I, so many Is.

And if you can’t have dysfunctional parents, then you must be a pothead, who sinks into a sea of brightly colored pills, because the gatekeepers proclaim pot a gateway drug. Your stomach must be pumped, and people must call you a dumbass while you lie in a hospital bed, telling jokes about suicides and abortions and anything dark, anything that lingers in the underbelly of the world, beneath your sheets and in the mind, which the doctors and psychiatrists cannot penetrate. You can have ego, you can play the martyr with such aplomb. Utter that wonderful world I, I, I. You have so many options to becoming a good writer. Choose carefully, for the gatekeepers will dissect your life, fictional and real, and look for autobiography, sniffing your pages like a drug dog, their fangs bared, these self-proclaimed ubermensches with their own narratives. But you can have no happiness, for happiness is banned by the gatekeepers, and a happy story is akin to a gay Republican. An inherent contradiction. And don’t tell them of hopeful endings. Hope is all right, but just isn’t dark enough. If your life is decent, your parents’ smiles not starched, but real and true, well God bless you. But you’ll never be a writer. Condolences. Go enjoy your life and leave the writing world to the miserable.

The sarcasm here is wonderful: I actually stopped my subscription some years ago to an uppity poetry magazine because in each issue half the poems were incoherent and the other half were from a complaining poet (choose your demographic). In fact, I was very dismayed when a recent issue of a poetry magazine to which I currently subscribe allowed most of their recent issue to poets complaining of (again, state a demographic). It’s wearying, hearing people complain about how awful their lives are. Seyedbagheri’s poem reminds us that poetic art just might be about something larger than one’s misery—or at least one can hope.

This challenging poem drew me back through several readings and reactions. One pass was like a writer’s bootcamp nightmare with a cynical drill sergeant: “Write what you know, but suffer! You call that suffering? C’mon, harder!”  But it didn’t seem like a dream, so I tried to imagine the setting in which this monologue would be delivered. It didn’t seem like workshop material, but I thought you could hear something like this in the bar after the workshop, since it seems to assume an audience of aspiring writers. Another pass, I bounced off Tolstoy’s famous phrase about happy families: “Happy writers are all alike—boring and unpublished. But unhappy writers better be unique!” So many unhappy writers and bestselling memoirs—they do sell, after all. One could write a thesis on the greatest abused and abusive writers of the 20th century. But as they say on the other side of the campus, correlation is not causation.

Yet another pass sent me off to track down this remembered fragment: “Perfection of the life, or of the work”—which I found in W.B. Yeats’s poem The Choice:

The intellect of man is forced to choose
Perfection of the life, or of the work,
And if it take the second must refuse
A heavenly mansion, raging in the dark.
When all that story’s finished, what’s the news?
In luck or out the toil has left its mark:
That old perplexity an empty purse,
Or the day’s vanity, the night’s remorse.

The proclaiming writer offers a version of this—make sure you get yourself good and screwed up, or your story won’t sell. But at the end, the character is miserable, and I wished I’d heard more about the work, and less about the lives.

Behind this hilarious raspberry lurks a genuine conundrum: how does a writer accustomed to creating characters communicate their own persona? Brutal honesty is so tedious. The protagonist in any story can be flawed but must still intrigue in some way. So a nip here, a splash of color there, and the version of a writer who satisfies the intended audience emerges. There I am at last. No, it’s not the person who sits in the back of my head and makes droll comments about me when I am sloshed. It’s not that other. That detached awareness. It’s not him. The truly good writer is a character I created, and not the mysterious character who is creating me.