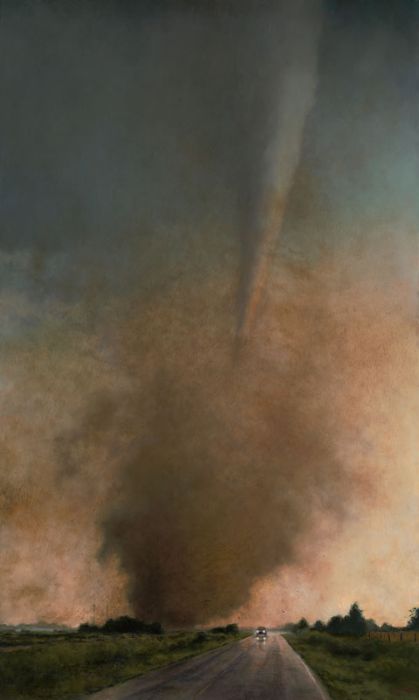 Audio for Swept the Garden

From a life long past a wave came:
a silent monk sweeping the dirt
in the garden path beyond the zendo,
ragged broom, black robes, shaven head,
sweep, sweep, as leaves fall all around,
a breeze stirs the dust and black maples,
swish, swish, the only sound
is the leaves and the broom on the path.

From a trail of tears a sigh came:
the breath of a child letting go,
in the end, and falling, a long corridor
in a dark building full of whispers,
while before his henchmen a warlord
stands calm and still, yellow demon mask
reposing where he does not smile,
prepared for anything, a looming
nightmare that terrified me as a boy.

From a day gone still a voice came:
whisper of wound and cave, myself
as a child, a youth, a man, all three
at once, the eldest holding the youngest
against fear, all painted with ochre and dirt
before a wet shelter ditch where youngest
self once hid to spare the storm,
now held in love as we watch the lightning
this time with joy and trepidation.

From future lands a boy came:
fragile, sturdy, running to the summer sea,
backlit by waves of particled scintillant light,
roar of surf the roar of white light dying,
roar of road and wreck and jail,
and under the roar a silence a block of crystal
a leap into light, last echo of cathedral voice
ring chanting sacred prayer for who are lost,
prayer of ancient monk who once