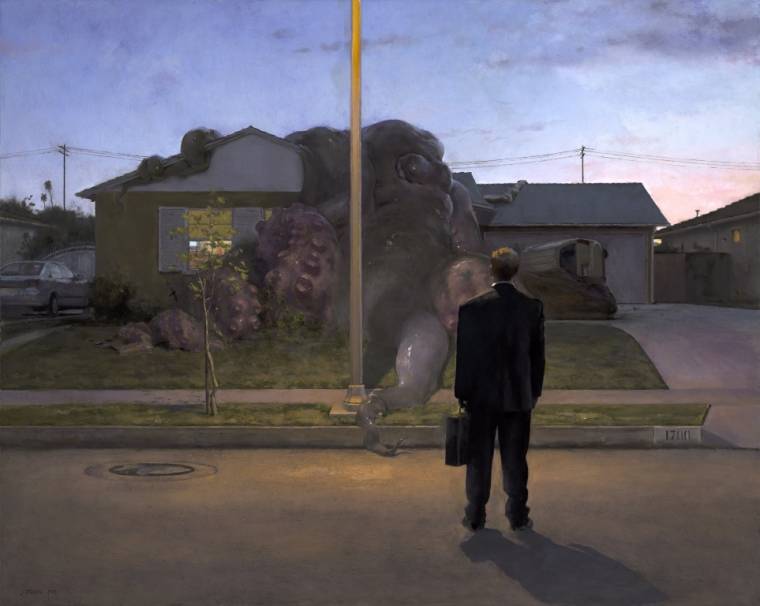 where’ve you been? she asks knowing

There’s that certain ambiguity in Margot Brown’s still hero that we find in other modern or post-modernist poetry. One line of thought holds that ambiguity in art emerges out of the attempted dethroning of God by Humanism. We live in an era of uncertainties. But I don’t know that all of this applies here because the family in still hero does sit down for prayer at the supper table. God is still there.

The poet confirms the poem is about alcoholism. Saturday afternoon in the poem catches the narrator in her late childhood. It’s childhood because an older teen might express bitterness about searching the neighborhood for a besotted parent. The necessity to depict father as hero would not be as likely if the disease were a wholly physical one like Alzheimer’s. Alcoholism is a disease with an emotional component, and to society a descent into alcoholism involves the will — rightly or wrongly. There is a lot of ambiguity about the disease, which comes through in the poem — whether intentional or not. As stated, the narrator is looking at the experience through the eyes of a child. But she is also assessing the situation as an adult.

he shuffles into the kitchen
confused to be home

This is after the mother has been on the phone to neighbors, after she has sent the kids through the neighborhood to look for dad. The pantomime is now a ritual.

When father comes home, he is like a “damaged dog.”  This is revealing of both the child and the grown-up narrator. And there is an unease at the dinner table:

The love for the errant, confused parent comes through, though. Equally astonishing is the déjà vu quality of the writing. In this fine poem we are transported back to a particular afternoon, if a representative one, replete with macaroni, Lassie, oil cloth butterflies and eavesdropping neighbors. We can almost predict the tilt of the evening sun.