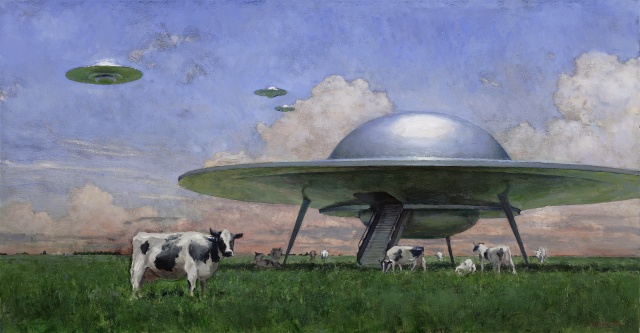 How can I possibly translate this?

Today I met a fisherman. He was sitting near a boat launch,
fishing for some specific ambiguity.
I’m certain of this.

Something fishy
and entirely significant was going on;
a kind of conditional, unconditional, and had been
too long.  Not nearly enough.  All that noise.

I could feel him feel me stroll up beside him, single oar of hand
thrust in my coat pocket, the other clutching an orange
Styrofoam cup, cigarette slithering in its fingers.

I think I sat beside him on the other side of the concrete boat launch
being gently devoured by a lake.

I’m guessing it’s ok for a lake to do this.
The earth was overcast,
enriching its ok colour.

“What kind of fish do you usually catch here?”

He told me a buddy of his said he’d caught a rainbow trout,
but he didn’t believe him.

It was;.
I was frightened for my life.

On the opposite shore,
distant maples brightened with a nice breeze of death.
I watched like a red tailed hawk as he reeled his hook,
baited it with a hot-pink marshmallow,

flinched when he cast his line, singing, back out into water.
Factual currents of wind chopped possible water into sections of moral interwoven.
Possible: a faint conga line of ducks.

I flew away somewhere, any where, never to return.
Possible: these moral convergence of force.

I pulled a lungful of smoke from my Marlboro,
sipped at my cup of bland gas-station coffee,

wondered at trance-esque reflections of reed and horsetail
undulating before our bodies like computer animation,
like shared, lonesome, representative hallucination.
I did.

I wanted to disturb the water with a pebble,
save the slick lives of fish, but I didn’t
want to be rude.

Instead, I noticed the bodies of horsetail
left exploded like trick cigars,
the flush of their offspring
lolling like tissued air
over the lake.

Instead, we breathed various molecular direction into our capillaries.
Then we breathed them out.  Then we repeated this process.

Every so often it gave in, out,
offering, reprising a shifting role
in starved/gluttonous futurity,
agreeing to be occurrence,
no choice.

Everything is something else.

Or some tidal wave
sitting near a lake
in my heart.

Or this man, this man I met once.  This fisherman I always talk about.
He looked just like an abandoned paradox coursing with blue flame-ribbons in some city
buried far away in my chest, its normal dramatic infants shrieking terribly with the indescribable joy and indeterminate, normal awe of being eaten alive.

And I’ll tell you friend, whoever you are;
In all my lives, I’ve never seen
such a thing.