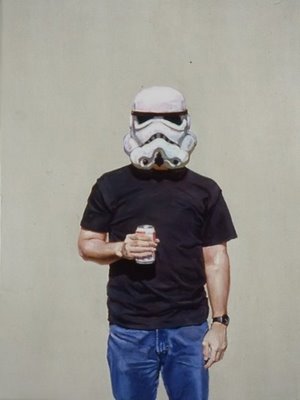 “Green Shirt” is Boss Hog’s best song—not the fictional, white trash bigwig but the band.
Who names their band after a character from a lousy TV show? Well, given enough time,
everybody does… you know: a thousand typewriting monkeys, a billion years, the
complete works of Shakespeare—only in this case instead of a pound of flesh we get
Chandler Bing. (They think they’re covering Tiffany but really they’re just ruining Tommy
James.)

Somewhere, the world happens exactly as it happens except today you wore a different
shirt.

This is how ignorance works: the multiverse crops another void. Who knew?
(No worries; Heaven remains a hope that taken completely out of context this will make
total sense, will sweat a clean profundity through all possible shirts.)

In 1492, Columbus bought the farm, neuro-syphilitic.

Think about it. It will all be true.