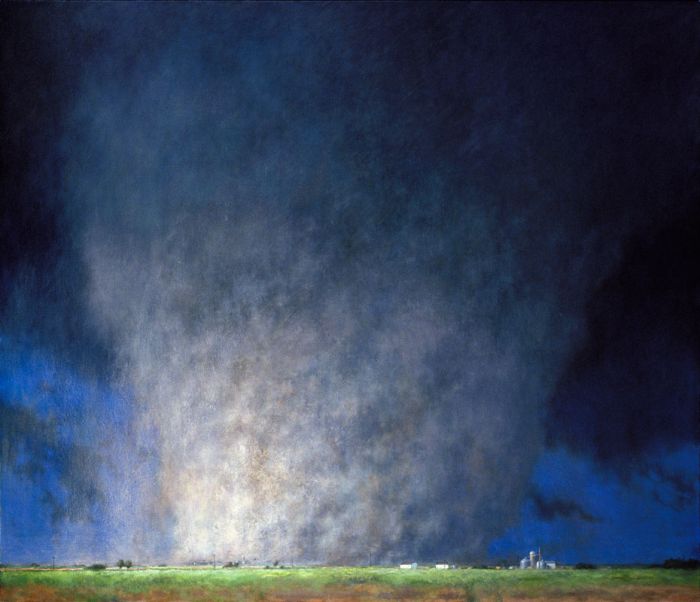 For beauty is nothing but the beginning of terror, which we are still just able to endure,
and we are so awed because it serenely disdains to annihilate us.
Every angel is terrifying.
—Rainer Maria Rilke, the First Duino Elegy

sudden, at the hilltop,
the angel a sustained explosion of light
we covered our eyes, blind, terrified;
was this god or demon, soul-drinker, soul-stealer?

voice out of light, saying
don’t fear, be of joy but we,
not knowing, could not understand,
only hear through blank white of mind

it drove us down the road,
down from our dim cold hillside pastures,
to a hovel near a mud-walled inn,
light exploding everywhere
why didn’t anyone else notice? surely they could see?

white fire made the rest of the world still
silent and pressed back from blasted ears
our eyes hidden behind raised arms
shadows darker for the light, till we tripped over
every path stone and ember

then quenched, the light gone out as sudden as arrival
after a moment sounds returned to the world
we were still crouched by the stone wall
the sheep, dumb as rocks, hadn’t seen a thing

what was that? we asked each other
blank with unknowing, the light
gone, but then we saw that one star
which had bloomed over the east part of town

and there it was, the trail
we had been shown, the place behind the inn wall
around back, nothing much, just dirt and straw
but what we found there—

what there was to find there
I can only name poorly, so brilliant
the afterimage of exploding light
it looked like an infant’s hand
reaching towards the sun

somewhere, over another field
down some other trail, we knew
the light shall explode again
announcing to whoever would listen
that a great thing had happened

that cold night
bringing shelter to each of us
born unsheltered, born to be cold
now reborn in fire, to be warmed,
to be home, to be stood
against another bright wall, a long time from now
remembering, everything