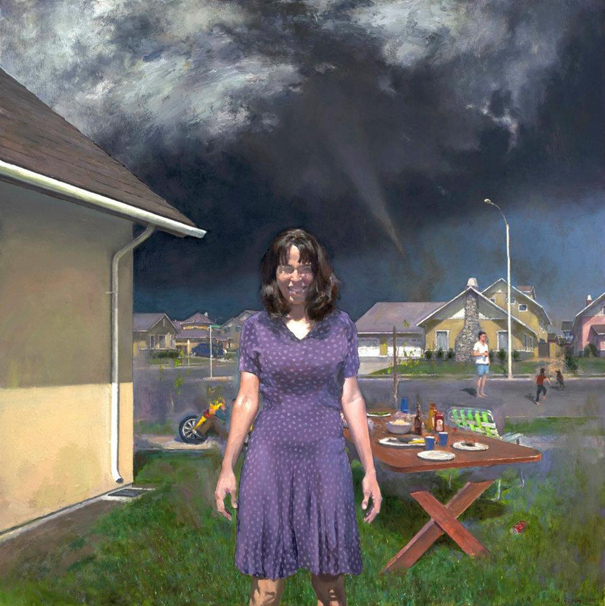 If you believe it was porridge
all those dumb blond jokes weren’t wasted
on you. I like my Glenmorangie
neat — no water — no ice —
and you can forget

the slice of lemon to match
my hair. It’s chestnut; eyes jade
as the lies that lock me here
in this storybook affair. Three
so-called bears? Don’t believe

for a femtosecond I flirted
with zoophilia. Oh, and those
chairs? Have you ever done it
on a swing? I’m not talking
rocking and lullabies. Those cowboys

strode in, eyes wide open
to my lasso and boots, spurs clinking,
till they were so tightly wound
they dripped like syrup. They knew
what they were getting.

The bare truth: I didn’t taste
any porridge or try any chairs.
There were three beds and three men.
I slept with each of them
one at a time: the first,

too soft, the next, too hard.
And you might think I was fussy.
But I knew my mind and the fella
who came in third was just right.
You can call me hussy.

Margot Brown wrote Naked Truth in response to a call for a poem that would shatter a fairy tale. The narrator, now a brunette, aggressively tells the reader he’s a cad for believing all the old blond jokes. There are no cute bears and in place of porridge there is a malt Scotch whiskey called Glenmorangie. Instead of the bears there are three stud cowboys. The new Goldilocks doesn’t so much violate a home, rather she violates the expectations of the reader.

Well, what are we to make of the revised Naked Truth? For one, this fearless Goldilocks does not run off into the forest. She’s worldly and tough, closer to a licentious, if liberated, modern woman. This Goldilocks does not judge the quality of the bed, instead she goes to the heart of the matter: she judges the sexual abilities of the three cowboys. Truly, this is no longer a fairly tale.

Okay, so this protagonist is the opposite of the traditional Goldilocks. Initially, a reader might ask, “Is this emancipation?” Rather, for the purposes of Naked Truth, this is an unveiling of “woman imperfect” — willing to acknowledge herself without apology. This harkens back to Charles Dickens’ efforts to rehabilitate prostitutes in 19th century London. A number of the young women couldn’t stand the norms of the school he founded for them — and returned to prostitution. Likewise, in the Naked Truth, freedom means being real. It means not apologizing. If the poem had more circulation it would be nitro-glycerin.