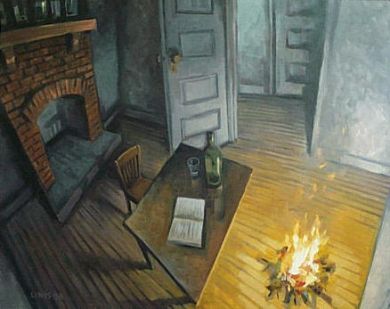 When I was a girl, Pocahontas moved into our guest cottage. Pocahontas was part-Indian and part West Virginian, though some said she was actually Mexican and just pretending she was our Indian princess. Whoever she was, Pocahontas had the longest, blackest, silkiest hair I’d ever seen. Her hair fell all the way down to her knees in long shimmering sheets, and she swung it from side to side so it swayed around her hips and buttocks as she walked. Pocahontas was a fountain of hair, a prayer of hair, a liquid song of hair. As a girl I was certain she was far more famous than President Nixon and Henry Kissinger, too After all, everyone knew Pocahontas. At least everyone in our town knew her. Or her hair. My father said she was the prototype for the lady on Land of Lakes butter ads, but my mother wasn’t so sure what she was a prototype for. Still, she’d say, Eat your butter, and it will make your hair shine, just like Pocahontas’. A dairy farmer, my mother knew margarine would never work like that. She told me that Pocahontas was a hair model, and you could see her hair in ads on television for shampoo and conditioner and hair dye. We didn’t own a TV, but I liked to sneak down the path to the stone guest cottage to spy on Pocahontas. Usually Pocahontas wasn’t home, but once when I peeked in through the bushes behind her house, and I saw her slam the door in a man’s face. Pocahontas, he yelled, but she didn’t open up. Rumor had it she didn’t open her doors to any men. Men just weren’t her thing. That bitch, the man swore as he walked away, kicking the gravel driveway with his shiny leather shoes. That damn bitch. I could see Pocahontas watching him from her kitchen window, a smile on her lips.