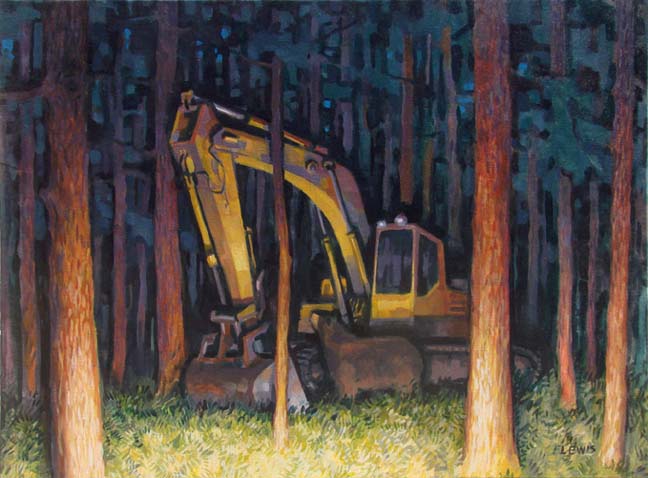 as she removed eyelashes,
lipstick & wig

the mirror revealed
bruises on my neck

and offstage I heard her
pleading for me to stop

but I continued,
dancing on men’s tongues

Justin Robinson says about this poem:

….”Glamour” is a difficult poem for me to analyze. Many of my poems, including Glamour, come to me subconsciously. For this particular poem I felt compelled to create images that matched feelings I cannot to this day fully understand. I cannot put my finger on one singular meaning to this poem, but I think the beauty of Glamour is its opacity. The poem was an accident. I do not know who it came from or why it was given to me….”Glamour” was born from thoughts of absurdity, isolation, anxiety, and most of all hopelessness.

What I get from this work is not something straightforward in any kind of narrative manner. It seems to me more impressionistic and floats from image to image to form a new sense that coheres after the poet derails the prior expected or obvious ‘sense.’ Rather than being about a stripper, as some on the editorial board suggested, because of the line, ‘dancing on men’s tongues,’ I was picturing a carnival setting perhaps because of the goldfish in a bag, maybe a circus performer or a trapeze artist. She could just as easily be a model, an actress, a burlesque performer, or perhaps even a man in drag…man in drag may make the most sense since “he” waves through flashing lights. Or the ‘he’ waving might be the goldfish, or the child in the audience. Really I think the poet is mixing up POV and narratives and perhaps even metaphors. All we are told for sure is that there are two performers; the speaker on stage replacing a performer who just left it, but still interacting and speaking with one another, and an audience, about whom they seem to be speaking. However this subject seems more about providing a texture and context for the poem, metaphorically, rather than it being the true subject itself. The poem that ‘Glamour’ seems most closely descended from is Creeley’s ‘I know a man.’ We get the emotion and the violence, a trajectory through misdirection rather than narrative, and a sense of performance that is grotesque, but no sense of who or what the players are exactly. Robinson seems to enjoy setting up an expectation and then to twist surreally on it.