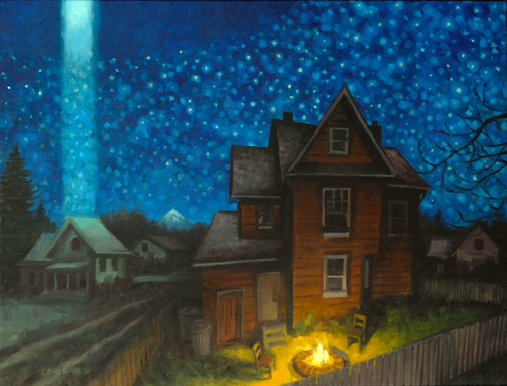 I was teaching a class at The New School after giving a reading when David Lehman asked me questions about writing The Book of Orgasms. Do you remember the sexy notes editors sent you? he asked. I didn’t want to talk about those notes. Like the email that one editor sent that said: I could use an orgasm today. Or the editor who gave me his phone number, address and photo of himself in a seductive pose. I was relieved to hear from Denise Duhamel that she received weird notes, too, after writing The Woman with Two Vaginas. I love vaginas, one man wrote. But the creepiest was the call I received from this guy who said he was in my town, just passing through en route to Chicago. He said that he had always wanted to meet the real Nin, that he had known a topless dancer called Nin once. He was sure my poems were composed by a big-bosomed babe who could shimmy and writhe. I asked if that meant he wanted my poems for publication. Yes! he said, adding he was willing to pay. They’re $500 a piece, I told him. But the ones with the gold-capped tits sell for a grand.

The very brief short collection of Ms. Nin Andrews’s Stories I Rarely Tell Because I Feel Like a Bitch When I Do are a delight to read. Their brevity and lightness are comically striking, in particular as she prods on difficult subjects of sexuality and cash. One has a sense perhaps that if Sample: wants to be, Sample: and other writing pieces such as That Bitch and That Damn Bitch could succeed as topless dancers in the narrative world of literary workforce. They should be and ought to be. The sassy dame, Sample:, for instance is captivating. The way she sways her vernacular hips around the floor of the page with strategic words such as ‘I could use an orgasm today’ or “’I love vaginas, one man wrote’ which easily excite the reader’s eyes and ears to the deadpan humor of her world. Another savvy touch of Ms. Andrews’s vignettes is her clever literary device of provoking lickiness in the readers: the desire to lick a page, a woman with two vaginas, an email, or David Lehman at any given moment after reading the works. It’s an exciting, comically tactile world Ms. Andrews has created and a titillating reading experience to be a part of for the reader and critic alike.