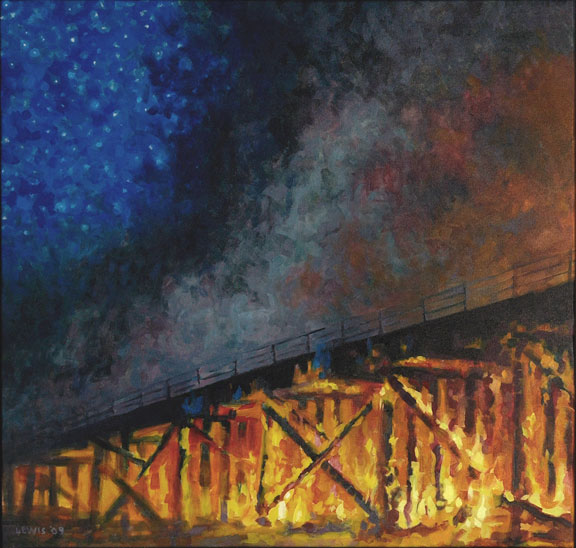 In the country where I grew up,

only women become presidents. Yet every election season at least one man runs for office. At least one man petitions supporters and delivers speeches on behalf of the male gender. At least one man runs on a platform of equal rights, justice, opportunity, and wages. Men, he says, are born free, and yet everywhere are slaves to the ladies. Even the most ambitious become mere house-husbands, waiters, maids, and janitors. Even the most hard-working earn only seventy cents for every dollar the women make. The more the male politician speaks, the angrier he grows. Slowly his skin begins to burn, his voice to blaze. His words rise into the sky as cinders. Then he too rises. His followers watch, open-mouthed, as he ascends into the sky like a torched paper caught in a gust of wind. This is what always happens, the followers whisper as they dust themselves off and check their hats and coats for fallen embers, fearing they will be the next ones to catch fire.