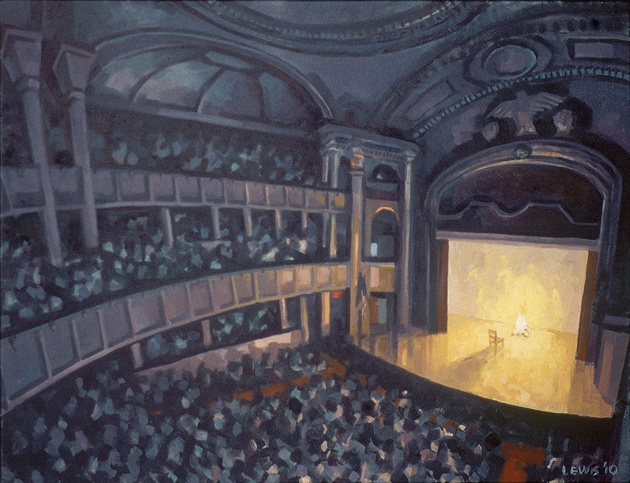 David Foster Wallace, hired by Harpers to take a luxury cruise and then write about it, says in his essay, “I, who had never before this cruise actually been on the ocean, have always associated the ocean with dread and death. As a little kid I used to memorize shark-fatality data…I want them [his students reading Crane and Melville] to feel the same marrow-level dread of the oceanic I’ve always felt, the intuition of the sea as primordial nada, bottomless, depths inhabited by cackling toothed-studded things rising toward you at the rate a feather falls…And the ocean itself…turns out to be basically one enormous engine of decay.”

–David Foster Wallace, “A Supposedly Fun Thing I’ll Never Do Again,” from the collection of essays with the same name.

Steve’s poem, “machine sea” is a riff off of a submission from another contributor in this issue, Justin Robinson, which we had been discussing, who subsequently withdrew the poem after it was accepted elsewhere (“The Metal Whale”). It bears no resemblance to that poem, other than maybe the oblique reference between titles. If you ask Steve about this poem and express how difficult such a piece might be to review, he shrugs and says, “It shouldn’t be difficult to review—it’s all about language.”

Steve has written a series of wild sea poems in this shanty-like vein, and it is indeed about language, but also his love affair with the sea which may in part have something to do with the fact that he inhabits an ‘island’ with not only a long seafaring history but a literary history about seafaring which finds its way into the language, and is himself a yachtsman. All of this comes into play and is incorporated here. So the poem has not only language and play behind it but history, some of which is only there by virtue of nuance and invention. Through some of these portmanteaus and phrasings Steve collapses or manages to encompass broader history via linguistics. For a small example of what I mean, let’s look at “morbay.” Mor could be a variant of Moor, which is exotic and in keeping with the piece as he references “Jamaico” and mentions Cathay, which is an old english way to refer to China, but more probably mor is being used as an Irish/Gaelic term which as an adjective means, “big, large, great,” and as a verb means, “magnify, exalt, praise,” both meanings of which could apply here in connection with ‘bay.’ Also mor and mar (sea) are close. This no doubt only scratches the surface.

Mostly I think what Steve is about here is evoking and sustaining a mood, and it seems a very Romantic one, starting with “ugh a dread” which immediately sets a Poe-like tone and then is reinforced through the strong sense of Anglo-Saxon single syllable sounds, heavy in consonants of “r,” “s” and “b” through the opening few lines. Sonics are as important here as linguistics in my view—they nicely complement one another. The history embedded in the language invokes a nostalgia as well. Times long ago were harder and simpler and more mysterious, and there were no Ipods or health benefits. We have traded danger and the strange for a little comfort and certainty and knowledge, and I think Steve can go to a place where some of that mystery and history can be revived through his poetry and the impressionistic moods it conveys. Some of it is just whimsy and stream of conscious flow around a subject and people he loves, probably little of this on a conscious level, but what’s amazing is how it coheres somehow without the reader necessarily being able to say why. Like Wallace’s tooth-studded sea creature is a sense of the numinous rising from below and bubbling up, spiced by little dissonant jolts of post-modernism (e.g. the global perspective, viewing the sea as mechanical). I find this a tour de force and could personally read stuff like this all day long.