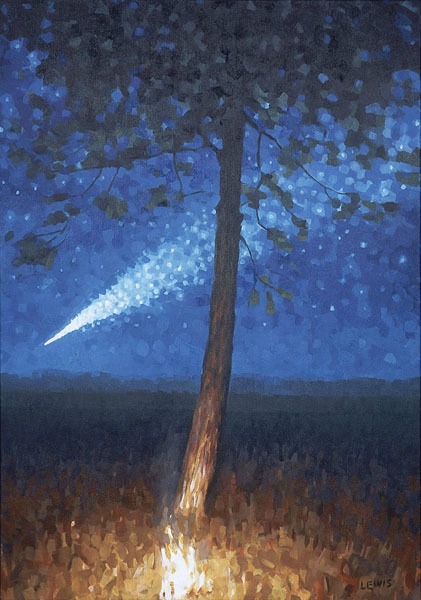 My daughter was born with one side of her face gone. The ear they are grafting from the side of her hip will not hear my voice, or the tick of my engine cooling after the long drive home, or the wind I hear at night rattling through razor wire—what a dumb shit you are, it says and skips off to cool the brow of a banker drooling bloody Marys over his wife’s pearls, floating on silicone and Coppertone. Three of her teeth float somewhere inside her like pearls after the operation where blood spurted up like water from a

hydrant. Her mother was good enough to write then, to let me know… “even though you don’t deserve it”. Dude on C yard—the one who struts with a towel skirt and safety pins his lips together, who loaned me stamps, well three bloods jumped him—stains still dark as blackberries ground into the sally port—blood like a son-of-a-bitch till the med tech stopped it with the towel—screams like a woman in labor carried clear to security housing. If I could just let loose like that—howl up to that dark star ripping a hole in the sky, just let the shit out, unstop that bottle, fermenting like a toilet full of pruno, then maybe…but no. No matter how many wolves mass in my throat, no matter how many different ways I beg for it, the one thing I never was given—the one thing I still won’t beg for– she’d never hear me…never.