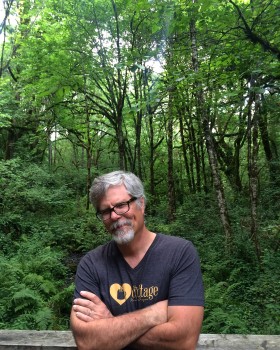 I recently picked up a copy of Ben Lerner’s essay/book, The Hatred of Poetry, after walking by it and snickering every time I saw it in the poetry section of Powells.  Then finally, what has it been, 4 years? picking it up and weighing it in my hand and looking at the price, and then snickering for a different reason. After picking it up, putting it down several times, then finally buying it, I’m glad I did.

I’ve read two of Lerner’s other books, Angle of Yaw, because I’m a student of the prose poem and I was disappointed in that one because he takes a tack with the form that I’m not personally attracted to—abstraction and polemic is my take—this isn’t necessarily a criticism of the book, but it also might be. Then I read his novel, 10:04, on a whim, and I liked that better. It’s a very sad book in what it says about the younger generation, in reflecting its confusion, and that of our culture at the moment, but it is brilliant and engaging reading, especially as a critique of those things. After reading The Hatred of Poetry, however, I think I may like his criticism best. It was worth the price, but even better might be a library copy, unless you want to mark it up, as I always do my books.

Lerner’s premise is simple but very compelling, and I’m not sure I’ve ever heard it talked about explicitly before—people hate poetry, even poets!, because of the ambitiousness of it and the corresponding likelihood of failure. It is a spiritual artform attempting to be articulated in words. It almost always fails to do what it sets out to do. The stakes are further compounded for a poet who is trying to defend poetry to nonpoets. Starting with the first line from a famous poem of Marianne Moore’s, a brilliant ars poetica, she says about poetry, “I, too, dislike it” :

‘Poetry’: What kind of art assumes the dislike of its audience and what kind of artist aligns herself with that dislike, even encourages it? An art hated from without and within. What kind of art has a condition of its possibility a perfect contempt? And then, even reading contemptuously, you don’t achieve the genuine. You can only clear a place for it—you still don’t encounter the actual poem, the genuine article. (page 5)

Most of us carry at least a weak sense of a correlation between poetry and human possibility that cannot be realized by poems. The poet, by his very claim to be a maker of poems, is therefore both an embarrassment and accusation. (page 13)

Then finally, (not his concluding statements, but the rub for me regarding Lerner’s argument), is the irony of pointing out Plato’s/Socrates’ problem with poetry from The Republic and the poetic nature of the Dialogues:

Plato is a poet who stays closest to Poetry because he refuses all actual poems. Every existing poem is a lie, and Plato ‘reads’ the claims made on behalf of those poems and refutes them in order to promote the endless dialectical conversation that is reason over the false representation that is an actual poem. Socratic irony: perfect contempt. Plato’s famous attack on poets can be read, therefore, as a defense of Poetry from poems. Socrates: ‘Of that place beyond the heavens none of our earthly poets has yet sung, and none shall sing worthily…’ (page 18-19)

I find this a compelling argument, and have felt it, and sympathize with it, without having really ever consciously thought it through this way before. Plato diagnosed poets as a problem in a just Republic, but would they still be if they got it right? In other words, my problems with so much poetry, whether mine or others’ is because it falls short of what part of me knows it should be, followed by the inevitable disappointment. In some ways it’s something simple, obvious and a truism, and in another way a surprising realization borne out by experience. And still, we continue to read and write work despite our better judgment—fulfilling the definition of insanity, making the same mistake over and over but expecting a different result. Why?

Perhaps this is an extremely bad way to introduce Issue #20? Of course every poem is a failure, but isn’t it often in the failure and in the distinctive ways a poem fails that makes it so interesting? Not only that but in a like way the ways different poets respond to the works of others? In a poem’s grasping after something hard or impossible to articulate it requires the audience’s participation in filling in the blank? Which is perhaps where the critic comes in. And this is why I think we like to have peer contributor response. It’s fun and comes round full circle for a poet to have a work read and commented on by others in the issue. And to some degree this problem and ‘hatred’ of poetry could be applied to all art and artistic endeavor. Artists sometimes hate their own work and sometimes feel like they they may be writing in or to a vacuum. It always helps to hear back from a reader even if they hate it—the worst form of failure is to be greeted with indifference, and sometimes the love and hate are indistinguishable.

I was talking to a friend this morning that I’m trying to get committed to grading the individual poems in my manuscript with keep, maybe, discard, to help me narrow it down to only the cream. He was sharing his frustration with my request and says he has a hard time choosing which to exclude, viewing them almost as souls and not wanting to consign any to Hell or the garbage heap (which is ironic because the subject is a Landfill, which might also be Sheol, or at the least Purgatory), so I said, okay, if you can’t tell me the ones to cut, at least tell me the ones you really like the best, so he replies, that’s the problem—the ones I like the least are the ones that I think actually work the best. His problem may not be a hatred of poetry so much as too much love? Which means that he is not going to be of any help to me at all. But it’s a helplessness that I can not only excuse and forgive but for which I might even be grateful.

One of the more accomplished contributors to Issue #20, Nin Andrews, edited a selection of the prose poems of Henri Michaux, Someone Wants to Steal My Name. In her introduction to this volume she recounts her introduction to Michaux which tells of her struggle to complete her senior thesis (a manuscript of poems). In order to inspire herself she was reading contemporary anthologies. She says, “One afternoon, in a fit of bad temper, I phoned David Lehman, my professor, to announce, I don’t even like these poets. I fumed about how much I particularly disliked the nature-boy poets, as I called them, and the confessional ladies.” Lehman loaned her a bunch of books, which as you might guess, were prose poets. She especially gravitated toward Michaux. She goes on, “Henri Michaux was the perfect antidote for my winter blues and poetry tantrums. He’s not even a poet, I raved enthusiastically to David. He’s something else.“

Some poets can only approach poetry through nonpoetry, or maybe a better way to say it is that because poetry is always in flux, sometimes the best response to bad poetry, or poetry that is lying, is with poetry that is so different from the previous poetry that it has stopped being recognizable as poetry? One way to do this is to hybridize and blur the edges of definitions. Or maybe like Plato, you decry poets, but end up writing like one? One of the frustrations with poetry inside and outside is the near impossibility of defining it. But this is also it’s awful superpower.

Poets like to approach topics indirectly rather than head-on, which I’m trying to do in this letter, on a lark. We have a really good issue here and I think you should read it. There’s a fair amount of prose poetry in Issue #20, and a good variety of other strategies, all reflective of my taste, which is unavoidable. All readers and critics and especially editors are judges of work and make decisions about what to include and exclude, just like poets. They choose what they love, and sometimes maybe even what they hate, because those poems won’t allow them to pass by unmolested, unchanged. One of the tests is whether a poem sticks in the memory and won’t leave you alone. I will end with more Lerner:

I’ve written in its defense, and in defense of our denunciation of it, because that is the dialectic of a vocation no less essential for being impossible. All I ask the haters—and I, too, am one—is that they strive to perfect their contempt, even consider bringing it to bear on poems, where it will be deepened, not dispelled, and where, by creating a place for possibility and present absences (like unheard melodies), it might come to resemble love. (page 85-86)

I think it’s more accurate to say we all have a love/hate relationship with poetry; perhaps art of any medium. My sincere hope is that you will read the issue and feel something. And remember, sometimes hatred isn’t always bad.