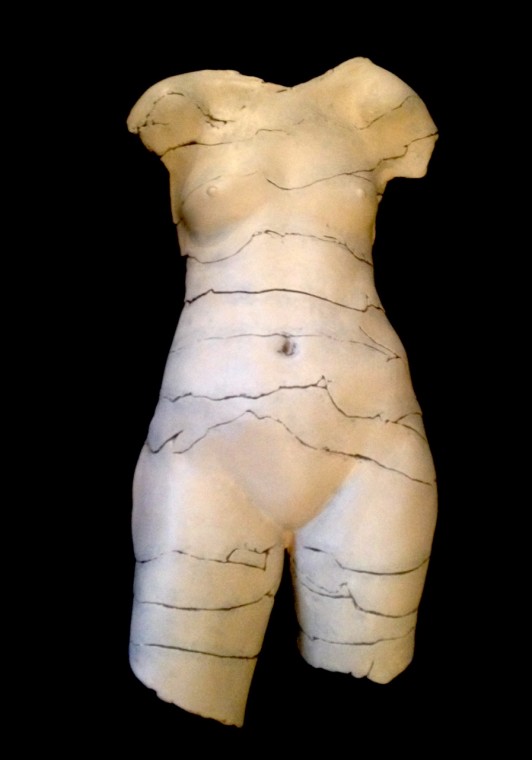 Has it breasts, has it edges?

(after Plath’s The Birthday Present)

I. Is this the one I am to appear for?

Each day, skulking the antechamber,
I entreat an audience, kissing up
to those who decide. When the door

I nod so hard at what is said my brain
sloshes. I feel it swell—my tongue
thickening, my eyes starting from my head.

As we rise to leave, I realize I’ve wet myself.
and linger, ashamed, until the hall empties.
The ones with clipboards know.

II. Is this the one for the annunciation?

I master the scourge. My scabs crust
maps, borders between one night
and the next. I slap at the dumb face

in the mirror and spatter it. No other
voice but mine worries the minutes.
No angel announces quickening.

Outside, a siren, a shopping cart rattle,
a dog howls to its neighbor. Inside,
the same clatter, the same whine.

III. Must you kill what you can?

So it seems. Something for the
forensics team, for ballistics.
Everyone weighs in.

Finally, I invite opinion.
I am passed around
like communion. All partake.

In her poem, “Has It Breasts, Has It Edges,” Devon Balwit both honors Sylvia Plath’s poem, “A Birthday Present” and creates her own beautiful, lyrical, and dangerous poem. Like Plath, she convincingly addresses the shadow-side of being a woman, of being the second and powerless sex, forever “kissing up to those who decide.”  Also like Plath, she places the reader on the knife-edge of suffering where one hears one’s own monotonous voice, a siren, a dog howl, a shopping cart rattle. There is no comfort offered in her lines, no rescuing angel. Instead, Balwit takes you to that place of feminine, existential despair, imagining her own death as being passed around like communion. As with Plath, I shuddered when I read her lines, and I also nodded, Wow.