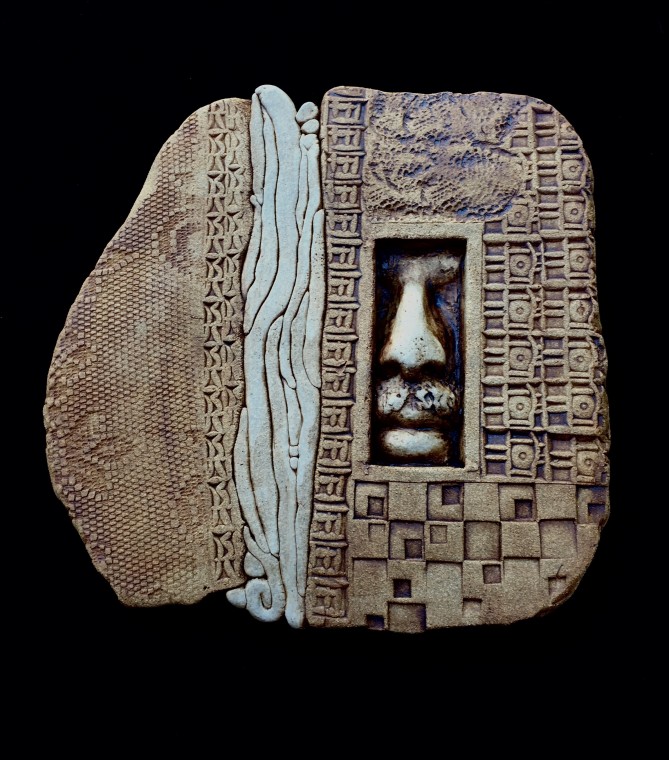 Grief Does the Darndest Things

I only have one post-it note left on tap,
So here I go.
I’ve been told I should have bought
cigarettes or lottery tickets,
or start a new eccentric collection,
along the lines of ALF pogs or
Mickey Mouse telephones.
I declined, and instead,
scrawled this on a door,
since I couldn’t find a book,
nor a nook or cranny
hanging around, loitering.
Chemical lines spilled, nonetheless.
There’s a light left on.
And of all the things you decided to haunt,
on your usual Thursday evening
late night talk show comedy routine,
a Swiffer Mop was involved in the fiasco,
on the fritz this evening,
Jurassic Park Dilophosaurus spraying disinfectant
at me for sixty seconds. No human at the helm.
There was a light left on.
Perhaps I switched it on and forgot.

Grief Does the Darndest Things immediately grabbed me with the reference to goofy videos. I know kids do the darndest things, but grief? I appreciate how Trivett uses that tension, that contrast between the enormity of grief and modern trivialities to propel her poem. My favorite part is the switch to direct address where the speaker accuses the you of haunting them with a “late night talk show comedy routine.” Grief has disoriented the speaker. Perhaps a ghost has entered their life. Either way, I wanted to laugh and cry at the same time, the darndest thing.

Review by Tara A. Elliott

For me, poetry is at its best when it uncovers a universal truth–something that for the most part, we’ve all experienced.  Alyssa Trivett does that for me here because in having lost my father at the age of twenty-four, I understand all too well, the oddities of grief.  When someone dies, particularly someone close to us, we tend to look for them to resurface in spiritual form, to lend us some little inkling of letting us know they are okay, or that they somehow still exist, though perhaps in another form.  Trivett illuminates this for us by symbolically telling us, “There’s a light left on.”  She continues by showing us a malfunctioning Swiffer Mop which creates a comedy of errors for the speaker occurring at the same time in which the recently deceased used to watch a “late night talk show comedy routine”.  I love the image of the mop as dinosaur, and how this happens not for a few seconds but an entire “sixty seconds”.  There is almost Lucille-Ballesque quality to the whole incident.  That this particular incident happens at the precisely the same exact time of the comedy routine is not lost to the reader.  It is haunting.  It is a haunting.  It is this particular coincidence that illuminates the truth for us: in the aftermath of death, we look for these connections; we relish these happenings.  Trivett even repeats the line (with a minor change) to ensure the reader is not left in the dark, “There was a light left on.”  Like most of us in these not-so-coincidental spiritual moments, the speaker attempts to negate what just might be occurring, “Perhaps I switched it on and forgot.”    The deeper irony is in the spray itself, “disinfectant”–a killer of the bacteria which can cause disease.  Not that we have any indication that the spirit died of disease, but it’s a nice touch, and one not lost on me.