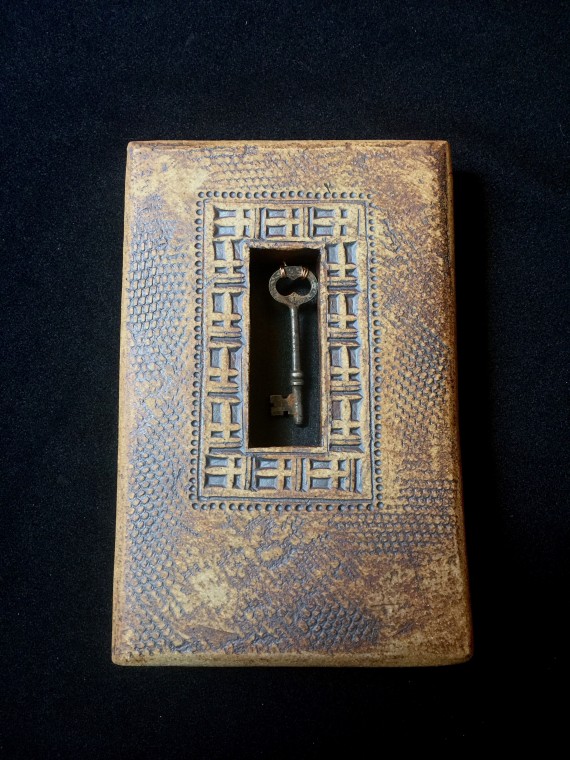 SLAMS, its rusted spring stretching and contracting
smacking the green wooden frame into the jambs,
startling the dog, again.

We could remove the spring, let sifting air slow the door
to a whisper, politely to conclusion. Unless the wind
rips it from our hands, then WHAM!

We love it, stored in the shed all winter, remounted
with the same nine screws every April to make its noise,
to complete the house, contest Spring’s virginal quiet.

It has never been re-painted and no one should replace
the rusty spring, the cranky hook, dating to grandparents.
This is what we say. Every damn year.

The spring whines and screeches on a dry day, with no subject
but closure, and the kazoo flies that love our food and remains
live quite well between its openings and closings.

We yell at kids “Don’t slam the door!” This is mere tradition.
They are violent, reckless, confident, the door a reminder
of our own once stupid, happy days that makes us ready

to warn them to slow up like us, whom the door ignores,
and that’s the point. Why we love its Big Bang,
that expands the universe senselessly as breathing.

At the very first opening line, Paul Nelson’s “The Screen Door” transports me back to a simpler time. It pulls me into his poem, as if I was right there next to him. Those of us of a certain age all have memories of that rusty, squeaky screen door, letting in summer’s fresh air in the days before Air Conditioning was considered a necessity. The memories of the loud bang when the door would slam shut, is perfectly portrayed in his closing line, a delightful play on words and celestial events: “Why we love its Big Bang, that expands the universe senselessly as breathing.”

Review by Tara A. Elliott

Paul Nelson grabs the reader from the very first word of the poem, “SLAMS”.  Coupled with the title, it instantly makes the reader think of their own screen door, whether from current times, or times past.  The one that comes to mind for me is a white wooden frame on which my father had stapled fine mesh chicken wire over the screen, because our dogs kept slitting the original screen with their claws while pawing to go outside.  That’s how well this poem works to transport the reader.  And it’s done with auditory imagery which keeps popping up throughout the poem, hitting us with that damn slam of the door, not only with onomatopoeia (“SLAMS”, “WHAM!”), and rhyme, but also in the interplay of the shortened line lengths following longer, more metrical lines, “This is what we say.  Every damn year.”  By the end of the poem, Nelson covers much ground through the history of the family door, ultimately reminding us that we must “slow up”–notice that it is the small things in life that can take us from the inner space (the house), to the outer space of our ever expanding universe, launched by nothing more than the door’s “Big Bang”.