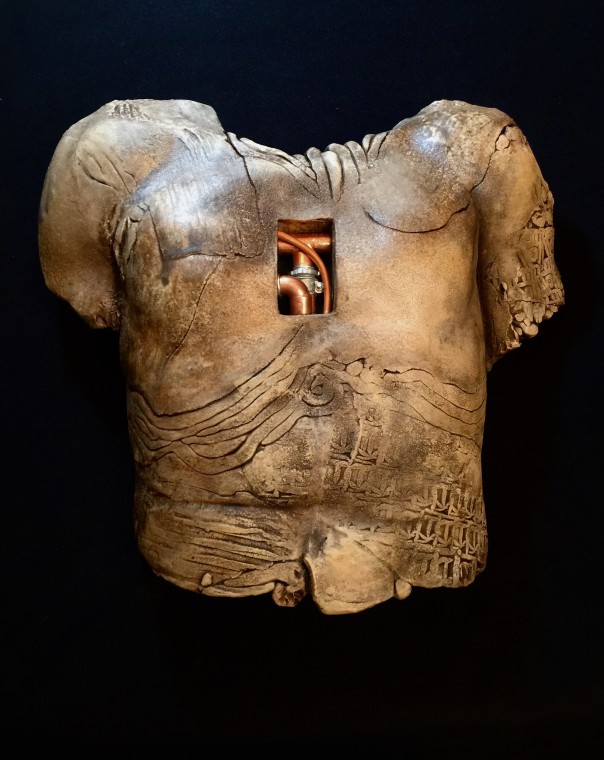 (after Plath’s For a Fatherless Son)

One day you may touch what’s wrong/ The small
skulls, the smashed blue hills, the godawful hush

Surely, some professor’s tenure rests on what
Plath meant by this, footnotes and addenda.

I do not, only the wrongness you would touch
in me would you go looking, not hushed, but noisy,

grating as PSYOPs speakers, endlessly looping,
no small skulls, but my own, vise-clamped,

bitterness wrenching ratchets, no blue hills,
but a treadmill’s worn path around a millstone

and the rasp of its grim grinding. But right now
you are dumb. As are two pressed on opposite

on this and that side of death, the dumb mound,
the silent headstone, the urn. You cannot imagine

what it’s like in here, and I cannot help you.
You will be aware of an absence, presently