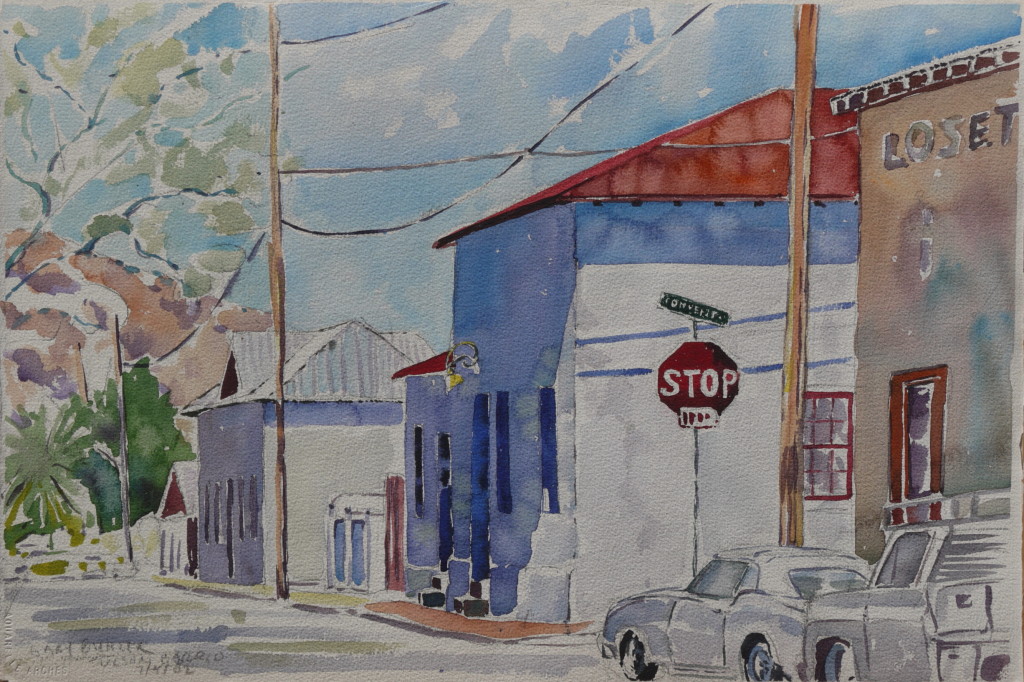 This poem is a character study with an edge. The “professor” in this poem, we learn soon enough, is a long-term bus driver with a penchant for talking about the slave-encouraging habits of early U.S. presidents. He may be real. He is described realistically, starched shirt, badge, Spanish-language ability, cheerful attitude behind his shades –

What he says isn’t cheerful news, isn’t anything we passengers want to hear. He delivers it without offense, though, lightly, so that we have to take it in. “Washington owned eighteen slaves at Mt. Vernon.” We’ve heard this information before and filed it far back where we won’t feel it any more, and here it is on a bright morning in some unnamed city as we ride to work, maybe. It doesn’t go away, it’s part of our daily lives, this history of slavery.

I like the line, “his eyes hidden behind sunglasses impenetrable”. This driver isn’t going to let us go about our business without his reminder. He won’t do us the courtesy of condemning the slavery himself, either, we’re going to have to acknowledge it ourselves. He’s a teacher, all right.

I enjoy the structure of the poem, riding along on the bumpy bus from stop to stop. It’s only much later that I realize that the stops are named for the presidents he’s telling us about, Jefferson, Washington, Adams. He’s just the tour guide. It’s up to us to draw the conclusions.