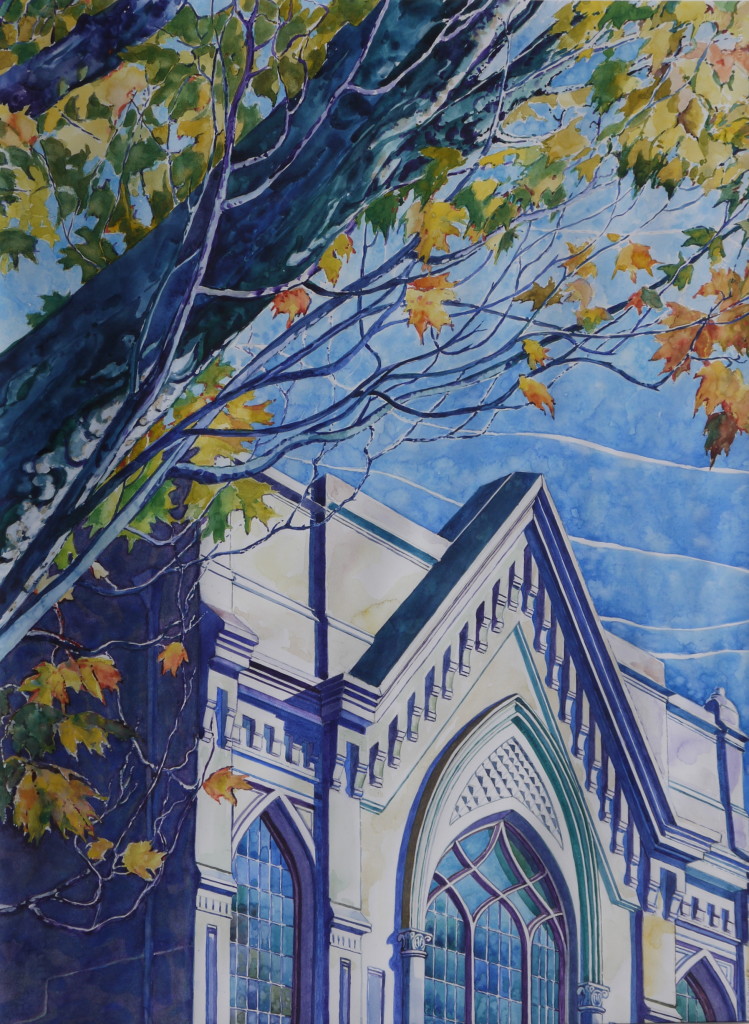 I stopped at the stop sign on Route 44. A mother
dressed in brown sweats and ball cap pushed
a brown stroller ahead of me. She blended in
with the soybean field landscape. I wanted to roll down
my window and yell at her for not standing out more.
If I almost didn’t see her, there’d be others
in a bigger hurry who couldn’t slow down. Then I saw
her little tow head spin around and wave a little
pistol like he meant it but I think there were bees.

I am not sure how to read this poem Hoodlum. A nondescript stranger and child are in danger of being run over, due to their blending with the background. This is certainly a familiar scene in real life, notable only for the occasional tragedy that results from being nearly invisible in traffic. Motorcycle riders have the same problem. A child waving a toy gun is commonplace, too.

The simple thing is to take the poem at face value. The prospect of danger is coupled with possessing a token weapon against harm. The irony is that the weapon is useless against both the potential danger of a speeding car and the actual danger of a bee attack. The simple thing is to say life has its random disasters, some foreseeable and some not so foreseeable, against which no talisman is effective. In broader terms we might even say the universe is indifferent to our plight in that regard.

That would work; but I think a better reading is to treat the poem as a parable or allegory of society.  Accordingly we can say that the mass of ordinary people is in danger of being run over by unseeing others at any moment—others with power, with money, with alliances. It is an oppression by those with the luxury of not caring what happens to ordinary people. Maybe it is the slum lord today, maybe the politician tomorrow. It is the stuff of revolt and revolution. The waving of a gun against such odds is a fruitless gesture; yet it is perhaps the only gesture available. From this concept might come the Hoodlum.

I am never sure what this or any other poem means. What the poet means is never really the point, though, is it? It is only half the point. The other half is what the reader (listener) says it means. To me, Hoodlum is a good example of one principle of communication. A message is made only when it is both sent and received. So the meaning of any poem is always a mix of what the poet means and what the reader says it means. I enjoyed this poem because of the way it made me seek various meanings. Every poem should be so interesting.