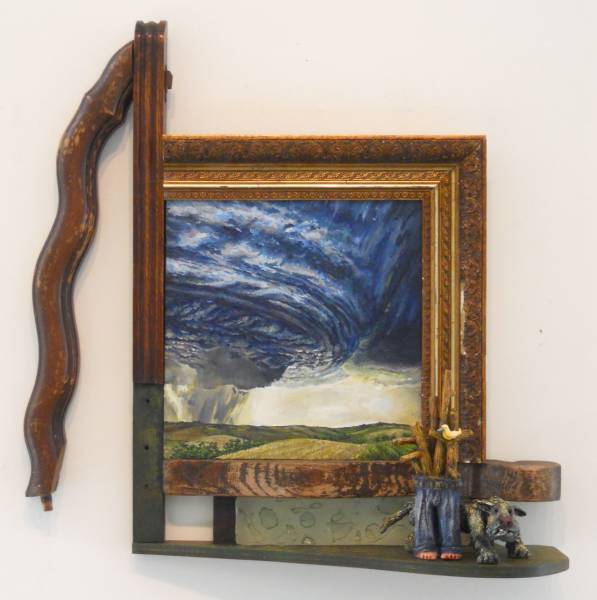 My God, he was a devil of a man to make
my lady weep into my head before she rode

with the heaviness of a sparrow, broken
winged, broken-hearted, her eyes furtively

cast down murmuring stories to me as
she passed through the shuttered town.

Only I know her secret. I am a horse,
no opinion, they gelded me for less, neither

“Nay” or “Yea” to tax. There is not a man alive
who knows that before her regal ride,

there were tears. Ghosts become alive
when they are haunted by bickering.

She straddles me, her waves of tears, her diaphanous
white shift, the seeping blue shells that she sets

on the garden stones to tempt glass-eyed birds
to mate. She is planting a poison garden, sowing

wolfsbane and nightshade to settle to the mulch.
I am nothing to her but a strong neck, a strong back.

Having spent a few years living in Coventry, the home of the Godiva legend, I thought that I had heard every possible version of the story that I could, or would want to, hear. However, Laurie Byro has presented us with a version of events quite literally from the horse’s mouth, which proves quite a refreshing change. It’s quite a clever move as it gives the reader a viewpoint from not only a simple, almost dispassionate, onlooker but also from one who is painfully close to Godiva herself.

The opening couplet delivers a notion of duality in a casual, conversational manner:

My God, he was a devil of a man to make
my lady weep into my head before she rode

When the horse is referring to “My God”, is it referring to an actual divine being (do horses have gods?) or is it referring to Godiva herself in a diminutive form? I’d like to think the latter and perhaps the intent was also to link to the theory of Godiva as a later incarnation of a pre-Christian goddess, akin to the Welsh Rhiannon (also linked to horses and also an innocent forced to do penance).

This couplet also ends on the word “rode”, which is not only the past tense of ride but also the name for the chain of an anchor. This hints at the idea of shackles and leads us into the “heaviness” of the next couplet.

The second couplet nicely wrong-foots the reader with its image of a heavy sparrow. Sparrows, of course, are not heavy at all – but a sparrow with broken wings? It’s difficult to imagine anything heavier. Likening Godiva to a sparrow, especially a broken sparrow, highlights her small fragility.

Moving on to the fourth and fifth couplets we have mention of the taxes that were the centre of the legend. Godiva asked her husband, Leofric, to lighten up on the taxes as the locals were being hammered by them; he refused unless she rode naked through the streets which, of course, she did. Now, in my opinion, we have here the only slight down point in the poem. Byro has the horse saying “Nay”, which I find difficult not to read as “neigh”. If this is deliberate then I would say that it’s a misplaced pun; if accidental then I would say that it’s unfortunate as it injects an element of humour which I find out of tune with the rest of the piece.

In the seventh couplet we have Godiva wearing a “diaphanous white shift”. The commoner versions of the story have Godiva naked but there is a school of thought that she was a penitent being paraded through the town in her underwear. I think it a brave move for Byro to subvert the expected and to go for the unusual.

The story is possibly subverted again in the eighth and ninth couplets where we have Godiva planting a “poison garden”. Do we have here an imagined explanation of what happened after that ride? A plan to take revenge on Leofric for his strange psychosexual power games? The line reads:

wolfsbane and nightshade to settle to the mulch.

“To settle” could, of course, also be read as “To settle the score”.

This brings us to that beautiful final couplet:

This is an elegantly presented piece in ten couplets with a pleasing iambic rhythm which doesn’t overpower the natural flow. It has one of the finest final couplets that I have read in a while and one that will stay with me, I suspect that it will resonate with many other readers too.