Skip to content
THE ETERNITIES
I am more intrigued by the eternity that preceded my birth than the one assumed to follow my decease, the one ahead, so to speak, the one with no end. I think we should take better care of the beginningless one. I’m not sure how that might be done, but I feel it. Some might light a candle for it. The very brave might look into its eyes, assure it of its existence, hold it in their arms for a minute, the mute identical twin with its limping starless wing—

Here is a piece that looks simple and brief, and only four sentences in five lines, right? No big deal, even assuming you might be sympathetic to an experimental hybrid like prose poetry. It says to the reader at a glance, I am more prose than poem, not even broken into lines, you won’t have to think too hard — until, that is, we come to the last clause, or maybe even the last three words — then one realizes this little prose meditation opens up into poetic lyric through brevity, an open-ended metaphor and flight.

By using his birth as the punctuation between eternity, Wright gives himself a platform on which to divide, reflect on, and speak about two halves of timelessness, that mysterious dimension outside the constraints of time which typically is thought of as separate and unbreakable — often uninhabitable by any but God and the dead — unless peered into by someone within the constraints of time and, as such, subject to flux, growth, progress and life — or the reverse, degradation, harm, brokenness and death. And in the middle there are choices. Those subject to time not only must change but also must suffer every sort of indignity. That’s the bargain. Some astrophysicists today are trying to argue away from GUTs (unification theories), and symmetry, saying that the attempt to make or discern everything as beautiful, sensible and symmetrical is wrongheaded and retrogressive. They point out that in symmetry everything is static, and only in asymmetry in matter and energy is complexity and life possible, and that we will never be able to come up with a theory for everything, because it, like God, doesn’t exist.

This is a very Catholic poem, but not overtly apologetic, pretentious or defensively so — just quietly, faithfully and personally so. For the speaker, we get the sense that much has already been decided, by him or for him, and most of his life is already past, and this is okay with him. Through this very brief personal reflection we find ourselves drawn quickly over our heads into a metaphysical and philosophical arena dealing subtly with unspeakable expanses of time and space. If one was near the end of one’s life, the conventional expectation would be to try to peer ahead, think about, maybe second guess, what’s coming. One would suppose that would be where one’s interest would most lie. But not this speaker. The prose poem deals, in turns, in thought instead of linebreaks, and the central turn is this surprise in his preference. He has broken the eternities into a beginningless one and the endless one. His concern seems to be with the one before his beginning, as if it needed more care and attention and had been neglected by theologians and philosophers — at one point he wants, in a Catholic act, to light a candle (and the implication is, to pray) for it. From his point of view, to look very long at this eternity requires bravery, for this eternity is silent and wounded, in need of reassurance, love and comforting by us here in time, for this was a time before the big bang, before matter and energy, light or heat, and God was alone, everything just a thought in His mind, before He spoke it into existence. If Time were a bird, we’ll never know that harmonious world beautiful, in flux but without punctuation — we only know the disintegrating wingbeat, falteringly as full of pain as joy, us in the middle, that has a beginning but ends in a dash. 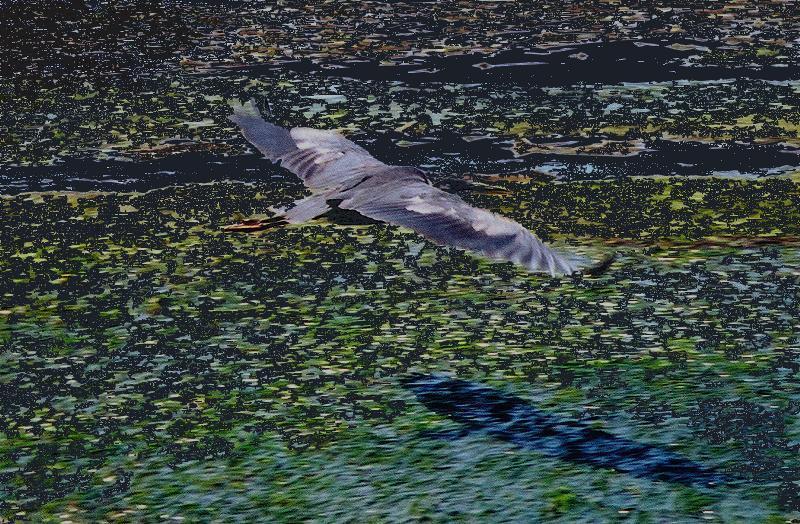